It’s crunch time at the UN climate talks. Catch up on the latest and sign up here. 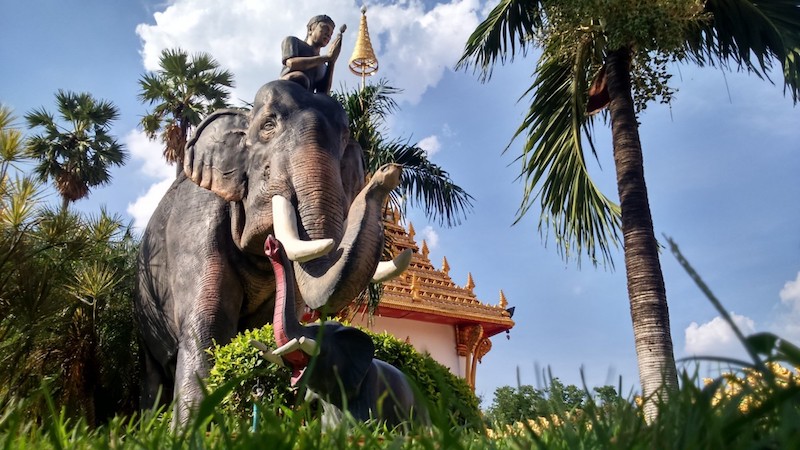 By Megan Darby and Natalie Sauer

Ambition is not on the agenda here in Bangkok. That is, the bigwigs stress the urgency of climate action, but there is a lot of technical work to do that they’re trying to keep as apolitical as possible.

It seems to be working. Aside from a dispute over whether to set up a separate discussion about registries (don’t ask), procedural shenanigans have been kept to a minimum. The mood is calmly industrious.

Still, on the sidelines are discreet preparations for the political moment at December’s Katowice summit. Campaigners are lobbying to get a commitment to updating countries’ national targets before 2020.

It’s a tough ask. On top of the US’ outright opposition to the Paris Agreement, several major developed economies are not living up to their existing pledges, let alone showing appetite for more.

China is on track to outperform its emission reduction goals, but is resistant to any international obligation to raise ambition. In Brussels, hiking EU ambition is on the table, but it’s divisive – and Germany’s Angela Merkel is wary.

Then there are concerns about the level of preparation in the Polish camp. Its top official Michał Kurtyka was shifted from the energy to the environment ministry this summer, while he built up his team.

Fiji – last year’s presidency – is ready and willing to help out, prime minister Frank Bainimarama told Kurtyka at a bilateral on Monday, a spokesperson said. The “talanoa dialogue”, this discussion’s institutional home, is Fiji’s baby.

Climate Home News caught Kurtyka in the corridor, where he promised an interview… at a future date, tbc. He leaves for New Delhi tomorrow.

The US, which you’ll remember has reneged on its climate finance promises to the tune of $2bn, submitted a plan for accounting for the flows of cash from rich countries to poor on Tuesday.

That paper, submitted with Australia and Japan, was countered with one from the developing world bloc of G77 and China.

Key differences include the developing countries’ demand that finance be proven to be “new and additional” to existing flows of overseas aid.

The major difference, however, is the legal weight of the submissions. Poor countries want compliance to be legally binding. The US, unsurprisingly for a country famous for breaking faith on climate, uses the legally weaker “should”.

Poorer countries are always outnumbered at these negotiations. The average size of a developed country delegation in Bangkok is 11 vs 6 for a developing nation.

We crunched the numbers and found that delegation sizes are in fact down across the board in Bangkok, compared to May’s interim talks in Bonn. Rich countries sent a spooky 666 delegates to the former German capital, while just 417 made the trek to Thailand. Poor countries (of which there are many more) sent 1,123 to Bonn and 952 to Bangkok.

Of course, sometimes there are domestic political reasons to send a slimmed-down delegation. Philippines president Rodrigo Duterte has said the country only needs to send one person to climate talks, as part of a crackdown on foreign travel he deems excessive. In fact, there are four delegates listed from the Philippines, two of whom are based at the embassy in Bangkok. The large and climate vulnerable nation sent 23 representatives to Bonn.

As talks on the market approaches to climate action – trading credits for example – roar ahead, negotiators from the South America and the Caribbean Alba group are pushing for equivalent progress on ‘non-market’ measures.

What that means is unclear, but a source in the room said the push could be a “giant sticking point” in what has so far been one of the fastest moving parts of the talks.

Private insurance schemes are no panacea to compensate developing countries for so-called ‘loss and damage’, the now unavoidable effects of climate change, according to a report by the Heinrich Böll foundation released today.

Combing through case studies of hurricanes and droughts, the report finds private insurance systematically ends up covering a paltry portion of the final costs, prompting the public sector to step in. Take Hurricane Maria in Dominica, which caused damage estimated at US$1.37 billion. Sovereign insurance paid up just US$19.3 million or 1.5% of the total loss.

Rather than rely on the private sector, the report argues, rich countries ought to champion informal saving schemes, social safety nets or cash transfer programs.

French environment minister Nicolas Hulot stepped down to give way to his successor, François de Rugy yesterday. “Do not doubt for one moment that my departure signifies some form of resignation,” Hulot said during the ceremony of transfer powers, his voice breaking. “It is simply the signal of a new movement.”

The new incumbent is a safe bet for Macron supporters. Self-described as a “reformist ecologist”, de Rugy spent more than 25 years in the country’s green parties – Les Verts, and later Europe Ecologie-Les Verts – before eventually denouncing their ‘left-wing excesses’ and joining Macron’s party En Marche in 2017. He is a vocal opponent of nuclear power and will be overseeing the closure of coal plants.

“We couldn’t go back to what we had experienced with Hulot, an uncontrollable guy capable of slamming the door after three months,” a deputy from En Marche close to the Élysée told Le Monde.

Governments standing in the way of climate action

A major report released on Wednesday morning dangles a handsome bunch of carrots in front of policy-makers in the hope of spurring them into action on climate change. The world could reap $26 trillion (“a conservative estimate,” Helen Mountford, pilot of the project underpinning the report, told CHN) and create 65 million jobs in 2030 if governments were to carry out recommended actions within the two to three years.