A challenge against Malcolm Turnbull, triggered by the collapse of a key energy policy, shows an anti-Paris faction is on the rise in Australia’s governing party 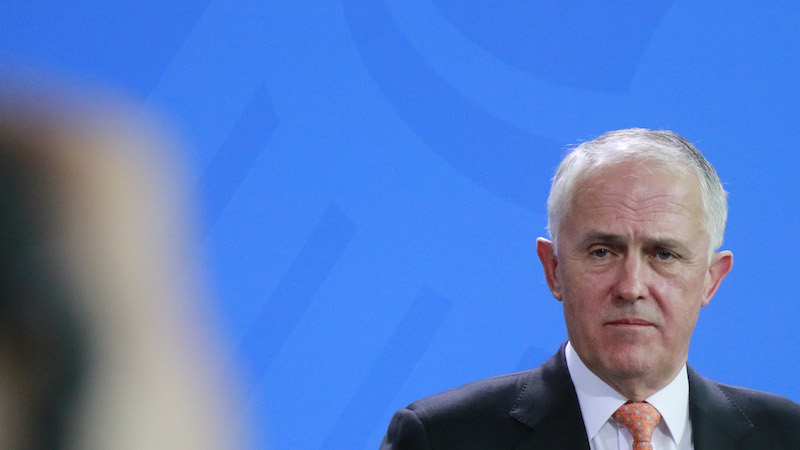 The prime minister escaped the spill 48-35, but another attempt is widely expected.

Dutton resigned from the front bench immediately after the contest.

The former police officer needs a further eight MPs to back him (one Liberal MP was absent from the vote meaning a majority of the party is 43) if he is take over as Australia’s 30th prime minister and seventh in the past decade.

In an interview with Sky News Australia, Dutton repeatedly refused to rule out a second challenge.

The spill came a day after Turnbull withdrew an energy reform package, which would have set emissions reduction targets for the power sector. Turnbull admitted he could not pass the legislation because he could not guarantee support from the right of his party.

Turnbull’s leadership has come under sustained attack from the conservative wing of his governing coalition. 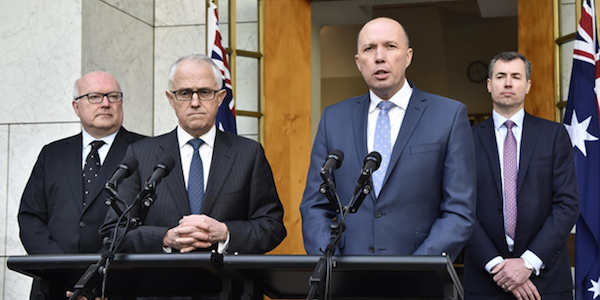 The spill was reportedly backed by members of the cabinet, several of whom had offered their resignations by the time of publication on Monday.

A Dutton government may seek to end Australia’s participation in the Paris climate agreement, according to observers. Some of his most powerful backers, including former prime minster Tony Abbott, have called for the country to follow the US and quit the deal. Rebels have briefed media that they will push for the country to leave Paris, Buzzfeed reported.

Dutton insisted on Monday that he was nobody’s “puppet” and refused to say whether Australia should withdraw from the accord: “If I’ve got something to say about energy at some point I will.”

His policy is likely to depend on what compromises he might make with those to his left and right, said Erwin Jackson, a senior climate and energy advisor at NGO Environment Victoria.

“The government is currently changing its climate policy every second day. What a different conservative leader will commit to depends on what they would need to give to the extreme elements of the party to gain the leadership. Paris could be in the mix,” he said.

“Part of what will be at play is whether parts of the party remember the diplomatic damage and lost investment opportunities that came with the failure to ratify the Kyoto Protocol. Unfortunately, long memories and common sense are a very limited resource in the government at the moment,” said Jackson.

Australia, like the US, is bound by international law to remain in the agreement until at least 2020. Between now and then, Australia will hold a federal election. If the Labor party were to remove the government, they would reverse a decision to leave the deal.

But even a symbolic withdrawal would play havoc with an international climate process already reeling from Donald Trump’s promise to take the US out as soon as he can.

In elections in October, Brazilians could elect Jair Bolsonaro, who has indicated he would also leave the deal.

That discord would impact the major UN climate talks of the year in Poland in December, where the rulebook for the Paris deal is due to be agreed.

Turnbull lost the leadership of his party to Abbott in 2009 after the then-opposition leader backed the Labor government’s emissions trading scheme. That began a decade of political ousters linked to climate and energy policy, while Australia’s emissions and energy prices steadily rose.