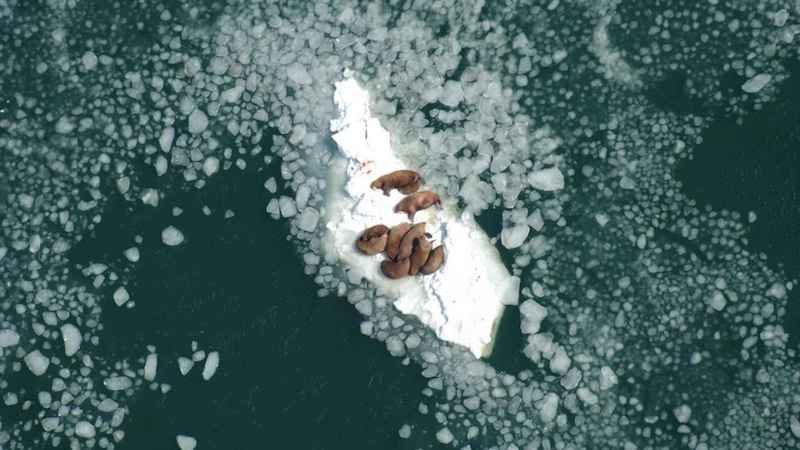 Walrus use sea ice to rest while hunting. But at 2C the Arctic is "very likely" to be ice-free one year in ten, scientists have found (Photo: Brad Benter/USFWS)

A leaked draft of a major UN climate change report shows growing certainty that 2C, once shorthand for a ‘safe’ amount of planetary warming, would be a dangerous step for humanity.

The authors make clear the difference between warming of 1.5C and 2C would be “substantial” and damaging to communities, economies and ecosystems across the world.

In 2015, the Paris Agreement established twin goals to hold temperature rise from pre-industrial times “well below 2C” and strive for 1.5C.

The Intergovernmental Panel on Climate Change (IPCC) has since been working to assess the difference between those targets, with a view to publishing a sweeping analysis of all available research in October this year.

The report summary, which Climate Home News published on Wednesday, is a draft and subject to change. The IPCC said it would not comment on leaked reports. An earlier draft from January was also published by CHN.

CHN has compared the January and June drafts. The new version builds a stronger case for governments to rapidly cut carbon pollution. It also strikes a marginally more optimistic tone on the attainability of the 1.5C target.

In January, authors said every 0.5C added to today’s level of 1C of warming would “increase” the risks of various impacts. That wording has been beefed up throughout the new summary, which now predicts “substantial increases” in those risks.

Bill Hare, a physicist and CEO of Climate Analytics, said the new draft had made big steps forward in clarifying the difference between the two Paris temperature goals.

“If one looks across many parts of the report there are really very substantial improvements since January,” he said.

Since the first draft was circulated, a number of studies focusing on the differing impacts of 1.5C and 2C warming have been published. New evidence on the impacts on species, the economy, physical systems and invasive pests has been incorporated in the report.

A report released in April allowed the IPCC to predict that at 2C it was “very likely that there will be at least one sea ice free Arctic summer per decade”, whereas this would happen just once per century at 1.5C.

The draft was also changed in line with new research on economic impacts, finding “growth is projected to be lower at 2C than at 1.5C of global warming for many developed and developing countries”.

The major outstanding question about the 1.5C target is: is it feasible? In the new draft, the scientists write “there is no simple answer”.

On current levels of pollution, the world is warming roughly 0.2C each decade. If that continues, the 1.5C threshold will be crossed in the 2040s, the report says.

However comparison of the drafts reveals a significant increase in the “carbon budget” – the total mass of greenhouse gases that can be emitted before the world will be committed to warming past 1.5C.

The January draft found a maximum of 580 gigatonnes of CO2 would give a 50% chance of limiting warming to 1.5C. In the new draft, that number has been increased by a third to 750GtCO2.

In January, authors wrote scenarios that gave a 66% chance of staying under 1.5C were “already out of reach”. That language has been dropped, although the new draft does not say these higher probabilities are now considered feasible. 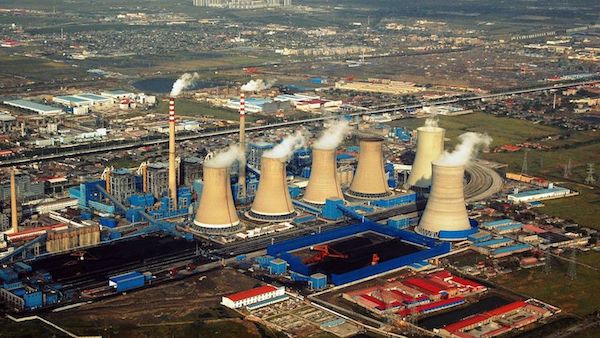 A coal power plant in Tianjin, China. Primary energy from coal must be reduced by two thirds by 2030 for 1.5C to be possible, the draft says (Photo: Shubert Ciencia)

CHN asked IPCC authors and scientists not directly involved in the summary to help explain the difference between the budgets. None were willing to comment on the record.

One researcher said the process for calculating the budget was “highly intransparent”.

The calculation of carbon budgets relies on assumptions and different approaches produce numbers that vary by “more than 50%”, according to the new draft. That covers a real world set of emissions cuts that range from virtually unachievable to challenging but possible.

The first draft of the special report was released for feedback from researchers in January. After receiving tens of thousands of comments it was revised and on 4 June a new draft was sent to governments for review.

The final government draft summary published on this website contains detailed annotations by CHN reporters on many of the changes made between the first and second drafts of the report.

Both versions of the report find the 1.5C goal requires CO2 emissions from electricity to reach net zero by mid-century.

The second draft adds a note that: “The political, economic, social and technical feasibility of solar energy, wind energy and electricity storage technologies increased over the past few years, signalling that such a system transition in electricity generation may be underway.”

The latest draft summary places more emphasis on efforts to cut emissions before 2030. This mirrors many countries’ pledges to the Paris Agreement, which set emissions targets for that year.

Pressure is growing for these promises to be increased. On Monday, 14 EU countries called on the European Commission’s long term climate strategy, which is under development, to align with the 1.5C limit.

The summary elaborates on what a “rapid and far-reaching” transition looks like for different sectors.

Renewables deployment needs to accelerate further for 1.5C to be possible, the draft says, with primary energy from coal falling two thirds by 2030. For comparison, the International Energy Agency forecasts coal use increasing slightly over the period, based on existing and signposted policies.

It calls for sustainable management of competing demands on the land. This includes “diet changes” – code for the rich eating less steak – and “sustainable intensification” of farming, which is viewed with suspicion by many environmentalists.

Radical emissions cuts are also needed in industry, transport and buildings, where it says technology exists but faces economic and social barriers.

The final section deals with sustainable development and how efforts to meet the 1.5C limit interact with goals like eradicating poverty.

In the first summary, the authors warned there was a “high chance” the 1.5C target “might not be feasible” because efforts to remove carbon from the atmosphere, through tree-planting or use of carbon capture with biofuels, can conflict with other development priorities and take up land used for food production.

This language has been toned down, instead concluding the feasibility of such methods “depends on scale, [and the] implications for land, water and energy use”.