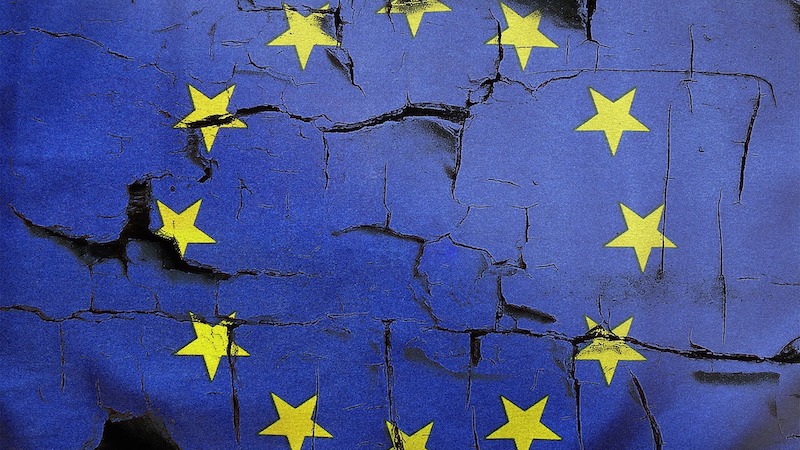 Many EU countries are veering off the course of action they committed to under the Paris Agreement, according to a new report.

Published by NGO Climate Action Network (Can) Europe, the report ranks countries on a combination of factors, including their likelihood of reaching their EU 2020 targets and their relative ambition in setting additional targets beyond what was established at the Paris Agreement.

It also looked at countries efforts to promote or stymie EU policies that would cut carbon.

Wendel Trio, director of Can Europe, lamented a widespread lack of determination: “While all EU countries signed up to the Paris Agreement, most are failing to work towards delivering on its objectives. Countries urgently need to improve their ranking by speaking out and acting in favour of more ambitious climate and energy policies and targets domestically and at EU-level.”

The Can Europe report was released in time for a flurry of climate talks involving European nations.

Climate ministers from around the world met at the Petersberg Climate Dialogue on Monday in Berlin, and China’s climate envoy will meet ministers from Canada and the EU in Brussels later this week.

A large gap remains between the temperature limits set by the Paris Agreement and the carbon emissions pledges promised by all countries under the deal. In the coming years countries will be expected to commit to more ambitious targets for 2030 to close that gap.

The EU has positioned itself as a climate leader and a leader of the ‘high-ambition coalition’, but so far has not proposed stronger 2030 targets. The European Commission, which would propose new targets, was contacted for comment but did not respond.

Sweden takes the top spot in Can’s ranking, as they look on course to meet their 2020 domestic climate and energy targets, and have significantly upgraded their ambition since the Paris Agreement to become carbon neutral by 2045.

10 key moments on the road to the Cop24 climate talks

The country also supports greater action at the EU level, such as reducing emissions by 55% by 2030 (the current target is 40%) and to net zero by 2050 at the latest.

On the other end of the scale is Ireland, ranking just ahead of Poland as last but one.

The country is set to miss its 2020 climate and renewable energy targets of a 20% reduction on 2005 emission levels and at least 16% of energy use produced from renewable sources. 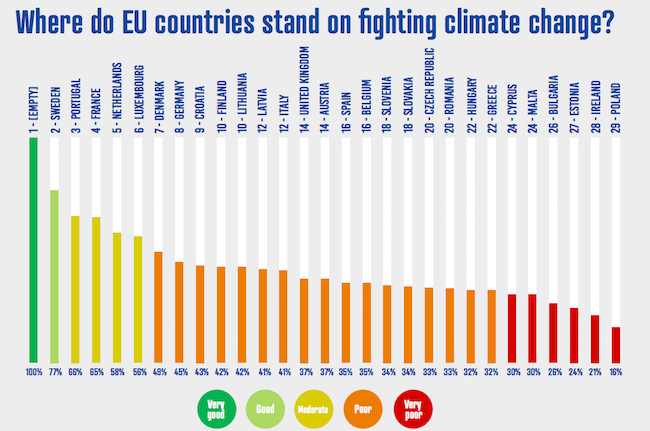 It is also unlikely to achieve its modest 2030 target of a 30% reduction compared to its 2005 emissions, and consequently risks non-compliance fines of around €500 million.

Ireland has also failed to join other EU member states, in calling for increased EU climate ambition, and played a negative role in the EU’s 2030 negotiations of climate and energy legislation, finding loopholes to weaken their contribution rather than stretching their potential to fight climate change.

Marshall Island minister David Paul said the EU must “step up” its target by 2020 “and lead the world”. He said the new EU renewable energy goal, struck last week, would help the European countries step up their ambition.