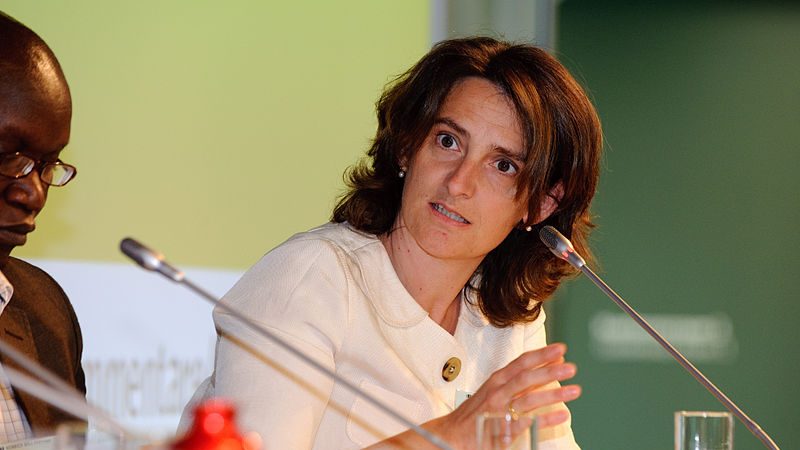 Seven countries including Germany, France and Portugal are advocating higher ambition, in line with the Paris Agreement.

In a brief phone call from an airport lounge, Ribera told Climate Home News the government formed by Pedro Sánchez this week agrees.

“We intend to increase, to raise ambition on climate and the speed of the energy transition,” she said, noting the pace was set at European level. “So to join forces with the progressive countries will be the key.”

Under the Paris Agreement, governments agreed to hold global warming to “well below 2C”. Voluntary national carbon cuts are collectively insufficient but the pact creates a framework for increasing action.

Any change to EU climate goals will need to be negotiated between all 27 member states (after the UK leaves). Eastern members like Poland have typically resisted higher ambition, citing concerns about the economic impact.

Great day in #Berl8n #RNE18: #sustainability challenges. Much to do yet! pic.twitter.com/ZZdMyzcrkV

Ribera was in Berlin for a sustainable development conference earlier this week, where she met with German chancellor Angela Merkel.

As the minister for energy, environment and climate change, she will attend cabinet in Madrid on Friday before travelling to Luxembourg on Monday for a meeting of the EU energy council to discuss clean energy legislation.

“The first thing is to give the right signal to our European colleagues and of course to the Spanish economy,” Ribera said. “We need Europe to move towards a new energy model.”

Spain gets a third of its electricity from renewable sources, mainly wind, and more than a fifth from nuclear. Coal made up 17% of the mix last year and the previous government resisted utility Iberdrola’s plans to close its last coal plants.

Centre-left leader Sánchez is forming a minority government after Mariano Rajoy was ousted over corruption convictions in his party.