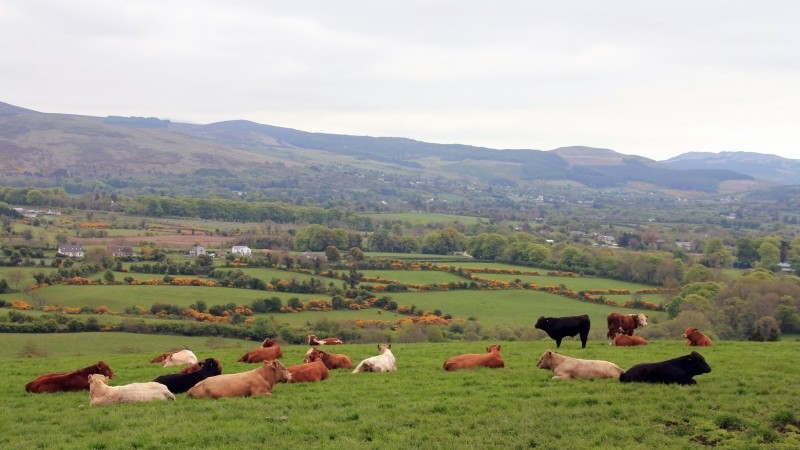 In any story about watering down EU climate action, coal-loving Poland is usually the villain.

When it comes to the farming, waste, transport and buildings sectors, though, look west.

Ireland has negotiated so many loopholes, it can get away with cutting greenhouse gases from non-industrial sources just 1% from 2005 levels by 2030 – far below its 30% target.

It is the biggest winner from “flexibilities” in the European Commission’s plan to divide up climate efforts between EU member states next decade – but not the only one. Across the bloc, a 30% emissions reduction could become 23% if weaker options are chosen.

Those are some of the conclusions of a tool built by Brussels-based campaigners Carbon Market Watch and Transport & Environment.

“The importance of the effort-sharing regulation is huge, because it is covering almost 60% of the emissions of the EU,” said Carlos Calvo Ambel, a developer of the tool.

“If it is not robust enough, then we are putting the Paris Agreement commitment into question.”

Where a flexibility becomes a loophole is a matter of interpretation.

One issue is leeway for countries to transfer carbon credits from one bunch of sectors to another. Arguably, that does not lessen the EU target, simply allow some movement within it. But it could give certain industries a free pass while others over-achieve.

Then there is a highly technical debate over how to set the starting point for carbon budgets. The most ambitious option would cut an extra half a billion tonnes of CO2 on top of the Commission proposal, campaigners calculate.

Perhaps the most controversial manoeuvre – and it’s relevant to Ireland – is allowance for tree-planting to offset emissions from farming and other sources.

“It is problematic because for instance, if you plant a tree and get credit for it, and then there is a forest fire, that is considered a natural disaster and is not considered a minus,” explained Ambel.

In Ireland’s case, cattle farmers have long lobbied against anything that might restrict growth of their methane-belching herds.

A strategy to nearly double food exports over nine years will only put upward pressure on agricultural emissions, which already account for a third of the national total.

The country is way off track for the 20% cuts it promised across non-industrial sectors by 2020, heading for 6-11%. It can buy international credits to make up the difference on paper, but politicians have been anxious to avoid over-committing again.

He said: “The specific recognition in the final agreement of the multiple objectives of the agriculture and land use sector represented a major breakthrough for Ireland, as did reference to ensuring coherence between the EU’s food security and climate change objectives. There was also an acceptance of the sector’s limited mitigation potential.”

“It is actually Ireland missing out on the innovation and change that the private sector is looking to do now,” he said. “In agriculture particularly, I think there is a short-sighted view. We would argue: reduce output and increase value.”

Responding to the campaigners’ claims, a spokesperson for Ireland’s environment department said: “The flexibility included in the Commission 2030 proposals should be seen as an effort at EU level to broaden the ‘toolbox’ of abatement options available to Member States to achieve their target rather than as an offsetting proposal.”

Ireland is aiming to increase forest cover from 11% of land area to 18% by mid-century, the spokesperson said, and produce a national carbon cutting plan for government approval by 10 June.

EU lawmakers and national ministers have a chance to tinker with the bloc’s effort sharing plans in the next few months before they are adopted.