Organisers expect tens of thousands to participate in Rise for Climate on 8 September, showing support for action ahead of a key summit in California 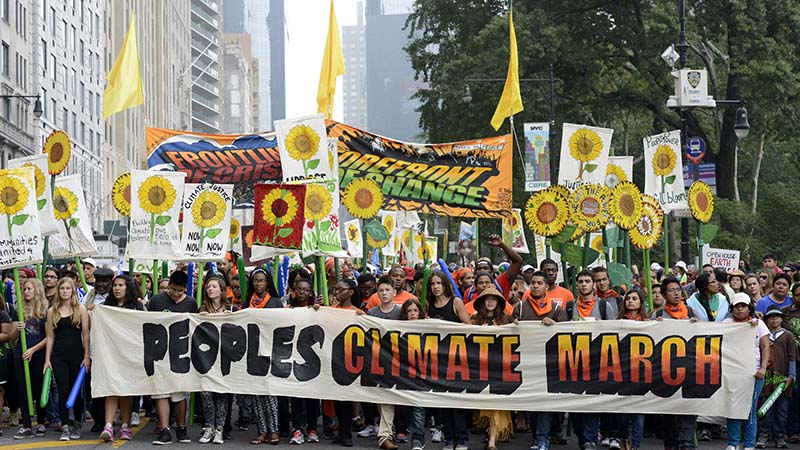 Campaigners are planning a wave of climate demonstrations across the world in September to spur leaders into action and demand greater climate commitments.

Organisers expect tens of thousands of people to participate in Rise for Climate on and around Saturday 8 September, ahead of a climate action summit in California and extra UN negotiations in Bangkok.

Events will include a continental day of action in Australia, local renewable energy summits across the Pacific islands and Africa and virtual marches planned in East Asia. Europe is also getting involved with a major march planned in Portugal and a flagship event in the city of Kiev, Ukraine.

“This global mobilisation sends a message to governments around the world: we have the momentum to achieve a fast and just transition to a sustainable and equitable world because more and more communities worldwide are leading the way towards 100% renewable energy for all, while also preventing new fossil fuel projects from being built,” said Payal Parekh, programme director at activist network 350.org.

“Governments must take a lesson from local leaders because the science is clear, the technology for the energy transition is ready and we demand bold action now.”

Also in September, UN climate negotiators will be in Bangkok for extra talks to thrash out a rulebook for the Paris Agreement, following limited progress at a May session.

Previous marches have shown public support for climate action, with more than 300,000 attending the biggest in New York, September 2014.