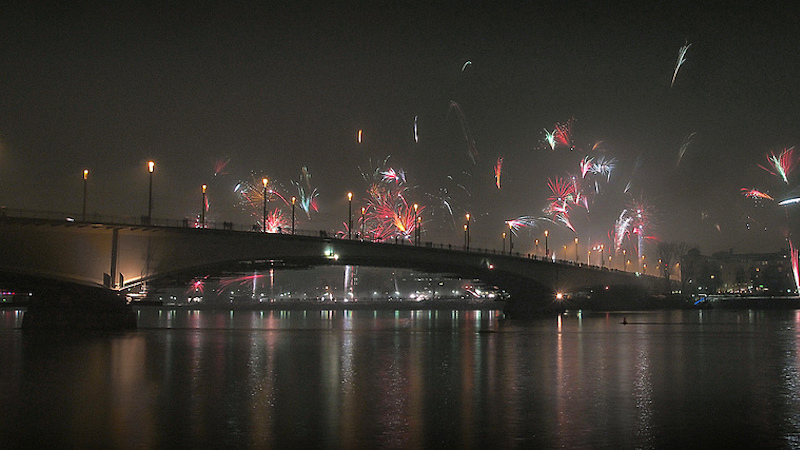 May Day in Bonn and this sleepy town in North Rhine-Westphalia is practically comatose.

But in the riverside halls of the UN climate secretariat, we have seen (what counts for) fireworks.

Are you signed up for our newsletter? Get our Bonn morning briefs early here.

As we reported on Monday, the Polish government has chosen Michal Kurtyka to preside over the Cop24 climate summit in Katowice. What we missed was that Jan Szyszko, the former environment minister who was nominated for the role in November before getting sacked, is not admitting defeat. In a statement, he disputed the legality of the substitution, saying it breached UN rules.

Kurtyka met UN climate chief Patricia Espinosa on Sunday, but a spokesperson for UN Climate Change said they had not yet received formal notification from Poland of the appointment and are waiting for legal guidance on Szyszko’s claims. We will keep you posted.

There have been more than 400 submissions to the Talanoa Dialogue. Megan Darby has trawled them so you don’t have to. Here she pulls out 11 themes that will define the discussions. Why don’t governments committed to climate action stop pouring money into fossil fuels? Is the Paris Agreement trying to stop 1.5C of warming, or 2C? And who wins troll of the year for submitting the US government’s own climate science report on its behalf?

Negotiations start on Wednesday on how to bring real world actors into the climate talks. As the Paris Agreement moves from theory to practice, the logic goes, national governments do not have all the answers. “The collective process benefits when Parties consider diverse perspectives,” according to a US submission, making the case for relaxing restrictions on business participation.

Not so fast, says the Africa Group. First there needs to be a conflict of interest policy, or engagement by vested interests “threatens the integrity and legitimacy of the UNFCCC process” and goals of the Paris Agreement.

European and US campaigners seeking to exclude polluters – principally oil majors – from the talks targeted the EU on Tuesday. Climate Home News tagged along as they delivered letters to the European Commission office, in a back corridor so quiet everyone instinctively whispered. Junior officials gamely posed for a photo.

Swedish Greens MEP Max Andersson, one of 88 EU lawmakers lobbying on this issue, said: “We hope we have managed to convince them we need commonsense rules for conflict of interest, so that the big polluters are not able to undermine the result of the negotiations.”

A commonly cited precedent is the World Health Organization, which kicked out big tobacco. Climate talks are messier, as many of the biggest fossil fuel interests are state-owned. “I am not really expecting countries such as Saudi Arabia to ever be in the front line of reducing emissions,” said Andersson, but “we are looking to try and get a pragmatic solution that improves things.”

The winds of geopolitics blew through the halls of the Bonn conference centre late on Monday. In the first meeting of the Paris Agreement working group, Ukraine called on the UN to withdraw Russian reports that counted emissions from the Crimean peninsula – which both countries claim as their own and Russia currently has dominion over. The US, Australia and Canada were quick to pile in in support. What do you think the Russians said?

In another example of a regional dispute poisoning the climate well, Venezeula has formally notified the UN that it will not support Brazil’s hosting of the 2019 Cop25 climate talks. Relations between the Latin neighbours have soured since the ousting of the left-wing president Dilma Rousseff in what Venezuelan leader Nicolás Maduro has described as a “right wing coup”.

This has lead to disagreement within the Latin and Carribean regional grouping (Grulac), which has left the Brazil Cop unconfirmed. On Sunday, a letter from Grulac informed the UNFCCC that Venezuela, “in virtue of the principle of reciprocity is not in a positon to support” a Brazilian conference.

Exactly what they want Brazil to reciprocate for their support is unclear. Perhaps a change of government? That’s almost certainly going to happen and could throw the conference into even more doubt. The current government of Michel Temer is polling in the single digits and it remains to be seen whether a new administration will actually want to host the Cop.

For background, read this great piece by Guy Edwards.

Today begins the Suva Expert Dialogue, a two-day forum to discuss how to help developing countries bounce back from harm caused by climate change to lives, livelihoods and infrastructure, otherwise known as loss and damage.

Sven Harmeling, Global Policy Lead at CARE, outlined the importance of the Suva Dialogue at a press conference on Tuesday. “No real substantial work has been advanced to really tackle the issue of support and finance to address loss and damage,” Harmeling said. “This is a very important opportunity and we need to contribute to do the best to get meaningful progress.”

Meanwhile, in an op-ed filled with quiet rage, ministers from Vanuatu, Seychelles Bangladesh and Dominica have called on countries to forget the “self-congratulation” of Paris.

“Resources to offset climate-related losses and damages need to be scaled up and the perpetrators, not the victims, must pay,” they said.

In further developments, on Tuesday, the Alliance of Small Island States and Least Developed Countries group both called for loss and damage to be included in the global stocktaking effort that will inform the Paris Agreement every five years.

#LDC group emphasises need for #lossanddamage to be a permanent agenda item of the #UNFCCC subsidiary bodies. #SB48Bonn pic.twitter.com/dnQErThtoq

Trigg Talley, head of the US delegation, is striding the halls as confidently as ever, stopping for relaxed chats along the way. He shook the hand of Climate Home News’ correspondent before realising she was a journalist and backing away rapidly. No media briefings are planned.