Bonn morning brief: ‘We simply don’t have any time to waste’ 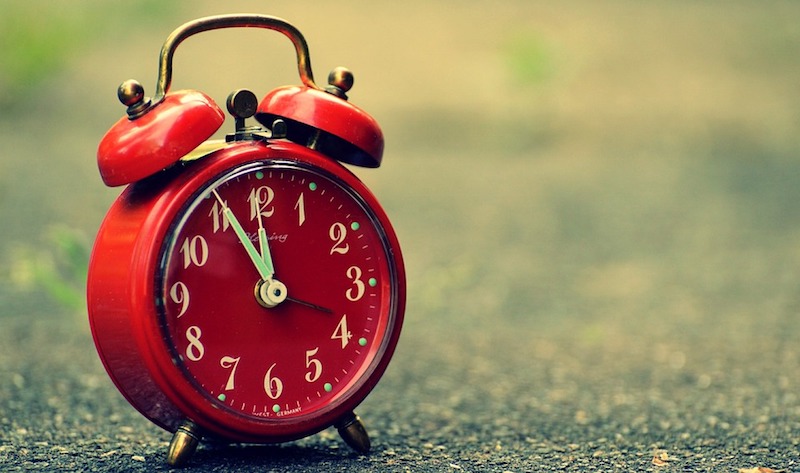 Welcome back to Bonn (again).

Every morning for the next two weeks, we’ll be bringing you all the coverage from the first meeting of the most critical year of talks since the Paris deal was struck in 2015. If you haven’t already, sign up to our newsletter list to get this first.

Things are starting to get very tight. The global accord on climate change comes into force in 2020. But it still doesn’t have a set of governing rules. The deadline for that to be finished is December this year.

If they fail to deliver, what will it mean for the credibility of the Paris Agreement? For the first time in a long while, climate negotiators can hear the ticking of the clock.

What should we be aiming for in Bonn?

Opening talks on the Paris rulebook, Saudi negotiator and co-chair of that part of the negotiations, Sarah Baashan, expressed confidence it would be finished by the end-of-2018 deadline. “We are on the home straight and that means going as fast as possible to get to the finish line,” she said.

Getting there won’t be easy. In fact, 2018 “will be the most critical moment…since the outcome in Paris in 2015″, the World Resources Institute’s David Waskow told Reuters.

In a blog last week, Waskow’s WRI colleague Yamide Dagnet laid down a challenge for this fortnight’s talks. “Countries need to have a negotiating text – a document with legal language for countries to debate” by the time they leave Bonn, she said. There has been an additional meeting slated, but not locked in, for Bangkok in September. That’s in case things don’t progress in the next two weeks.

But even if this happens, Dagnet said, “at a minimum, countries should task negotiation facilitators and co-chairs to prepare a text ahead of the Bangkok meeting. It is vital that negotiators move closer to a negotiating text in Bonn or they jeopardize their ability to adopt a robust rulebook by the end of the year.”

A source inside the major developing country bloc’s – the G77 and China – coordination meeting on Monday morning said no country was looking to delay the Paris rulebook beyond COP24. They want a deal this year. That’s significant, with delays being threatened by some developing nations if the rich world doesn’t offer more detail on its commitments to climate finance. But beyond agreeing a rulebook, which is almost certain to happen, the real question is how detailed that rulebook will be.

One negotiator CHN spoke to said Dagnet’s goal was a fair and achievable aim, but added that it should include a further level of precision. Negotiators should ideally leave Bonn with a negotiating text “on all the relevant items on the agenda”.

Can a junior energy official pull off one of the biggest gigs in climate change? We’ll see this year after Poland named its COP24 president. Michał Kurtyka is a “western-looking”, unelected, deputy energy minister, a moderate face to put on the climate leadership of Poland’s nationalist government. Karl Mathiesen and Soila Apparicio have the details.

Saudi Arabia used the opening SBSTA plenary to air a gripe with the International Maritime Organisation concerning emissions targets in the shipping industry. The delegation made it clear they had not joined the consensus of the IMO’s climate change strategy for shipping, struck two weeks ago in London, citing three reasons why.

They said it was “premature to set targets before conducting the necessary review” on those targets. Secondly, that “any strategy or ambition must be in line with the spirit of the Paris Agreement in that it should focus on the net emission reductions not limited to sources of the specific fuels.” And thirdly, “any ambition must not place disproportionate burden on the marine transport sector compared to other sectors”.

“This annual report shows how UN Climate Change is doing everything it can to support, encourage and build on the global response to climate change,” said Patricia Espinosa, after the 52-pager was released on Monday.

But at its end it saved some choice words for those who have not paid their dues: “The level of unpaid contributions by the Parties for this part of the budget remains high and is a serious problem for the secretariat. The cumulative amount of outstanding contributions was EUR 5.7 million as of 31 December 2017.”

US diplomat and Obama appointee Trigg Talley once again led his state department team to the talks. His new boss, Mike Pompeo, is yet to show his hand on international climate policy. (His focus is taken up with North Korean denuclearisation). Will he continue his predecessor Rex Tillerson’s policy of unenlightened disinterest? Or will the Koch brothers’ most financially favoured politician use his power to push the talks off balance?

One negotiator who isn’t in Bonn after stepping away from the talks for a while said it was a “weird feeling” not being there.

“To be honest when you are in there you kind of feel like you are in the center of the world. I think it’s very healthy to take a step back. People get addicted to that adrenaline, it’s easy to lose sight of what you are actually working for and I am afraid that tends to easily happen in Bonn… and then you add a whole layer of egos and short term power dynamics and that gives you the recipe for a lot of what happens there. But still people do care, it’s just that i think it would be very helpful for all of us to take a step back every now and then. Lots do it actually, which is good.”

During the UNFCCC’s opening press conference, Fiji’s newly-appointed COP23 chief negotiator Luke Daunivalu spoke of the need for all parties to share the commitment to advancing the work programme (or rulebook) of the Paris Agreement in time for COP24: “any suggestion that these be delayed will only delay our overall response to the climate crisis that we face, and we simply don’t have any time to waste”.

Daunivalu also mentioned the import of the Talanoa Dialogue for the discussions in Bonn over the next two weeks. “Talanoa has already become part of the language and structure of international climate diplomacy and Fiji is convinced that it is a model that can achieve genuine results.”

“By the end of 2018 we have the opportunity to accomplish three important goals,” she said. Those are: building on the pre-2020 agenda, which charts the efforts of nations up to the official beginning of the Paris deal; “unleash[ing] the potential” of the Paris deal by completing the operating manual; and building more ambition into countries national pledges”.

Carbon Pulse has wrung it from the UNFCCC that the lack of hotel rooms available during this year’s talks in Katowice could mean commutes of up to two hours for thousands of participants.

This isn’t just grumbling. Logistics matter. A lack of hotel rooms limits accessibility to the talks. That’s an issue of transparency and justice. With inflated hotel prices, the poor are shut out. It also bodes poorly for the success of the talks. Participants will need all of their energy and comity to land a strong agreement in Poland. How can that happen when they are 80km away from a shower?

The UN’s climate body sent, then retracted a call for staffing secondments from “parties, observer states and potential donors” on Monday. These staff would work for the secretariat on their parent organisation’s dime as part of a “non-reimbursable loan agreement” (otherwise known as a gift). Then suddenly the UNFCCC’s advertisement and tweets disappeared. Here is the original document.

Some observers worried on Twitter about who the other donors might be. DeSmog UK’s Chloe Farand asked the secretariat if the call meant fossil fuel companies might be able to send their staff to work on the UN climate change programme. Deputy executive secretary Ovais Sarmand told her it was a mistake. Only government officials ever have been and ever will be accepted on secondment. The secretariat said the documents will be republished tomorrow, without mention of “other donors”.