Pompeo, Koch ally and Paris climate critic, tipped as US secretary of state

Rex Tillerson is headed for the exit, according to reports, to be replaced by a vocal opponent of climate action 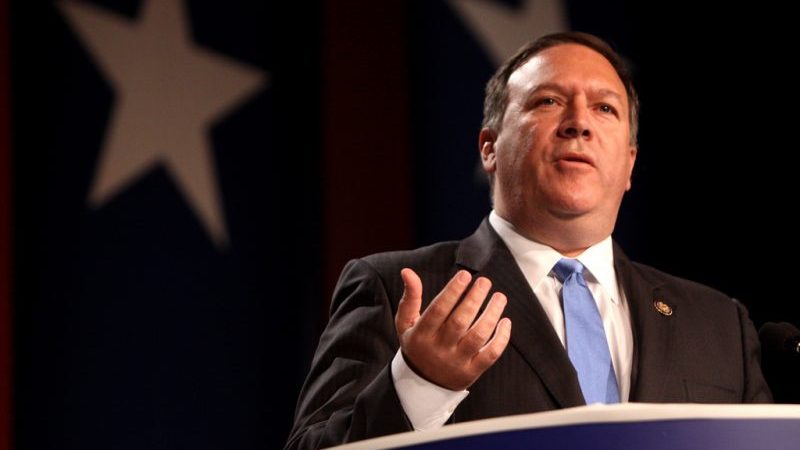 The Trump administration is poised to replace Rex Tillerson as the US’ top diplomat with Mike Pompeo, the New York Times reported on Thursday.

That would see a former oil chief who paid lip service to climate action swapped for a major beneficiary of oil money who was a vocal opponent of the Paris climate agreement.

As Republican congressman for a Kansas district 2010-17, Pompeo described the 2015 Paris pact as a “costly burden” to the US.

“Congress must also do all in our power to fight against this damaging climate change proposal and pursue policies that support American energy, create new jobs, and power our economy,” he said in a statement at the time.

During a senate hearing for his current role as director of the CIA, Pompeo said throughout his political life he had worked on “ensuring that the policies that America put in place actually achieved the objective of ensuring that we didn’t have catastrophic harm that resulted from change in climate. I continue to hold that view”.

He declined to comment directly on his views on climate science.

According to the Center for Responsive Politics, Pompeo is the all-time biggest recipient of campaign funding from Koch Industries – who fund campaigns against climate science and action – and their affiliates. In 2016 alone, he took $71,100 of their money, nearly double the amount they gave to second-placed Roy Blunt.

He has been open about the connection, defending the Koch brothers in 2012 against environmentalists’ questioning the scale of the donors’ influence on politics.

In a Politico article entitled “Stop harassing the Koch brothers”, he said attacks on them as “private citizens” were “unfair and deeply threatening to our civic life and the rule of law”.

Pompeo could be appointed secretary of state in the coming weeks, senior White House sources told the New York Times – although it is not clear whether president Donald Trump has approved the plan. The Washington Post carried the story independently.

Tillerson’s exit has been trailed for months, due to policy and personality clashes with Trump.

The ex-Exxon chief is understood to have advocated for Trump to stick with the Paris Agreement. In his confirmation hearing for the state department brief, he said the US should “keep a seat at the table” of international climate talks.

In office, however, he has shown little engagement with the issue. In August, he revealed plans to scrap the position of climate change envoy in sweeping job cuts at the state department. It was left to a career official to represent the US at the last round of UN negotiations in Bonn this month.