US agency calls for ban on controversial coal mine ‘self-bonds’ 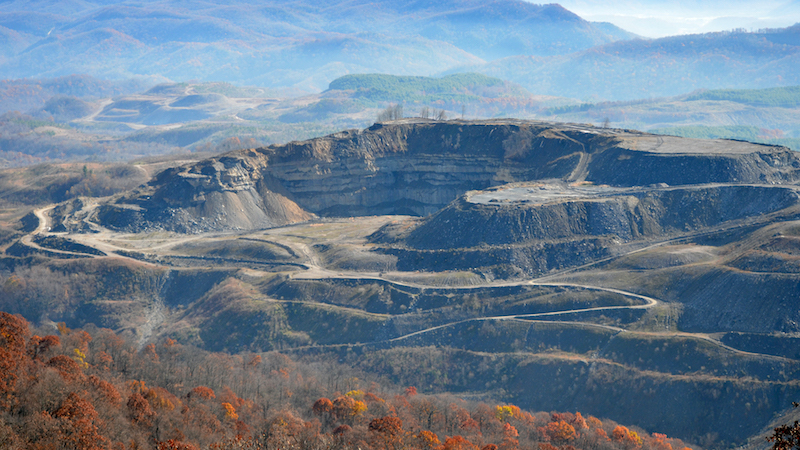 A US federal agency has asked Congress to consider banning coal mine “self-bonding”, a controversial practice that can leave taxpayers paying to clean up disused sites.

The recommendation came in a report published on Thursday by the nonpartisan Government Accountability Office (GAO). It is a high-profile attack on self-bonds, which allow companies to guarantee environmental clean-up without providing any collateral.

As Climate Home News found in our Reclaiming coal investigation, an Obama-era crackdown on self-bonding has stalled under the Trump Administration.

Senator Maria Cantwell, who requested the report as the ranking member of the Senate Energy and Natural Resources Committee, said in a statement: “I welcome GAO’s recommendation to pass responsible legislation making coal companies clean up pollution. [Interior Secretary Ryan Zinke] should also reverse course and crack down on this irresponsible coal mining practice.”

GAO found that self-bonds accounted for about 12% of the $10.2 billion of reclamation guarantees held across the US in 2017. Collateral covered another 12%, while the remainder was in the form of sureties, which are insurance policies taken out by mining companies and guaranteed by a third party.

That is in line with CHN’s independent analysis, which found nearly $1bn of self-bonds remaining. The figure had fallen from $3.86bn in mid-2016, as major mining companies went bankrupt and were required to replace self-bonds with safer financial guarantees to go back into business.

The GAO report noted that in some cases, state regulators did not compel struggling companies to replace their self-bonds with safer financial guarantees out of concern the additional burden would push companies deeper into financial distress.

“If a self-bonded operator entered into bankruptcy and doesn’t offer a different type of financial assurance or can’t complete the required reclamation, then the regulatory authority and taxpayers potentially would have to assume that risk of paying for reclamation,” said Anne-Marie Fennell, a director in GAO’s Natural Resources and Environment division who led the writing of the report.

The Western Organization of Resource Councils (WORC), a group representing Western landowners and the environment, released its own report on Thursday, which made the case that the low level of remaining self-bonds makes it the perfect time to convert all self-bonds to safer financial assurances. WORC’s report argues that sureties appear to be available at relatively low prices and that companies still holding self-bonds have good credit ratings, meaning they can afford sureties.

“The immediate threat posed by self-bonding has receded for the time-being,” WORC board member Bob LeResche said. “Congress and individual states should seize this perfect opportunity to end self-bonding before it again becomes a danger to taxpayers. We urge decision-makers at the state and federal level to end the public’s exposure to self-bonds once and for all.”

Report: What happens to the land after coal mines close?

Industry representatives disagree that self-bonds represent a threat to the environment or public funds. Luke Popovich, spokesperson for the National Mining Association, said: “Not only does GAO’s recommendation appear unfounded, it may actually be harmful by shifting a greater burden on the surety industry.”

Mining companies have historically favoured self-bonds because they come at no cost, unlike third party-backed sureties.

Self-bonds aside, the GAO report confirmed CHN’s finding that the wider system guaranteeing mine clean-up is underfunded. In the nine years preceding June 2016, the report found mining companies forfeited more than 450 bonds in 13 states, meaning regulators needed to step in and complete reclamation with the money set aside in these bonds. States reported that nearly a quarter of forfeited bonds were insufficient to cover the cost of reclamation, while another quarter were yet undetermined.

States told GAO that bonds were too low because some companies used mining methods that were never approved by their legally binding permits. In other instances, mining resulted in water pollution that was not covered by the bonds.

Some states have been proactive on the issue, despite the federal government’s stance. Wyoming regulators, for example, are drafting strict rules to curtail self-bonding, although they declined to advance these last week.