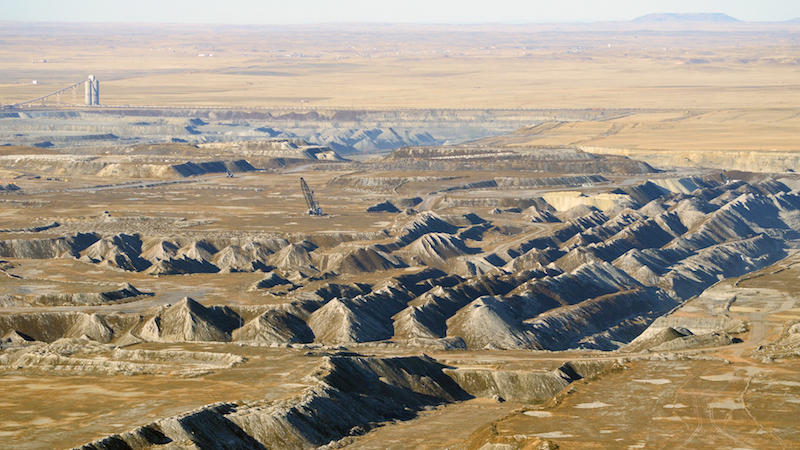 Massive strip mines dig into the coal seams of the Powder River Basin in Wyoming. The basin, which also extends north into Montana, accounts for about 40% of the country’s coal production (Photo: Mark Olalde)

As the US coal industry winds down, does it have enough money set aside to clean up the vast pits, walls and broken mountains left behind?

A Climate Home News investigation has found the answer is no. Particularly in Appalachia, the land, water and health of mining communities have been put at risk by a critically underfunded system supposed to clean up after mines close.

According to national data compiled and published for the first time on Thursday, mining companies and state governments hold just $9.2 billion nationwide to ensure mining land is reclaimed if operators go bust. Experts told CHN that amount falls far short of what is needed to rehabilitate more than two million acres of mining permits the system is supposed to cover. 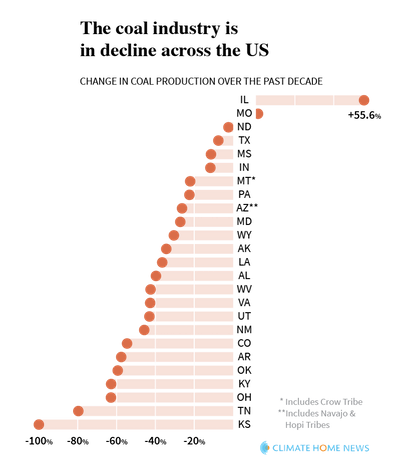 In the major coal states of Appalachia, coal production has halved in the past decade. But even as many mines slide toward closure, most states in the region rely on a system of pooled risk that lets companies put up just a fraction of the total costs of reclaiming their mines.

“There is not enough money in the bonds to truly remediate those problems if there were some large-scale walking away from those bonds,” said Scott Simonton, coordinator of Marshall University’s environmental science programme.

With the industry struggling to compete with cheap gas and renewable energy, mass bankruptcies could leave taxpayers with the bill for clean up. Left untreated, closed mines raise a range of environmental and community health risks, from sinkholes to acid contamination of water courses.

“It is one of the bigger public failures that has gone under the radar,” said Patrick McGinley, a law professor at West Virginia University who has 40 years’ experience in the industry. 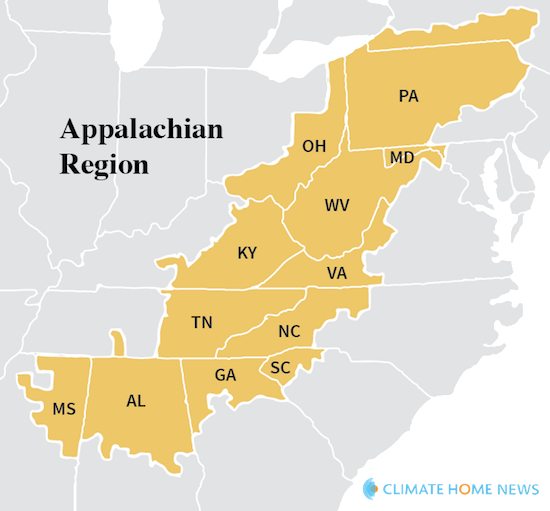 The data covers all 23 states that produce 99% of US coal and about 5,000 mining permits.* It was gathered from responses to dozens of records requests submitted to the state environmental and mining agencies in charge of each state’s programme.

Due to greatly varying costs of reclamation from state to state and mine to mine, there is no precise way to estimate how much should be held nationally. But McGinley said the level of bonding in general was too low and in Appalachian states in particular was “preposterous, absolutely ridiculous”.

The communal funds, known as ‘bond pools’ or ‘alternative bonding systems’, have left eastern states with less money per acre – an imperfect but useful measure of the strength of a state’s bonding system – for environmental clean-up than most western states. CHN found Appalachian states hold between $2,373 per acre (Ohio) and $4,604 per acre (Maryland). Colorado, one of the best-protected mining states, holds $10,732 for every acre, and Texas bonds are $7,655 per acre.

Bond pools collect money from mining companies, and if one of them goes out of business, the pool guarantees to pay any costs that exceed other money they have set aside. But if market conditions get tough and several companies fail at once, the funds will not cover all their liabilities.

“How does taking 50 properties like that and adding them up make them any more credit-worthy?” said Luke Danielson, a former regulator and president of the nonpartisan Sustainable Development Strategies Group. “The biggest risk that they are facing is the market risk that the coal price collapses, and then that affects all of them.” 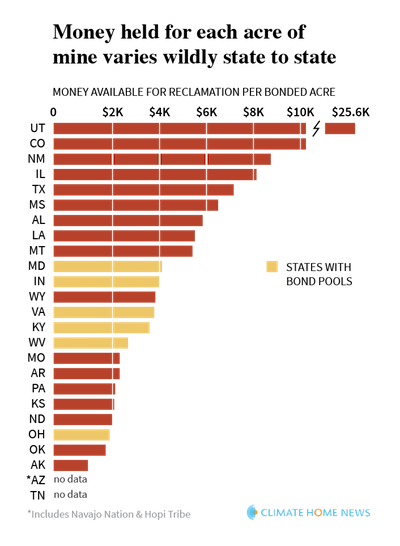 In 2015-16, companies accounting for nearly half of the coal production in the US went into some form of bankruptcy. They have since emerged from that nadir, but the massive, sudden collapse highlights the problem of sharing risk among companies that all produce the same atrophying commodity.

“It just seems to be a very fragile system. That’s the problem. It’s a system that’s designed for small failures,” Simonton said.

CHN spoke with regulators from all six states that currently rely on bond pools. Most pointed to the small number of recently-forfeited permits as evidence of the safety of the shared funds.

Lewis Halstead, deputy director of the Division of Mining and Reclamation in West Virginia’s Department of Environmental Protection, said the bankruptcies guided where the state needed to shore up its bond pools. “There was talk of the increased risk that was perceived – more than perceived – by the [Special Reclamation Fund Advisory Council] and the [Department of Environmental Protection], and we worked through that,” he said.

In part because relatively high rainfall in the east increases the risk of toxic run-off, experts such as Simonton said Appalachian mines required more money per acre to clean up than those in the drier west. In West Virginia alone, acid drainage from years of mining impairs about 2,700 miles of streams, enough to span the width of the continental US.

Peter Morgan is a senior attorney at the Sierra Club who has worked extensively on mine bonding. “One thing that is particularly clear in Appalachia is that these bonds are not being designed to capture the costs of water treatment,” he said.

What is coal mine bonding?

The environmental cleanup of America’s coal mines is guaranteed by a system in which – similar to a security deposit on an apartment – a mining company must put up a financial assurance prior to breaking ground. That money is returned to the company upon successful reclamation and closure. If a company walks away from an operation, state regulators take that bond and use it to hire contractors to finish reclamation. The specifics of this system vary slightly among states, but the goal is always to guarantee environmental reclamation in case a company abandons its mine.

West Virginia has the largest bond pools in the country, worth $150m. Members of the advisory council overseeing the state’s two shared funds told CHN the system they had in place was sufficient to cover clean-up costs.

The data tells a different story. That pot, combined with all other individual reclamation bonds held for each mine, works out at less than $3,200 an acre. A 2017 actuarial report, commissioned by the advisory council and sent to CHN by the state’s regulators, estimated clean-up costs in West Virginia ranged from $7,840 per acre for surface mines to $28,460 per acre for underground mines.

In West Virginia, 59% of all active and inactive mining permits were owned by a company that had been in some stage of bankruptcy in the previous two years, according to another 2017 report from the Office of Surface Mining Reclamation and Enforcement (OSMRE). “The state will face potential reclamation liability as a result of those bankruptcies well into the future,” it warned.

In Virginia, the company with the largest clean-up liability – A&G Coal Corporation – would need 15 times as much money to reclaim its mines than the state’s entire fund holds (see box for more detail). CHN approached A&G for comment, but could not reach a company official, despite several attempts. 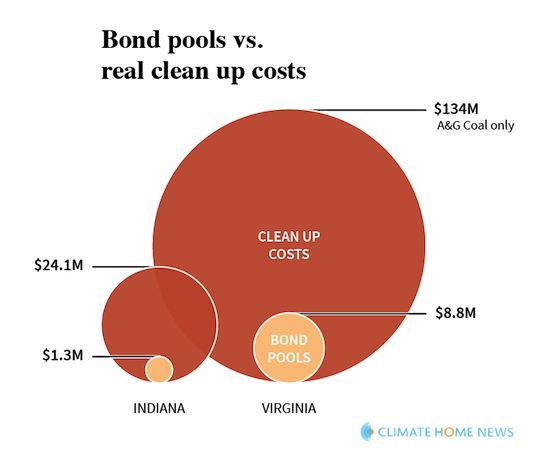 Several states have recognised the problem and increased bonding in recent years. “Are we getting the job done? Absolutely,” said Courtney Skaggs, director of Kentucky’s Division of Mine Reclamation and Enforcement, who led efforts to build up that state’s bond system.

But a 2017 OSMRE report found bonds forfeited when companies prematurely shut down in Kentucky in 2016 still only covered about half the future cost of reclamation.

The problem of underfunded bond systems is not limited to Appalachia. In Oklahoma, the second lowest funded US state at $2,203 per acre, a 2010 review found that a sample of permits all had bonds that were between 25 and 50% underfunded.

Around the country, regulators have proven lenient on the industry, experts say, leading to weaker bonding nationwide and the current problems.

“[Mining companies] have a history of influencing public decision makers and politicians through campaign contributions and a history of the good ole boy system,” said McGinley of West Virginia University. “That’s the history of the coalfields.”

Danielson, who sat on Colorado’s Mined Land Reclamation Board for a decade in the 1980s and ‘90s, said putting a number on clean-up costs had never been scientific.

“We were politically negotiating the bond. [The companies] would negotiate. It wasn’t really based carefully on the actual costs of closure. It was based on who could throw the most elbows and who could call up politicians,” Danielson said.

* Data on mines in a few areas – Tennessee, Washington and tribal land – which accounted for only about 1% of 2016’s coal production nationally, is held by the federal government and was not made public. 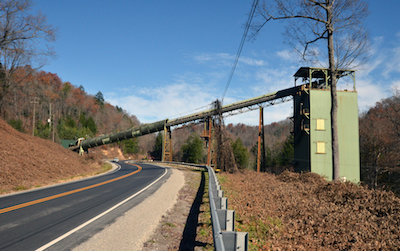 Virginia’s bond pool only holds about $8.8 million but guarantees reclamation for roughly 150 permits across several companies. That has increased slightly from $7.3m in 2012, which an actuarial report warned at the time was only enough to clean up one or two small mines. The company with the largest liability against the bond pool – A&G Coal Corporation – has $134m in reclamation liabilities covered by its 43 Virginia bonds, 42 of which are covered by the pool. This amount of liability is 15 times as much as the entire fund holds. According to data gathered by CHN, A&G only carries an additional $30.5m in reclamation bonds. About $25m of those are self-bonds, making it a significant risk to the reclamation fund.

The Indiana Surface Coal Mine Reclamation Bond Pool Fund guarantees just more than $24m worth of companies’ reclamation liability at a dozen mine sites, according to CHN’s data. However, the pool only holds $1.25m, 5% of the cost it is meant to cover for the industry. In 2017, the Indiana Department of Natural Resources attempted to adjust fees to decrease the shortfall but had been “unsuccessful” and will work on the regulations again this year, Steve Weinzapfel, director of the department’s reclamation division, told CHN.

According to a 2017 actuarial report commissioned by the Ohio’s Reclamation Forfeiture Fund Advisory Board, the $25.9m held in the fund would not be sufficient to withstand “shock loss,” a term for unexpected forfeitures. The fund is replenished by taxes on coal production and by fees, so it gradually grows over time. The report found that the fund is two years away from being able to withstand a single, average-sized mine forfeiting. It would take more than 150 years before the fund could handle the largest mining company it guarantees going under.