Calls for a 70-100% cut in shipping emissions by 2050 are “unlikely to achieve consensus support”, warns influential trade body ahead of a key UN meeting 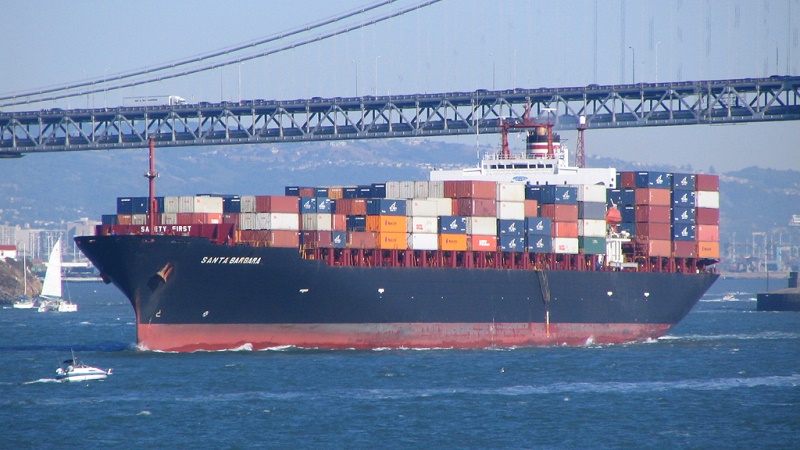 European countries should drop demands for an ambitious climate target in international shipping, or risk scuppering a deal.

With weeks to the deadline for setting a course to a zero carbon shipping future, huge divisions remain over the level of ambition. It is the last major piece of the puzzle for global climate cooperation, following the 2015 Paris Agreement and a 2016 deal on international aviation.

The lobby group urged all governments to compromise, but singled out a proposal backed by several EU and Pacific island states to slash emissions across the maritime sector 70-100% from 2008 levels by 2050.

This “very high level of ambition” was “unlikely to achieve consensus support”, said ICS chair Esben Poulsson. Instead, he endorsed Japan’s suggestion of a 50% cut by 2060 as a potential landing ground for negotiations. Such a target “would still provide a compelling signal to the industry,” he said.

Japan’s submission said this was “achievable” and consistent with holding global warming “well below 2C”, the central goal of the Paris Agreement.

Campaigners counter that Japan’s proposal contains numerous analytical flaws, such as relying on a 2009 IMO study and ignoring a 2014 update. “These flaws and errors individually point to underestimation of shipping’s potential to reduce CO2 emissions,” according to a submission to the IMO by Pacific Environment and the Clean Shipping Coalition.

“[Japan] claim[s] that the target proposal is fully in line with the 2C goal in the Paris Agreement,” Faig Abbasov, shipping policy expert at Transport & Environment, a member of the coalition, told Climate Home News. “There is no study showing that this is true. It is a totally unscientific submission.”

A report published this week by the OECD’s International Transport Forum set out how the sector could go zero carbon as early as 2035, in certain conditions.

Even if the industry is not confident of changing that fast, experts warn lowballing ambition carries market risks.

“The climate science on how long we have to reach zero emissions for 1.5C and well below 2C is quite clear,” said Tristan Smith, shipping and climate researcher at UCL. “That needs to be part of IMO’s level of ambition if it wants to avoid having to revise its level of ambition upwards in the future (which would be disruptive for the industry), or spend the next 30 years explaining why it should emit a greater share of a diminishing CO2 budget than everyone else.”

As Climate Home News has reported, a bloc led by Brazil opposes any cap on shipping emissions, citing concerns a rapid transition to cleaner vessels and fuels would disadvantage developing countries

Asked about Brazil’s concerns, Olaf Merk, author of the OECD report, said revenues from a carbon price on shipping fuel could be used to offset the trade impacts on the poorest and most inaccessible countries. “Production of the alternative fuels for shipping also provide business opportunities for certain emerging economies, including Brazil,” he added.

Meanwhile, a coalition for higher ambition is only intensifying its campaign.

Noting that international shipping accounts for around 3% of global emissions, she said it must play its part in meeting the goals of the Paris Agreement. That meant a 70-100% reduction target by 2050 and binding short-term measures to start meeting it, such as speed limits at sea.

“Technical and technological solutions already exist, are already proposed by the manufacturers, chosen by the shipowners, not only because they are beneficial on the environmental level but profitable on the economic level,” she said.

Ministers from Poland and the Marshall Islands, which represents the world’s second largest flag registry, also addressed the conference, followed by maritime industry leaders. 44 countries have signed the Tony de Brum Declaration, to show their support for an ambitious shipping climate deal.

Nusrat Ghani, shipping minister for the UK, a signatory of the declaration, emphasised that position in an article for industry publication Trade Winds last week.

“Next month will see members from around the globe come together in London to agree an international strategy to cut ships’ greenhouse gas emissions,” she wrote. “I want that strategy to be highly ambitious, and for every country to agree to raise the bar in protecting the world from increasingly severe weather and rising sea levels.”