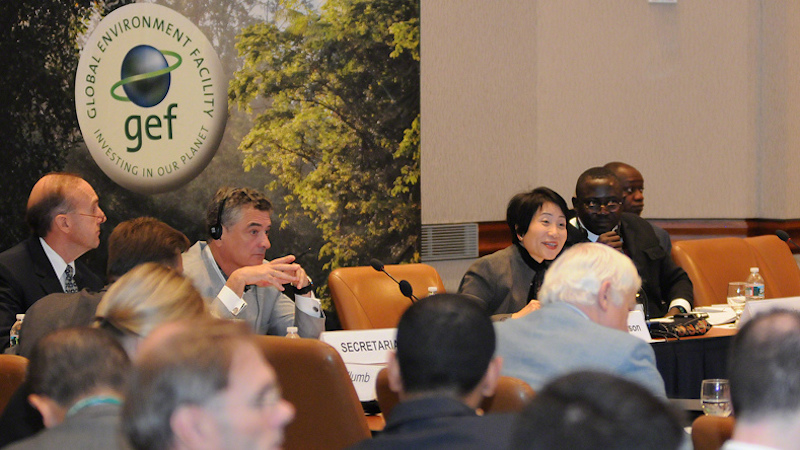 A major intergovernmental funding body has ignored routine requests for assistance, and follow-up communications, from the Palestinian government since June 2016.

A chain of communication spanning 20 months and involving two UN agencies, seen by Climate Home News, shows the Global Environment Facility (Gef) refused to answer persistent appeals from Palestinian officials for funding to which the country is entitled under UN conventions.

The Gef, which is headquartered in Washington DC, has distributed more than $16 billion over three decades to efforts to stop the degradation of biodiversity and the ecological systems that support humanity. The US, which has threatened to stop payments to organisations that accept Palestinian membership, is its largest donor.

CHN understands there has been no direct intervention in the Gef’s relationship with Palestine by the Trump administration, or its predecessor. But intergovernmental organisations have been put on notice by a hardening of US global aid policy, in particular the US decision to withdraw from UN cultural body Unesco over its recognition and support of Palestine.

Palestine has been a full member of the UN climate convention (UNFCCC) since March 2016. Under the convention, developing countries are required to report on their greenhouse gas emissions and their efforts to curb them. Rich countries, through the Gef, cover the costs of preparing these reports.

On 18 July 2016, the chair of the Palestinian Environmental Quality Agency (EQA) Adalah Atteerah contacted CEO and chair of the Gef Naoko Ishii requesting access to this funding, noting that “as other countries”, Palestine had already begun these surveys.

The Gef’s guidelines make clear “all non-annex I parties” – the term used to differentiate between developed and developing states – to the UNFCCC are eligible to receive up to $852,000 to help prepare their regular reports to the climate process. But neither Ishii, nor any Gef official, formally responded to Atteerah. 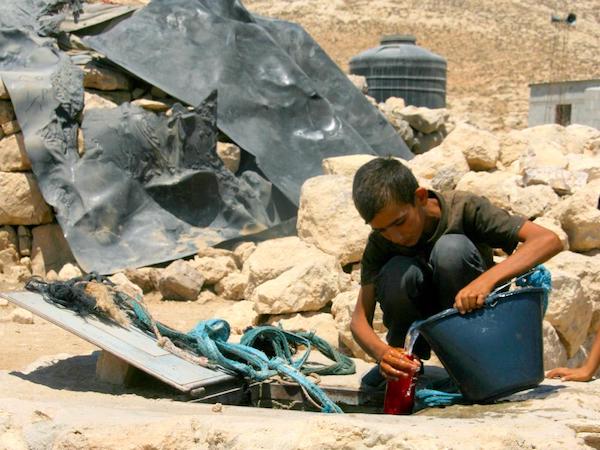 Later that year, Palestine’s UNFCCC representative Nedal Katbeh-Bader met with officials from the UNFCCC secretariat on the first day of the 2016 climate conference in Marrakech to discuss Palestine’s difficulties with the Gef. After that meeting, one of the officials, Alejandro Kilpatrick, emailed Katbeh-Bader.

“Also wanted to inform you that I have contacted Gef colleagues and transmitted your concerns as discussed. They indicated they will contact their headquarters in Washington and will come back to us,” Kilpatrick wrote.

As talks in Morocco came to an end, Katbeh-Bader emailed Kilpatrick again, this time to ask him to broker a meeting with Gef chair Ishii. Kilpatrick said he had passed the message along. But no meeting came of it.

Almost a year after the original letter there was still no reply. Atteerah tried again. In a letter to Ishii, dated 22 June 2017, he said: “I would like to kindly remind you with [sic] the letter sent to you on 18/7/2016.” A Palestinian official delivered the letter via email to a Uruguayan diplomat who is secretary to the Gef council, William Ernest Ehlers. Ehlers promised to “follow up”. But there was no official response to Atteerah’s letter.

The Palestinians’ problems with the facility have not been isolated to UNFCCC-related funding. Atteerah had written another letter to Ishii in June 2016, requesting help to meet Palestine’s obligations to the UN Convention of Biological Diversity (CBD), to which it also belongs. Again, the Japanese diplomat did not reply.

Get the full story first. Sign up for CHN’s newsletter

Palestine’s representative to the Gef, Ahmed Abu Thaher, told CHN via email: “We sent to Gef CEO several letters, especially after Palestine became a party in CBD and UNFCCC. But unfortunately we did not receive official answers. Although we receive from their side notification that they received our letters. Moreover I met Gef representative[s] personally but therein no results achieved.”

CHN made multiple attempts to contact the Gef regarding this story. They did not respond. The Gef has been a sponsor of CHN for several years. A few days after CHN’s initial enquiry, a Gef official contacted CHN’s publisher requesting their logo be removed from this website as a matter of urgency. The official did not say that their call was related to this story.

Palestine’s travails continued into 2017. In July, searching for allies, climate representative Katbeh-Bader wrote to the executive secretary of the UNFCCC Patricia Espinosa. He attached Palestine’s previous communications to Ishii and the Gef.

“State of Palestine would like to draw your attention that Gef is not responding to continued requests from Palestine,” wrote Katbeh-Bader. “In this regard, we highly appreciate your active engagement in dealing with this alarming and unacceptable lack of response of [the] Gef.”

Espinosa did not respond to the appeal. UNFCCC spokesman Nick Nuttall confirmed receipt of the letter. Asked whether Espinosa, or any UNFCCC officials, had contact with the Gef about Palestine’s communications, Nuttall would not comment.

“The issue of responsiveness to the funding requests of Palestine has been discussed at UNFCCC meetings over the past year and a half, including at the last conference of the parties in Bonn, Germany in November 2017,” said Nuttall.

The 2017 Bonn talks produced a resolution directed at the Gef, noting “the importance of providing timely responses to the requests of developing country parties”. This was adopted by consensus, with no objection from the US.

The UN Development Programme (UNDP) was chosen by the Palestinians to oversee its Gef-funded projects. A spokeswoman told CHN that the Jerusalem-based Programme of Assistance to the Palestinian People (PAPP) had been coordinating with the Palestinians on this matter since they received a request on the same day in 2016 that Atteerah originally wrote to Ishii.

The spokeswoman said: “The State of Palestine, as a non-annex I country to the UNFCCC, is eligible to access these GEF resources, as all other developing countries… UNDP/PAPP is ready to support the Environment Quality Authority and the Palestinian government to prepare these reports, upon request, and meet its obligations as a member to the UNFCCC.”

She said the UNDP had not communicated with the Gef directly about the Palestinian requests.

A non-exhaustive survey of the hundreds of approved applications for reporting assistance listed on the Gef website shows the time between the application being received and initial funding being approved is typically a few months.

One application for funding, submitted by a group of 25 developing countries, made on 11 March, 2016, was approved by the time the Palestinian government first wrote to Ishii, on July 18.

The revelation comes at a critical time for the Gef, which is in the final stages of a two-year process to refill its coffers. This will define what the body can achieve over the coming four years.

But US funding is increasingly uncertain. In 2017, in a draft executive order published by the New York Times, US president Donald Trump indicated be was planning to slash overseas support. If the order is signed, it will also mandate a cessation of funding to UN affiliates and other international organisations that grant full membership to Palestine.

US law prohibits the country from funding UN bodies that recognise Palestine. The US has withheld funding from the UN’s cultural body Unesco since it admitted Palestine in 2011. In 2017, the US and Israel withdrew from Unesco altogether, citing anti-Israel bias. Trump’s first budget proposal cut funding for the UNFCCC, giving similar reasons.

The Gef, which is headquartered just two blocks west along Pennsylvania Avenue from the White House, is not a UN body and therefore not affected by the law. But Trump’s draft order, which references “other international organisations”, would include the Gef.

In Trump’s 2019 presidential budget proposal, released in February, annual funding for the Gef was slashed by more than half, to $68m.

Even before Trump’s election, realpolitik appears to have lead the Gef to blur its relationship to Palestine. The country’s status within the Gef is not made clear on the organisation’s website. It was not on a list of member states published during its council meeting in November 2017. National representatives, or focal points, to the Gef are listed on the organisation’s website. Palestine’s focal point, Thaher, is not among them.

Thaher told CHN that this dates back almost a decade: “Before 2006, Palestine focal points were presented on the list of GEF focal points and after that GEF deleted the Palestinian focal points from the list.”

Palestine is also not included in a list that carries profiles of the countries the Gef has lent money to. That is despite the fact that Palestine has been a recipient of Gef funding on several occasions. After the Palestinian Authority was created by the Oslo Accords in the mid-1990s, Palestine was included in six regional Gef projects, worth a total of $27.23m. But after 2005, two similar projects were cancelled. No more have been proposed.