The body that oversees the Paris treaty also recognises Palestine, raising the prospect that Thursday’s decision to leave Unesco sets a precedent 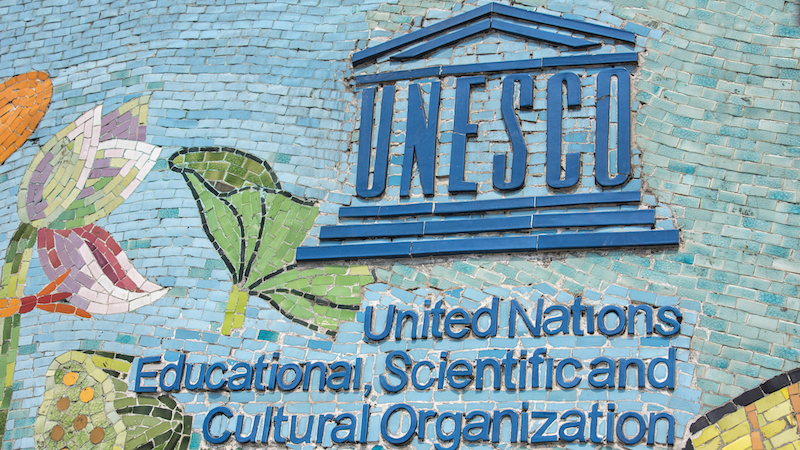 “This decision was not taken lightly," said a state department spokeswoman after the US announced it would leave the UN cultural body (Photo: Deposit Photos)

“Anti-Israel bias” was one reason given by the state department on Thursday for its decision to withdraw from the UN Educational, Scientific and Cultural Organisation (Unesco).

Unesco, which oversees national management of world heritage and protects freedom of expression around the world, admitted Palestine as a full member state in 2011. The US reacted by suspending payments to the organisation.

Another major UN treaty organisation to which Palestine has been accepted as a full member is the UN Framework Convention on Climate Change (UNFCCC), the treaty under which the Paris accord was signed.

Palestine joined the UNFCCC in 2016, just after the Paris conference. It was previously an observer to the convention.

On Thursday, in response to questions over whether the Unesco withdrawal set a precedent for US non-cooperation with bodies that recognise Palestine, including the UNFCCC, a state department spokeswoman said: “We do not speculate about possible future actions of the department.”

“This decision was not taken lightly, and reflects US concerns with mounting arrears at Unesco, the need for fundamental reform in the organisation, and continuing anti-Israel bias at the organisation,” said the spokeswoman.

Palestine’s representative to the UNFCCC Nedal Katbehbader told Climate Home that he was not convinced Palestine’s membership was the reason for the Unesco withdrawal as the state was not specifically named by the US when it announced its reasons for leaving.

“I never saw anything that said they are withdrawing because the Palestinians are members of Unesco. They are talking about fundamental reform of Unesco in general,” said the ministerial advisor.

He defended Palestine’s participation in the UN climate treaty and noted they had been active members since joining, despite their limited resources.

“We have shown that we are very committed to the global consensus to find a solution to climate change,” he said. “We can’t speak on behalf of the US and we can’t understand what is behind their decision.”

Last year, Palestine withdrew a submission to the UNFCCC asking members to recognise Israel’s occupation had made the state more vulnerable to climate change.

The US has already said it wants to withdraw from the Paris climate deal. That will take until 2020 under the agreement rules. But if the US were to cut ties with the UNFCCC it could do so within a year, simultaneously leaving the Paris accord.

Republicans have long used Palestine’s UNFCCC membership to argue that payments to the body, and to the associated Green Climate Fund, are illegal. The Republican presidential platform enshrined this as policy in 2016.

Katbehbader noted that Obama administration lawyers had found that payments to the UNFCCC were legal under US law.

Israel’s stance towards the cultural body has hardened since Unesco anointed the city of Hebron, within the occupied territories, as a Palestinian world heritage site.

Unesco director general Irina Bokova expressed “profound regret” at the announcement, calling it “a loss to both the organisation and the US”.

Later on Thursday, it was reported that Israel would join the US in leaving the body.