In exclusive interviews, Poland’s climate chief said “calls for ambition bring nothing” while the environment ministry refused to back science on cause of climate change 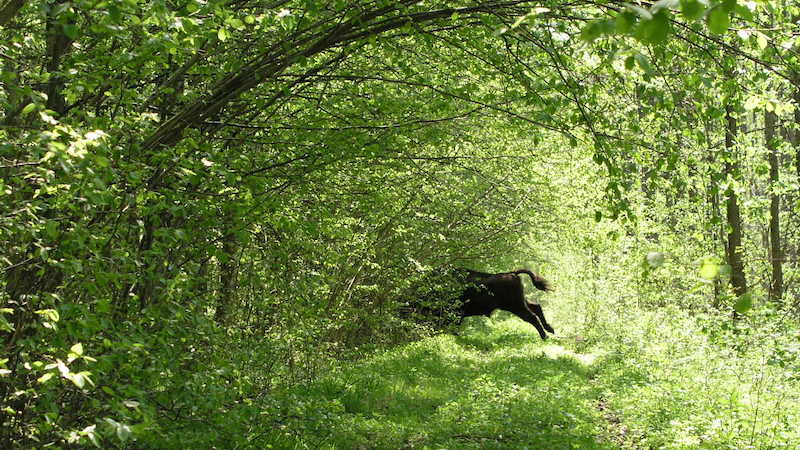 Poland has put the EU offside with logging in the Białowieża Forest, a refuge for the European bison. (Photo: Herr Stahlhoefer)

Poland’s special climate envoy has called for the world to put “common sense” above climate ambition at this year’s COP24 summit in an exclusive interview with Climate Home News.

Tomasz Chruszczow, Poland’s top climate negotiator and 2018 UN climate champion, said a push to increase national pledges to stop the world warming more than 1.5C should not be the focus for the world’s climate negotiators when they meet in the Polish city of Katowice in December.

Instead, Chruszczow called for other states to slow down and concentrate on agreeing the rulebook for the Paris Agreement.

Ratification of the accord had moved “at the speed of light” and now, “we need an implementation package to be adopted in Katowice,” he said. “Calls for ambition bring nothing.”

“Instead of being driven by enthusiasm, let’s be driven by responsible common sense which is about poverty eradication, combatting hunger and security of energy supplies,” he said.

Chruszczow was appointed Poland’s “high level climate champion” at the most recent UN talks in Bonn. In this role he will represent the global community and be responsible for an agenda that encourages business and civil society to take greater action on cutting carbon.

Yet he remains sceptical about how fast the world can go. A UN Intergovernmental Panel on Climate Change (IPCC) review of actions needed to limit global warming to 1.5C – due out this year – would “probably not” result in new action from governments, he said. 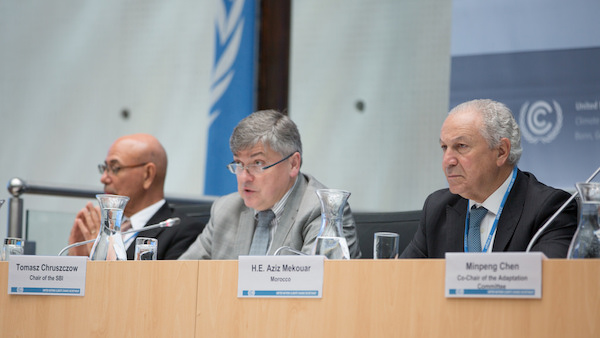 This is despite most nations agreeing they need to increase their pledges to the Paris Agreement to hold warming below the critical 2C barrier – and ensure that the more challenging 1.5C goal was cleaved to as closely as possible.

Chruszczow suggested this strategy had already been overtaken by events. “If we want the world to stay within safe limits of temperature range, I would risk saying we are already beyond the safe limits,” he told Climate Home News.

Poland has long stood apart from mainstream European ambition to clean up the environment. It remains coal dependent, opposed to onshore wind power, resistant to emissions cuts and obstructive towards wider environmental protections.

But Chruszczow argues that enthusiastic declarations by countries such as Germany – which junked its 2020 climate target to little fanfare last month – are worth little when compared with Poland’s “achievements so far”.

“I wish everyone was as ambitious as we are,” he said, pointing to the emissions drop that followed the shuttering of Poland’s heavy industries after 1989.

Poland’s environment ministry goes further, describing the country as “one of the world leaders in climate action”, for its hosting of three UN climate conferences in a decade.

When asked if Poland backed the IPCC view of human activity as the key driver of climate change though, the ministry was vague.

In an emailed statement to Climate Home News, a spokesman said: “We have no doubt that we must combat climate change. Its effects cause, among other things, economic losses and also threaten the health and lives of people. It is therefore in the interests of all of us, regardless of the disputes over the causes of this phenomenon, to work towards reducing climate change.”

The comments were originally attributed to the new environment minister, Henryk Kowalczyk, but withdrawn, reattributed, and then withdrawn again. The ministry declined several requests to clarify what position they took on the “dispute”.

Szyszko, a forester by trade, had dangerously isolated Poland within the EU with a bullish insistence on logging in the ancient Bialowieza forest. Kowalczyk has since rowed back this policy.

“Kowalczyk is doing everything to make a deescalation with Brussels,” said Robert Tomaszewski, a senior energy analyst at the Polityka Insight think tank. “It’s his main job.”

Polityka Insight now expects a continuation of Szyszko’s environment policy but “with better PR and better relations with Brussels”.

The environment ministry spokesman said: “We want good cooperation with Brussels in all areas where such cooperation is necessary.”

Surprisingly, the question of whether Kowalczyk will foster that cooperation by chairing the COP24 summit is still open. Szyszko, who was the president of the 5th UN climate conference in 1999, was presumed to be returning to the post this year. If he were replaced, Tomaszewski said, it would be “pretty big chaos”.

Overall, Poland’s environment ministry is seen as having been caught up in a power shift under the new far right Law and Justice Party government.

“Climate policy has been outsourced – or taken over – by the ministry of energy because, from the government’s perspective, it affects coal plants and power plants,” said Aleksander Sniegocki, the climate project manager at Poland’s WiseEuropa think tank.

“At some point in 2017, energy just became the key ministry for negotiating EU climate regulations.”

With a weak environment minister, a mid-term commitment to coal and gas power, and a government torn between greenish gestures abroad and zero-sum energy patriotism at home, Poland’s hosting of the critical 2018 climate talks may veer off-green, said Tomaszewski.

“They are going to say decarbonisation is happening. We’re planning to use more natural gas, build a Baltic pipeline and import more from Norway,” he predicted.

“And they will use Katowice as a platform to defend coal and say we are going to make it clean. And they will talk about forests and CO2. And everyone will be happy, the same as at COP19, five years ago in Warsaw.”