Katowice, home to the largest coal company in the EU, will host the pivotal 2018 climate talks 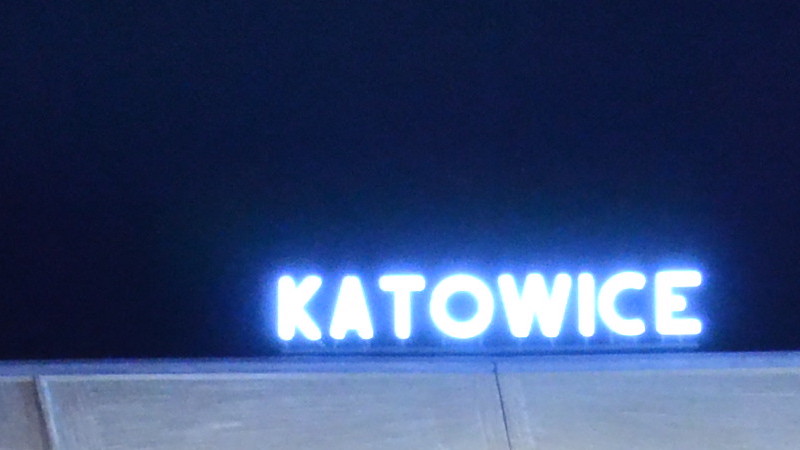 The pivotal 2018 UN climate conference will be held in the heart of Poland’s coal mining industry, in a move that has angered some campaigners but offered others hope that it symbolises transition away from fossil fuels.

The town of Katowice – founded on coal mining – is in the heart of the Upper Silesian coal basin and plays host to one of the European mining industry’s biggest trade fairs.

The choice of town was announced by the United Nations Framework Convention on Climate Change (UNFCCC) on the day US president Donald Trump was expected to leave the Paris climate agreement.

Poland has long been a reluctant participant in the UN process, dragged into an ambitious EU negotiating bloc but influenced by the powerful domestic coal industry.

Climate Home revealed this week that the country is now part of a concerted effort by eastern European countries to water down the EU laws that would help keep the promises made under the accord.

The presidency of a COP is vital for ensuring that the diplomacy runs smoothly. In Paris, the French presidency was one of the pivotal factors in coercing 197 nations to sign up to a deal that forced all to make deep compromises.

UNFCCC chair Patricia Espinosa said in a statement that governments were expected to reach “key milestones” at the 2018 conference.

Countries will come together to take stock of their progress towards the targets they agreed three years before in Paris. Those targets are too weak to avert dangerous climate change and the Polish conference will be an opportunity for them to be upgraded.

The presidency of climate conferences rotates through regions. As the largest of the eastern European group of countries, Poland has often played host to UNFCCC meetings. Poznań in 2008 and Warsaw in 2013. It also presided over the Bonn conference in 1999.

Corporate and industry involvement in climate talks has been a tense issue this year, with developing countries and environment groups challenging the access granted to corporations that may seek to work against climate action.

Jesse Bragg of Corporate Accountability International has been the spokesperson for the NGO side of that campaign. On Thursday he likened the location of the 2018 COP to holding a public health convention in Winston Salem – the heart of tobacco country in the US south.

“Katowice is at the centre of Poland’s continued addiction to the dirtiest of fossil fuels, and home to Europe’s largest coal mining corporation,” said Bragg.

Last time the Poles played host, the government hosted a parallel conference nearby called the International Coal and Climate Summit – run with the World Coal Association. Espinosa’s predecessor Christiana Figueres gave that event a key note address, to the dismay of those who see coal as antithetical to a safe climate.

Bragg said: “As we saw in Warsaw, the global coal industry, led by the World Coal Association, will see this decision as a green light to push its false solutions and further position the industry as a stakeholder in the solution – to the detriment of the UNFCCC process and the Paris Agreement itself.”

The World Coal Association said it had not begun planning for the 2018 conference.

In 2018, the conference goes deep into Europe’s coal heartland. Polska Grupa Górnicza (PGG), the Polish Mining Group, is headquartered just 2km from the convention centre where the 24th Conference of Parties (COP24) will likely take place in late 2018.

PGG is the largest coal company in the EU. It was formed in 2016 as an agglomeration of struggling Polish coal miners. It was projected at the time to produce 28 million tonnes per year.

But Maciej Nowicki, former Minister of the Environment of the Republic of Poland and COP president in Poznań, said Katowice was “already on the way to transform from the strictly coal-dependent region to the modern city offering new ways of sustainable development”.

“The just transition is happening regardless the obstacles and I hope that in the next years we will observe even broader and more efficient cooperation of local authorities, citizens and all parties focused on the climate friendly future of that region, Poland and the world,” said Nowicki.

Urszula Stefanowicz, a climate expert from the Climate Coalition, said the selection was symbolic of the need to transform the economy.

“On one side we see the mining damages, the enormous air pollution and the increasing costs of coal mining from the deep seams. On the other hand – the incredible potential of the transforming Silesia to a low emission economy. We should use the chance and show the international community that a mining region can be moved on the track of increasing innovations, effective economy and improving the quality of life of its citizens,” she said.