French president did not announce any new climate initiatives with Xi Jinping on China visit, but his efforts to learn the language went viral 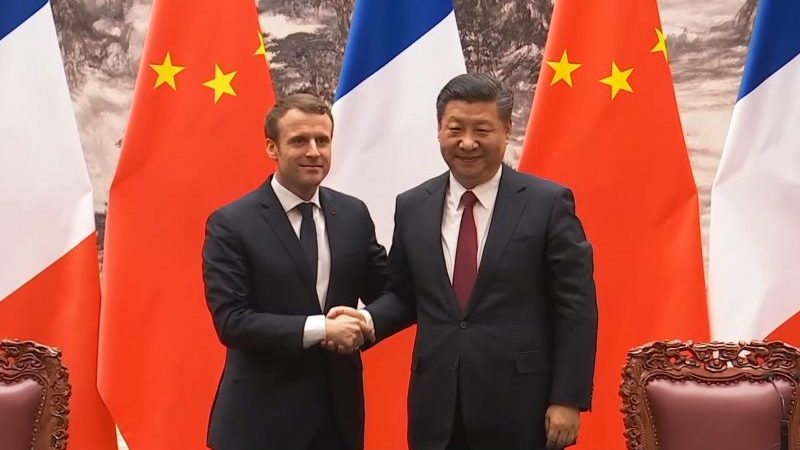 French president Emmanuel Macron charmed the Chinese public by delivering his climate slogan “make our planet great again” in Mandarin during a three-day visit to China.

A short video Macron posted on social media went viral among Chinese internet users, who were impressed with the French president’s efforts to learn a phrase in their language.

Macron forged the slogan – an echo of US president Donald Trump’s “make America great again” – last year to show his continued support for the Paris Agreement in the face of Trump’s decision to withdraw the US.

Observers hoping for new climate change initiatives were disappointed by a joint statement from Macron and his Chinese counterpart Xi Jinping, however.

Climate activists have pinned high hopes on the two leaders to renew political momentum for the international climate treaty that aims to limit global temperature rise within 2C, despite the White House.

Yet in their joint statement, released by Xinhua News Agency on Wednesday, Macron and Xi focused on what was already agreed.

The two reassured each other they would “deepen cooperation” on environment and climate change, and applauded each other’s recent achievements: the Paris One Planet Summit hosted by France and soft launch of a national emissions trading scheme in China.

Both sides expressed satisfaction with progress that had been made on green financing since China hosted the G20 summit in Hangzhou in 2016, according to the statement.

And they promised to work together with other countries to intensify pre-2020 climate action, which was one of the more contentious issues at last month’s UN climate talks in Bonn.

As a demonstration of the two countries’ commitment to multilateralism, Xi and Macron said they will “keep constructive dialogues on international treaties”, including biodiversity, nature conservation and protecting marine life.

They announced a “China-France Year of Environment” to deepen cooperation.

Li Shuo, a senior climate campaigner with Greenpeace, said the dialogue “strikes the right tone for this critical year of climate action, when over 190 nations are expected to work out detailed rules to implement Paris Agreement.

Among a string of business deals with China Macron secured during his visits, cooperation deals on nuclear and aviation were framed as means to tackle climate change by some Chinese observers.