Paris meeting showed movement towards cleaner investments by development banks and the private sector, but there was little new money for the poorest 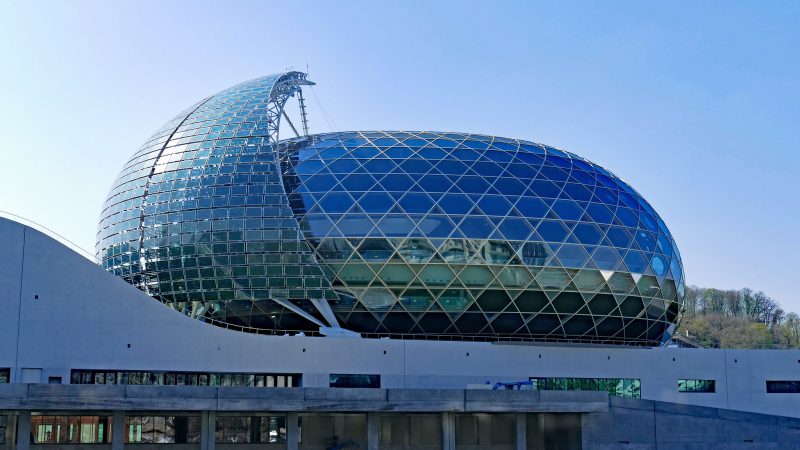 President Emmanuel Macron sought to inject some urgency into international climate efforts on Tuesday with an announcement-packed summit in Paris.

Shifting finance flows from dirty energy to clean was a major theme, with moves from the World Bank and investor networks responsible for $26 trillion of assets worldwide.

More than 60 heads of state showed up, forming coalitions to drive action in various sectors. These included phasing out coal, cutting emissions from shipping and building back stronger from Caribbean hurricanes.

Macron reminded delegates that two years after countries adopted the Paris climate agreement, the world was on course for more than 3C of warming. That exceeds the goal of holding temperature rise “well below 2C” and is projected to wipe some small island states off the map.

Donald Trump’s plan to pull the US out “weakened” the agreement, he admitted. “What we have to do in the coming hours is very tangibly, each one of us, explain the firm commitments we’re making to change what seems to be an unavoidable destiny…

“We are here not for words but for deeds because we are facing an ongoing emergency.”

UN chief Antonio Guterres emphasised the importance of getting money flowing towards climate-friendly infrastructure, saying: “Finance is the difference between winning and losing the war.”

The World Bank’s Jim Kim credited Macron for motivating one of the biggest reveals of the summit: a pledge to stop financing oil and gas drilling projects from 2019 (with a caveat for “exceptional circumstances”).

That showed “true leadership”, said Shelagh Whitley, climate and energy expert at the Overseas Development Institute. “There is now global consensus that energy access for the poor is best provided through clean energy and that shared prosperity can only be assured through ambitious action on climate change.”

In the private sector, 225 investors launched Climate Action 100+, a campaign to bring the world’s 100 biggest corporate climate polluters in line with the Paris goals.

The announcement followed a day after Exxon Mobil bowed to shareholder pressure and agreed to publish analysis of how its oil and gas assets will fare in a 2C world.

Carbon neutrality: 14 countries including Germany, Ethiopia and Costa Rica promised to develop plans to slash or offset their emissions entirely by 2050

Coal: an alliance led by the UK and Canada to phase out coal announced new members including Sweden, California and EDF, taking the total to 26 countries, 8 sub-national governments and 24 companies

Shipping: 36 countries including Australia, Greece and the Marshall Islands (which has the world’s second largest flag registry) called on the International Maritime Organization to curb shipping emissions in line with the Paris agreement

Resilience: Caribbean leaders, in partnership with development banks, revealed an $8bn investment plan for the region to build back stronger from hurricanes

Carbon pricing: Twelve countries and regions of the Americas including Colombia, Costa Rica and Chile pledged to put a price on carbon and develop ties between their emission trading schemes

The “One Planet Summit” was a major political project for Macron, defending the Paris agreement’s legacy from Trump. It got a mixed reception.

Climate policy veteran Paul Bledsoe, who served in Bill Clinton’s White House, praised Macron’s attention to the climate science and willingness to keep the issue high on the international agenda.

“I really think that Macron recognises that climate protection is the single most important economic and security issue today. He has the opportunity to inspire a new generation of leaders,” Bledsoe told Climate Home News.

In the run-up to the event, poorer countries hoped for new money to support their struggle with the impacts of climate change.

The UK brought £140m ($186m) to fight illegal logging of tropical forests and boost resilience to climate-related disasters. The EU said €9bn ($11bn) of its “external investment plan” for Africa and neighbouring countries was targeted at sustainable projects.

But nobody volunteered to plug the $2bn gap in the Green Climate Fund left by Trump axing the US contribution. And there was little visibility of the path to the $100bn of annual climate finance the developed world has promised to mobilise by 2020.

Mpanu Mpanu told Climate Home News many projects that vulnerable communities needed were simply not attractive to the private sector. “We know that public finance will not be sufficient and it needs to be used to leverage where the real money is,” he said. “But for some of us developing countries, where we don’t have a strong business environment for private investment, having clarity on levels of public finance is what gives us comfort.”

This article has been corrected. A previous version mistakenly said the UK had brought £140 billion, instead of million