The rich are ‘renegotiating’ the Paris climate deal by trying to limit access for middle income countries to climate finance, it has been claimed 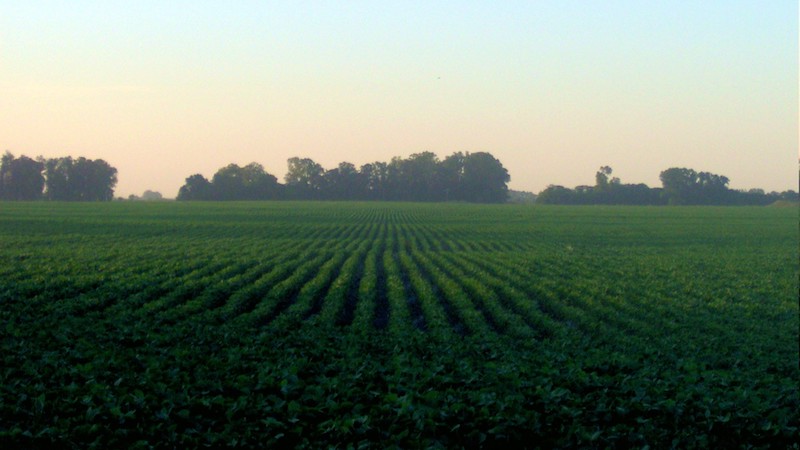 Soyfields in Argentina, sustainable agriculture projects in South America have been struck down by the UK (Photo: Alfonso/Wikipedia)

Brazil, China, India and South Africa – which makes up the Basic negotiating group – and the G77 coalition of 133 developing countries have accused rich countries of trying to “unilaterally apply new eligibility criteria” to the Global Environmental Facility (Gef) and Green Climate Fund (GCF).

The Gef and GCF both act as conduits for billions of dollars in climate finance given by industrialised countries to fund projects that can help improve the lot of those most affected and least prepared for climate change. This assistance comes in the form of grants and loans.

During the last board meeting of the Gef in Addis Ababa in October, developed countries proposed middle income countries should have access to grants blocked. Instead, they would only be able to apply for loans granted at a concessional interest rate.

According to Brazil’s chief climate negotiator José Antônio Marcondes, if the rules changed as proposed, in Latin American, only Haiti would be eligible for grants.

In the same month, the UK vetoed Argentinian and Paraguayan projects in the GCF (where decisions are reached by consensus). The bids, worth $67m between them, would have been directed to sustainable forestry and farming activities.

At the time, British representative Josceline Wheatley suggested that the grants were too generous for middle income countries.

In a statement, the Basic group told delegates to climate talks in Bonn: “These attempts have no legal basis and, in our view, are tantamount to renegotiating [the Paris Agreement]. This may potentially undermine the level of ambition of developing countries in the global effort against climate change”. The Basic group said they had the backing of the G77.

Marcondes said the moves were “an attempt to rewrite the Paris Agreement”, adding that differentiating the developing world would make the funds work like the World Bank.

Report: Indigenous peoples given a voice at UN climate talks

“But unfortunately there is an attempt to make them work like development banks. That would demonstrate that developed countries are not honouring their commitments,” he said.

“This has not been done in an open manner, but rather in the way they operationalise. For instance, there has been a bigger institutional effort towards loans than concessional transfers”, said Zambrana.

Miguel Arias Cañete, EU commissioner for climate action and energy, said: “There are probably many improvements that can be done but the important thing is that we are fulfilling our commitments.”

At an event on the sidelines of the Bonn talks last week, Howard Bamsey, executive director of GCF, said there was nothing in the funds constitution to support a division of developing countries.

“It’s always a complicated calculus when we try to define for the board the appropriate level of concessionality – that is the level required to make the project viable. But there is no policy that says we should take a different approach for middle income countries,” he said.

In a press conference for Spanish-speaking reporters, UNFCCC executive secretary Patricia Espinosa said the funds were “highly appreciated by developing countries as they reflect the principle under which the developed world bears a bigger responsibility” against climate change.

Espinosa said that, while it is understandable why the developing countries have raised the issue, the UN talks talks were not the appropriate place to discuss the funds.

“GEF and GCF have their own boards, where decisions are taken. It’s important that the countries act through their representatives in these boards,” she said.