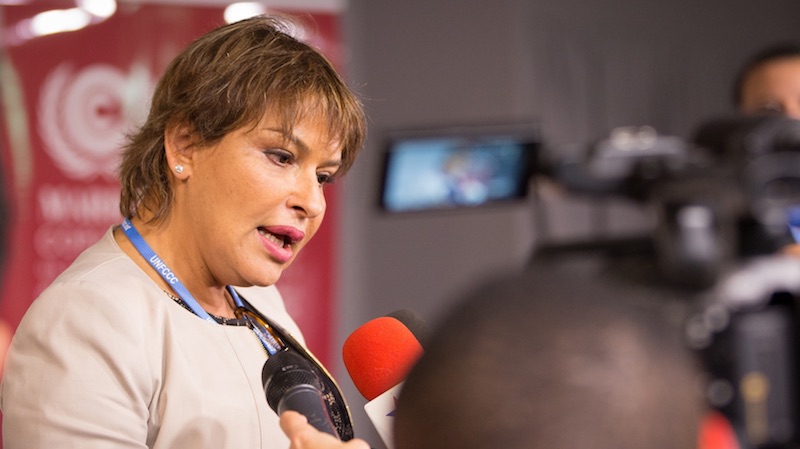 A leading diplomat who helped steer last year’s UN climate negotiations through the tumult of Donald Trump’s election will not take up her duties as talks resume in Bonn on Monday, after Morocco’s king placed her on a list of ‘negligent’ officials.

Hakima el Haite, who was Morocco’s environment minister until a change of government in March, still represented Morocco as a UN ‘climate champion’.

The role meant El Haite was in charge of guiding a process called the UN global climate action agenda – a programme that encourages partnerships between countries, regions and businesses to reduce emissions.

That agenda grew in significance in 2017, as Trump’s reversal on the Paris deal undermined confidence the world could act together.

But in October, Morocco’s king Mohammed VI included El Haite’s name on a list that led to a mass cull of ministers and officials. Those named were said to have failed to improve the situation in the country’s northern regions and had shown “negligence in the exercise of responsibility”, according to a report released by the monarch.

Civil unrest, which began just before Morocco hosted the 2016 UN climate talks in Marrakech, has continued in the north this year. This led the king to commission a review of government activity in the region. The report was then used as grounds for dismissal of several serving ministers and the demotion of El Haite.

She would have been passing the baton to Fiji’s minister for agriculture, rural and maritime development Inia Seruiratu at the Bonn 23rd conference of parties (Cop23) to the UN climate convention.

El Haite was preceded by and worked closely with Laurence Tubiana, a high-level French diplomat credited with a key role in the Paris climate agreement.

The Moroccan Cop22 presidency, which is led by former foreign minister Salaheddine Mezouar, will officially hand over the running of the talks to the Fijians on Monday in Bonn, Germany. El Haite’s busy schedule at the talks will be filled by other Moroccan officials.

The Moroccan presidency would not comment on the loss of the powerful diplomat. The UN Framework Convention on Climate Change, which oversees the conference and the global action agenda, confirmed El Haite would not be attending the conference.