UK and Canada challenge other nations to join them in committing to end coal power generation, saying “we are doing our part” 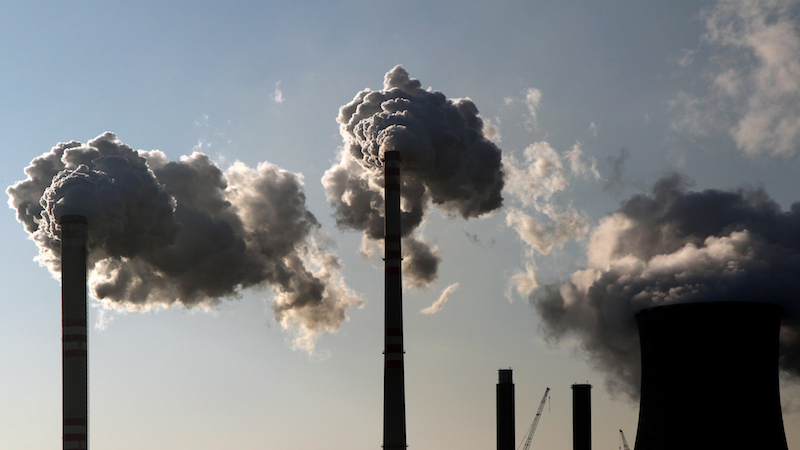 Coal produces around 9% of power in both the UK and Canada (Photo: Deposit Photos)

The UK and Canada on Wednesday called on other nations to join them in ridding their energy sectors of coal power.

The two nations have committed to phase coal out of their electricity generation – by 2025 in the UK and 2030 in Canada.

Canada’s minister for the environment Catherine McKenna and UK climate minister Claire Perry met at the Houses of Parliament in London. Afterwards, they released a joint statement calling for an end to the use of the fuel that creates more carbon emissions than any other.

All the COP23 news: Not just Donald Trump! Climate Home will be taking its largest ever team to the climate talks in Bonn. Sign up for our daily newsletter from this critical meeting

“Phasing unabated coal power out of the energy mix and replacing it with cleaner technologies will significantly reduce our greenhouse gas emissions, improve the health of our communities, and benefit generations to come,” the ministers said.

The announcement followed a September meeting between leaders Justin Trudeau and Theresa May, during which they agreed to team up on driving the global transition away from coal.

Coal plays a small role in the nations’ electricity mix – producing roughly 9% of electricity in both. Canada already gets 59% percent of its power from hydroelectricity.

In the UK, where coal first ignited the industrial revolution, EU pollution rules and a domestic carbon floor price are rapidly driving the fuel out of the mix. This year, with the growing influence of renewable energy, the UK began experiencing summer days during which not a single coal station needed to be turned on.

“We are doing our part, but we recognise the need to accelerate the international transition from burning coal to using cleaner power sources,” said McKenna and Perry. “Today, we announce that Canada and the UK will champion a global alliance on the transition from unabated coal-fired electricity.”

The term “unabated” means without carbon capture and storage (CCS) technology, which can remove CO2 from power station emissions and pump it underground. CCS has yet to take off on a commercial scale.

Both the UK and Canada have significant non-coal fossil fuel industries, which their governments continue to back. The UK recently announced a £5 million subsidy for North Sea oil exploration.

Canada extracts heavy oil from tar sands, in a carbon-intensive process. A number of pipelines are planned to transport that oil to other markets.

On Tuesday at a conference at Chatham House in London, McKenna defended the industry.

“We still are going to get our resources to market in the near term; we are still going to use oil and gas,” she said. “I am elected to represent the people of Canada… that includes tar sands workers.”

The ministers did not specify which countries they viewed as prospective alliance members. The Netherlands is a recent candidate to join, after announcing a coal phase out by 2030 on Wednesday.

For many other nations, joining the UK and Canada will be more difficult politically or technically. Developing countries argue that it is the responsibility of the rich to end their use of coal first. India’s government is adamant it will continue burning coal “for decades to come”.

The UK-Canada alliance will be launched at the COP23 climate talks in Bonn, Germany in November. In Germany, coal still produces 40% of electricity.

Next week, a group of oddly-matched left and right parties will begin negotiations to build a coalition government. A coal phase out promises to be a tough issue.

German Green politicians told Clean Energy Wire and Climate Home this week that there would not be a coalition without progress on climate change. Chancellor Angela Merkel will have to balance this against her own conservative party’s cautious stance on the energy transition and that of the economically liberal Free Democratic Party.

Canada and EU countries have seized the diplomatic initiative on climate change in 2017. Last month, representatives of 35 countries met in Montreal hosted by Canada, China and the EU. The meeting replaced a similar climate leadership group formerly hosted by the US.

At Chatham House, McKenna said the political upheavals in Canada’s neighbour had “strengthened their resolve” to tackle climate change.

“It used to be the US hosted major economies to discuss and advance action. This was certainly the case under president Obama,” said McKenna. When it became clear this would not happen under Donald Trump – in June he announced he would withdraw the US from the Paris climate deal as soon as possible – McKenna flew to Berlin to meet Chinese and EU counterparts.