Proposal for future relationship with EU calls for cooperation on energy security, but makes no mention of the Paris Agreement, a stated priority in Brussels 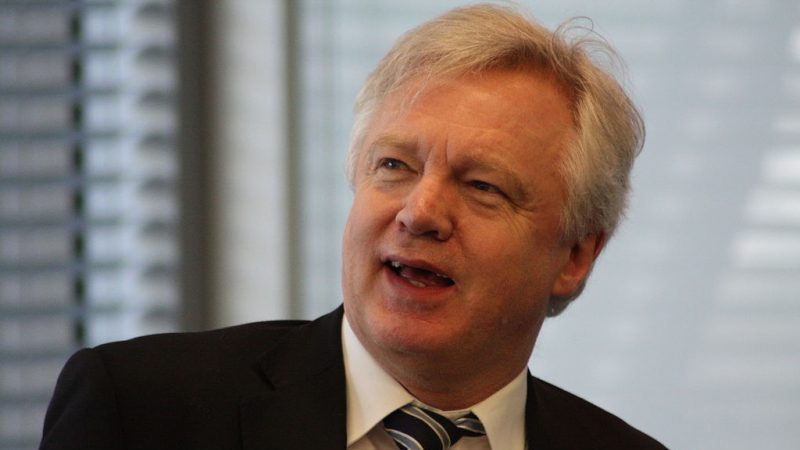 The UK government made no mention of climate change in a paper published Tuesday on its proposed foreign policy relationship with the EU after Brexit.

The document calls for continued cooperation on defence and security issues, including energy security, as Britain prepares to leave the EU, emphasising shared values and interests. But fails to mention climate change, which the EU ranks among its foreign policy priorities.

The paper omits the Paris Agreement on climate change from a list of international agreements the UK is “committed” to. The unrelated Paris Charter is included, along with Sustainable Development Goals, NATO and the UN Charter.

“I was surprised to see nothing on climate change,” said Jonathan Gaventa, director at environmental think tank E3G. “In terms of foreign policy, it feels like the Paris Agreement is probably the most important multilateral agreement for the EU for quite a number of years.”

In his annual address to the EU parliament on Wednesday, European commission president Jean-Claude Juncker noted the “collapse of the ambitions in the US” and committed the EU to stepping into the void. “Lets catch the wind on our sails,” he said.

In UN climate talks, Britain has previously negotiated as part of the EU team. Around the key summits, foreign office diplomats worked with governments around the world to lay the foundations for political agreement. For example, former special envoy David King championed Mission Innovation, a pledge by 20 governments to double research funding for clean technology.

At the time of publication, the department for exiting the EU had not responded to a request for comment.

Brexit secretary David Davis, foreign secretary Boris Johnson and defence secretary Michael Fallon, who are jointly responsible for the paper, have all previously cast doubt on the scientific consensus that global warming is driven by human activity.

These contrarian views are at odds with EU foreign policy priorities and their own government’s official line.

In a 2013 Daily Mail article, Davis said the frequently cited figure that 97% of climate scientists agree on this point “simply does not stack up”. In 2014, Fallon said: “Unthinking climate change worship has damaged British industry and put up consumer bills.”

Johnson has cited sun spot theory crank Piers Corbyn more than once in his Telegraph newspaper column. As a minister, though, he claims to have lobbied US president Donald Trump to stay in the Paris Agreement.

Under Johnson, the foreign office has continued to reduce the number of staff committed to working on climate change. Numbers have fallen 60% since 2011, according to data released under freedom of information laws.

EU foreign affairs chief Federica Mogherini said in a recent update on the 28-state bloc’s global strategy: “In a moment when the crucial role of the United Nations’ system, the importance of development cooperation, or the reality of climate change are put into question, the Global Strategy has been a reminder of the European Union’s strategic interest in a cooperative world order…

“Our support to the Paris Agreement on climate change, the Sustainable Development Goals or to peacekeeping operations represents a point of reference for our partners around the world.”

Meanwhile, sources from the UK department for business, energy and industrial strategy say it is set to publish its long-awaited green growth strategy next week. That will set out policies to meet Britain’s emissions reduction targets next decade.

A report published by PwC on Tuesday showed that the UK cut its carbon emission for each unit of GDP 7.7% in 2016, the steepest rate in the G20.

“This report confirms the UK is leading the world in the fight against climate change and highlights the results of our efforts to phase out dirty coal power while investing in renewable technologies and energy efficiency,” said Claire Perry, minister for climate change and industry, in a statement.

In another win for British clean energy policy on Monday, developers bid to supply power from 2.4GW of offshore wind capacity at £57.50/MWh ($76.33), a record low price that is forecast to undercut new gas plants in the early 2020s.

To sustain and accelerate the trend, experts say more policies will be needed to decarbonise heat and transport.

The Brexit department is not completely ignoring climate change. Another “partnership paper” on science and innovation published last week referred to climate change as a key area for collaboration, citing links between the UK Met Office’s Hadley Centre and EU research institutes.

But several questions remain to be answered about the UK’s participation in EU-wide climate and energy policy from March 2019, when it is scheduled to quit the alliance. The two sides will not start formal talks on their future relationship until they have made made progress on the terms of the split.