In its biggest project to date, the UN’s flagship climate finance scheme is putting $150m towards developing wind, hydro and solar power in Egypt 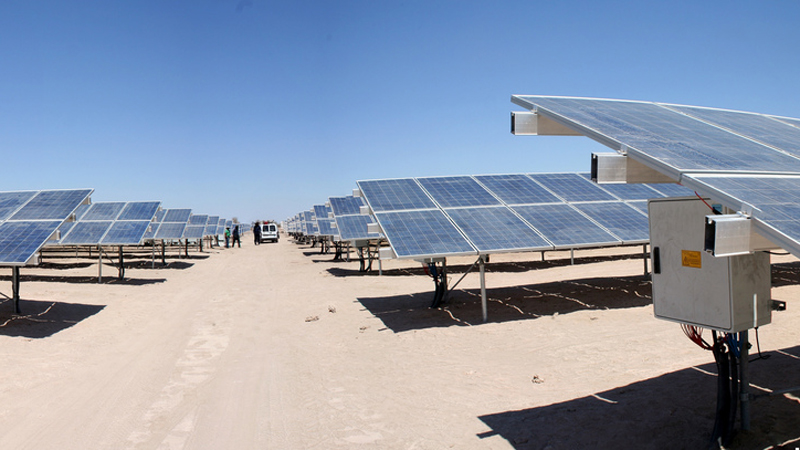 The Green Climate Fund is set to start disbursing its contribution to a $1 billion renewable energy drive in Egypt next month.

It signed a deal with the European Bank for Reconstruction and Development (EBRD) on Thursday, clearing the last legal hurdle to get money flowing.

In the biggest project GCF has funded to date, it will supply up to $150 million worth of loans and a $4.7m grant. The EBRD, which is responsible for implementing the project, is putting in a $2.3m grant and $350m of loans. Other international development banks and private sector players are expected to match that investment.

The money will support the Egyptian government’s target of generating 20% of electricity from renewable sources – wind, hydro and solar – by 2022. The money will be used to fund technical assistance with policy and planning, and encourage investors to enter the clean energy market.

A UN-backed initiative to channel cash from rich to poorer countries for meeting international climate goals, the GCF is under pressure to show results. Five years after its inception and 21 months since the board approved its first tranche of projects, the fund has only released a few million dollars of its $10bn start-up capital.

With president Donald Trump reneging on $2bn of the US pledged donation and beneficiaries complaining of onerous bureaucracy to access funds, it faces significant political challenges.

At its last meeting in July, the GCF board empowered technical advisors to reject technically flawed projects, in a bid to streamline the process.

Karen Orenstein, deputy director of economic policy at Friends of the Earth, raised concerns over the proportion of the GCF’s funding that had so far been committed to projects managed by the EBRD – 26% according to the bank.

“That’s a problem,” she said. “Without commenting on the merits of the projects, the GCF should be channeling far more resources into developing country institutions, not European development banks.”

The EBRD is aiming to dedicate 40% of its funds to the “green economy” by 2020. Meanwhile, it continues to fund some fossil fuel ventures. Notably, the bank is considering a $500m loan to the Southern Gas Corridor, a controversial pipeline from Azerbaijan to Europe.