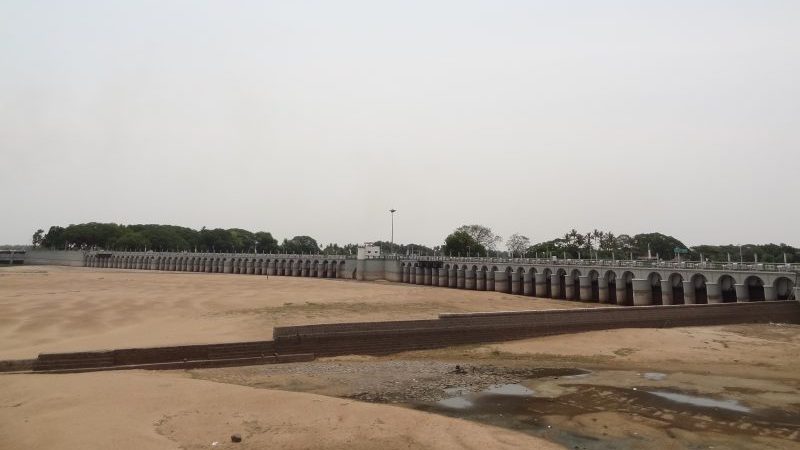 2,000-year-old Kallanai dam, at the heart of the Cauvery Delta irrigation system, has been dry for almost a year (Pic: Jaideep Hardikar)

Over the last few years, A Dakshinamoorthy, who grows rice over three acres of the south Indian state of Tamil Nadu, has dug the tube-well on his farm deeper and deeper to tap the groundwater.

The water table, about 150 feet a few years ago, has receded below 300 feet today, he says.

“I may have to dig deeper if the situation persists,” the 50-year-old said late May, in the middle of one of the worst droughts in a century in this part. “There’s no water anywhere.”

We are in village Murukagudy in the heart of the Cauvery delta region, 40 kilometres from the temple town of Thanjavur and nearly 350 km south of Chennai, the state capital.

The water crisis, compounded by sweltering heat, threatens the region’s economic base.

Two months on, while western Rajasthan and Gujarat are reeling under floods and heavy rains in late July, farmers in the Cauvery delta are praying for a good monsoon this year.

Early signs have not been good in Tamil Nadu. Between 1 June and 27 July 27, the state received barely 72 mm rain, 31% below normal. Fears of an extended drought loom large.

Dakshinamoorthy is a typical small rice farmer, among the 85% of farmers in the state with less than 2 hectares of land.

In 2016, his crop failed. Debts are piling up. Keeping cattle is a gigantic task. There is no work on and off the farms. Drinking water scarcity is aggravating.

As his problems mount, Dakshinamoorthy is considering migrating out of the state, as many others have already done. 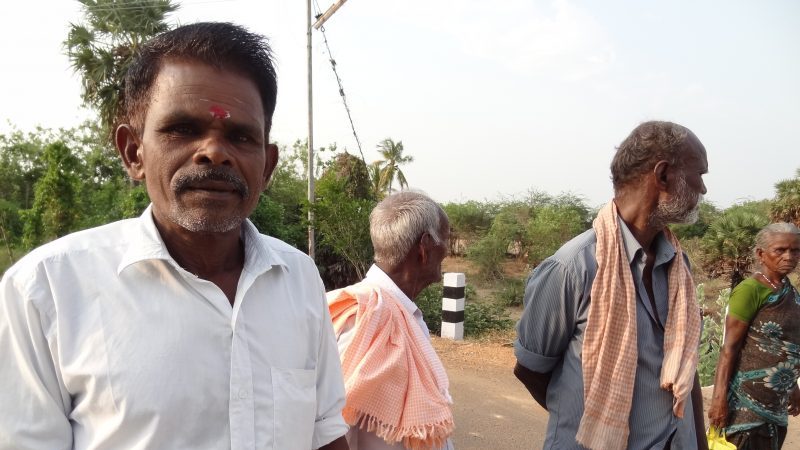 Some have been driven over the edge. More than 200 farmers in Tamil Nadu have either committed suicide or died of sudden heart attacks between last November and May this year, NGOs estimate based on collated media reports.

Each of those deaths is a poignant case. Take this, for instance: 100km from Dakshinamoorthy’s village is Anaikudy, a village along the Kollidam River, a tributary of Cauvery that has run dry.

There, five-acre farmer S Selvaraju took his life early May, steeped in debt and remorseful that his attempts to dig bore-wells to tap ground water bore no fruits. Selvaraju, his son Karthi says, told him two days before his death that the river falling silent does not bode well.

“The crisis goes beyond drought,” says S Ranganathan, octogenarian farmer and general secretary of the Cauvery Delta Farmers’ Welfare Association in Mannargudi town in Thiruvarur district. “The backbone of delta prosperity is under threat, and it’s scary.”

The Cauvery River and her many tributaries, umpteen canals and channels have run dry due to a number of anthropogenic and climatic factors, says V Deivasihamani, a retired engineer of the Tamil Nadu Public Works Department with over 40 years of experience in irrigation management in the delta region.

The Cauvery, he explains, splinters into five major tributaries and hundreds of canals and thousands of channels taking waters from their massive catchment to every field and village across the delta.

This network of surface water streams irrigates the fields and recharges the water table. “If the Cauvery stops flowing, as she now has, can you imagine the consequences?”

His fears stand vindicated in a recently published study. Led by development economist and former professor of the Madras Institute of Development Studies (MIDS) S Janakarajan, the study found nearly 20% of the cultivable land in the delta has turned into waste land in 40 years due to anthropogenic factors combined with climatic changes.

“The lands are being kept fallow due to paucity of water and adverse climatic condition,” Janakarajan noted in his study. While there has been an overall decline in the rainfall between 1974 and 2004, the study records an increase in the intensity of rain, often occurring in spurts, at the local level.

In 2016, the delta farmers could not cultivate even one crop due to rainfall failure and non-release of Tamil Nadu’s share of Cauvery waters by the neighbouring state of Karnataka where the river originates, owing to successive years of drought in the upper catchment, says Ranganathan.

Tamil Nadu receives 80% of its annual rainfall from the north-east monsoon between October and December. In 2016, not only did the usual south-west monsoon (July-October) fail, but the north-eastern rains also came a cropper. The total rainfall deficit was over 60%, according to the Indian Meteorological Department’s annual rain data. About 3.5 million hectares suffered from drought, according to the state agriculture department data. The rice production fell by half from its long term average.

The previous year (2015), the state produced about 8 million tons of rice out of a national total of 260 million tons.