As it happened: Trump says US will withdraw from Paris climate deal 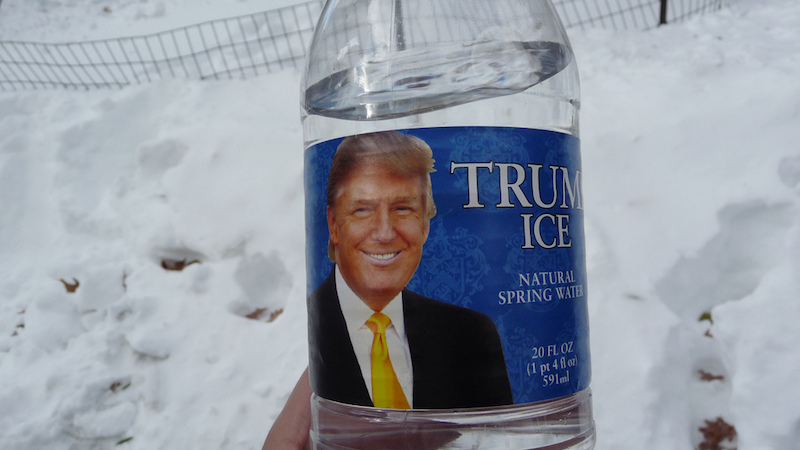 After more than six months of speculation, US president Donald Trump will today announce his decision on whether the US will leave the Paris climate agreement – a long standing campaign promise.

The address starts at 3pm ET/8pm BST. You can watch it below. Our team of Megan Darby and Zack Colman are in the US and will bring you quick analysis and reaction.

Trump has been heavily tipped to take the US out of the Paris accord. But the ways in which that could happen are many. The mercurial president could also flip his decision and stay within the accord.

Either way, the US has already left the fold of nations who are trying to solve this problem. Striking out alone, lead by a man who either doesn’t believe in or doesn’t care about the impacts of climate change on the global future.

Send your comments to [email protected] or @karlmathiesen.

“This is not the future we want for our children,” said French president Emmanuel Macron.

Statement on the US' withdrawal from the Paris climate agreements. #parisagreementhttps://t.co/T4XOjWZW0Q

President Trump made a hard decision today, but one that puts America first. https://t.co/uUYZcpWRxp

.@realdonaldtrump's withdrawal from #ParisAccord is an abdication of American leadership. Rejection of both science & economic opportunity.

Today's decision is disappointing & confusing for those that support US leadership. Our own commitment to #ParisAgreement will never waiver. pic.twitter.com/wvnr7upPqa

Today's decision is a setback for the environment and for the U.S.'s leadership position in the world. #ParisAgreement

The leaders of France, Germany and Italy have released a joint statement saying the Paris agreement cannot be renegotiated, Reuters has reported.

“We deem the momentum generated in Paris in December 2015 irreversible and we firmly believe that the Paris agreement cannot be renegotiated, since it is a vital instrument for our planet, societies and economies,” said Emmanuel Macron, Angela Merkel and Paolo Gentiloni.

Climate Home’s Megan Darby has this thoughtful first take on a befuddled and befuddling speech.

Donald Trump kept the climate world guessing for months about his stance on the Paris Agreement. Today’s self-contradictory speech raises as many questions as it answers.

Here is what we know: Trump intends to pull the US out of the Paris Agreement. There is a legal provision for doing so. Three years after the deal came into force, which was 4 November 2016, any party can give notice of their intention to quit. That takes effect a year later, on 4 November 2020. Not incidentally, that is one day after the next presidential election, teeing up the question of re-entry as a political football for the campaign.

During that period, the US can take part in the negotiations, as countries work to develop a rulebook for the Agreement. Trump made clear he plans to cease implementation of the deal, which he describes in the same sentence as “non-binding” and “draconian”. Go figure.

There was no mention of pulling out of the overarching UN climate convention, a quicker but more legally complicated way to leave.

Here comes the confusing part: Trump says that he will negotiate to re-enter the pact on more favourable terms to America or strike an entirely new deal. How can the US re-enter a deal it hasn’t left yet? The Paris Agreement took decades to thrash out. Why would the rest of the world re-open it now? What terms does he hope to improve? The US carbon-cutting and finance pledges were always voluntary.

Once again, Trump played to his base, promising to protect American jobs in coal, cement, iron and steel. In a hostage to fortune, he said *all* forms of American energy would be needed to achieve annual growth of 3-4%. It is doubtful whether watering down climate regulations can revive coal regions suffering from shale gas competition and automation. If Trump cannot deliver on his economic target, voters may well ask what this was all for.

The UN’s climate body has released a statement saying it regretted the decision and “notes the announced intention to renegotiate the modalities for the US participation in the agreement. In this regard, it stands ready to engage in dialogue with the United States government regarding the implications of this announcement”.

“The Paris Agreement remains a historic treaty signed by 194 and ratified by 147 counties. Therefore it cannot be renegotiated based on the request of a single Party.”

Zack Colman grabbed a couple of people’s thoughts on his way to and around Boston today.

Mike Hicks, from St. Mary’s County, Md., 43, contractor, retired marine, no kids, just traded in his truck for a hybrid because it gets better gas mileage. Colman interviewed him on a bus in Boston. He said he thought the problem was not for the government to solve.

“We weren’t taught the effect of the fossil fuels, the impact it has on the climate. Because I do believe the climate is changing due to us excessively using, whether it be transportation methods or throwing away things that can be recycled. Those are contributing factors. Asking the government to take care of it, well, it’s still going to come back on us to be doing it.”

“Over time, mankind has kind of evolved with change in the environment. I feel like we’re probably changing the environment quicker than we can evolve, so to speak. … I don’t think we as a people are changing enough. I think it’s going to get to a point where it’s too late.”

Matt (declined to give last name) from Boston, was on an airplane to Boston, 30. He is a government worker.

“It speaks a lot to stand with other countries. It must take a really strong opinion to step back from that kind of table. It’s not good for the environment. I don’t know exactly what the downside [to staying in Paris] is for the country, but somebody should be explaining that to me pretty soon, right?”

Germany’s environment minister Barbara Hendricks said she regretted Trump’s decision but that “climate action will continue and will not be stopped by this decision”.

“The damage this causes to multilateral cooperation is even more severe than the damage done to international climate action… By leaving, the US administration is throwing away a precious opportunity for forward-looking development in the United States. This decision harms the United States itself most of all,” said Hendricks.

Media Matters have released this important note: “During Trump’s June 1 speech, all four major networks interrupted their scheduled programming to take Trump’s speech live. The same networks devoted 0 total minutes to discussing the climate implications of a Trump presidency on their Sunday and evening newscasts during the campaign.”

It’s no wonder most US voters care relatively little about climate change.

Scott Pruitt, the man who has perhaps pushed Trump hardest to make this decision praises his unflinching fortitude in standing up for the US people. And then it’s over. More to come from us though as we try to work out what this renegotiation could look like.

Green Climate Fund is a system of global wealth redistribution, he says. “The Green Fund would likely obligate the US to commit potentially tens of billions of dollars… including funds raided out of America’s budget for the war against terrorism.” That’s the $500m appropriated by Barack Obama from the State Department budget in January. “Not good,” says Trump.

He says the accord blocks the development of clean coal in the US. Trump’s latest budget slashed funding for research into coal technology.

Trump appears to accept science of climate change by saying that the Paris accord will only shave 0.2C off global warming.

US will work with Democratic leaders to enter back into Paris on terms that are acceptable. Or negotiate a separate deal – presumably a special agreement for the US. Which is actually what the Paris accord is.

Trump says the US will leave the “non-binding Paris accord” effective immediately – applause and hooting from the crowd – but begin negotiations to renter the Paris accord on terms that are acceptable to the United States – silence.

“The bottom line is that the Paris accord is very unfair, at the highest level, to the United States.” Citing China’s ability to grow its emissions until 2030 and the shifting of climate finance to the poor world.

“With this action today Donald Trump is choosing to put American workers first.”

Trump is running late for the 3pm start.

Meanwhile the White House has released talking points to conservative groups and those wunderkinds at Politico have found it. It’s a greatest hits of complaints about the paucity of the deal for the US. All of which ignore the key fact that the deal was utterly voluntary.

One key line though, which is likely to be a fig leaf in Trump’s speech, is this: “The U.S. is ALREADY a Clean Energy and Oil & Gas Energy Leader; we can reduce our emissions and continue to produce American energy without the Paris Accord.”

Somehow I think this is unlikely to appease environmentalists.

WH talking points released to conservative groups ahead of Paris withdrawal via @politico "The Paris Accord is a BAD deal for Americans" pic.twitter.com/cFzO4Yn8BH

Climate Home’s Zack Colman has it from GOP senate environment and public works committee spokesman Mike Danylak that Trump has informed them that he will leave the accord. Live stream scheduled in two minutes.

Germany: Today Politico reported that Martin Schulz, who is challenging Angela Merkel for the chancellorship, vowed trade retaliation against Trump over. Merkel has also raised the prospect of degraded relations.

EU-China: Leaked documents, only in full on Climate Home, show a surprisingly vociferous bilateral statement from the world’s second and third largest economies. They will deepen their cooperation on the issue they said.

Meanwhile, president of the European Council Donald Tusk told Trump on Twitter that he would be changing “the (political) climate for the worse”.

CNN’s senior White House correspondent Jim Acosta hears Congress has been informed. We’ll try to confirm this, but all will be revealed very soon.

Hill source: WH has informed members of Congress that President Trump will pull out of Paris climate agreement.

The list of invitees to the Rose Garden announcement should give you an indication of the way this is going to go.

Politico reports that the list includes Thomas Pyle, president of the American Energy Alliance, will be there with staff. Competitive Enterprise Institute director Myron Ebell, who worked on Trump’s transition team on energy policy and is a long time enemy of the UN climate process will attend. See Climate Home’s interview with him in Paris. The Heritage Foundation founder Ed Feulner and other top dogs.

All three of these organisations has campaigned hard against Paris. Trump would be unlikely to invite them for anything but total victory.