As G7 leaders meet in Italy, can they reaffirm their commitment to action on climate change without driving the US out of the Paris accord? 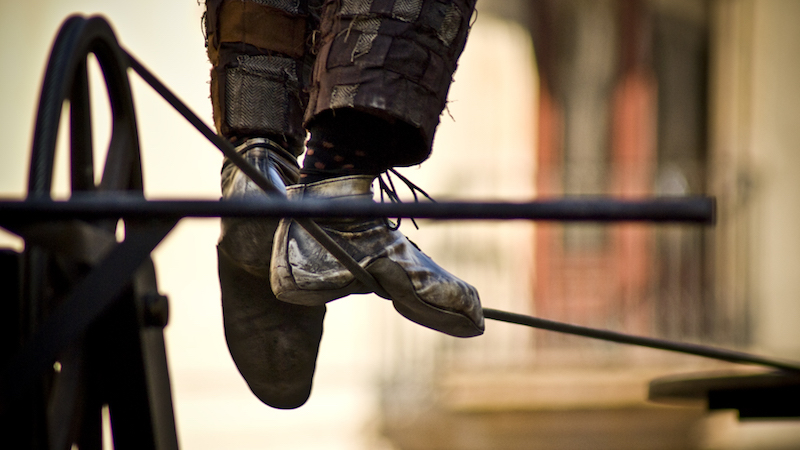 G7 leaders meeting in Sicily will strike a delicate balance between making a strong statement on climate and keeping Donald Trump's US onside (Photo: Wiros)

The leaders of the G7 countries face a dilemma at a summit beginning on Friday in Sicily: how hard they can push Donald Trump without pushing him right out of the Paris climate deal?

Trump has threatened to withdraw from the agreement, but is still making up his mind. Two weeks ago, the White House said he was deferring his decision until after meeting with G7 leaders.

In recent years, the G7 has produced strong proclamations on climate change and decarbonisation, including a 2015 pledge to end all fossil fuel use by the end of the century.

But with the threat of a US withdrawal from the Paris agreement hanging over discussions in Taormina, leaders of the other major advanced economies may hesitate to insist on the strong affirmations of climate action the body has issued in the past.

“It’s quite clear that governments are not going to go to war with Trump,” said Tom Burke, chairman of E3G. “You really wouldn’t want to run the risk of forcing him out of Paris… You wouldn’t want to put him in a situation where he could go back [to the US] saying you’re all ganging up on me, I’m leaving.”

Whether by design or not, Trump’s indecision is likely to significantly water down a section of the leaders’ communiqué devoted to climate and energy policy.

Climate Home was told by sources familiar with the negotiations that a text on climate change had barely been discussed by sherpas – the lead negotiators who hammer out language in advance.

This year, climate change was so politically fraught that the text would be discussed by the leaders on Friday, one source said. Sherpas will then work on the text overnight with the leaders to approve it on Saturday.

“I think we are now not expecting to read too much into the language of the final communiqué,” said Burke.

The communiqué agreed by all leaders last year began its climate change section with a strongly worded affirmation of the “historic achievement in Paris”. But last month, at the G7 energy ministers’ meeting, the US declined to associate itself with such a statement, citing an internal policy review.

A recent meeting of Arctic ministers saw the US and other nations take “note” of the Paris agreement. That would be insufficient, said David Waskow, director of the World Resources Institute’s climate programme.

“This would leave doubt and fail to give the clear political signal that support for global climate action remains strong even when faced with a reluctant Trump administration. Climate change is not something to take note of, it’s something to act on,” he said.

Other options are available to the leaders of nations who want to publicly back the Paris agreement, but allow Trump to prevaricate.

At the energy ministerial, the Italian chair issued a closing summary which made clear that the US had been unable to clarify its position, but that other ministers had “reaffirmed their commitment”.

However there remains the possibility that leaders could use the meeting, and their diplomatic heft, to try and convince Trump to commit to the accord at the meeting.

France’s president Emmanuel Macron met with Trump in Paris on Thursday. The French have a national stake in the legacy of the accord struck in that city. Macron has already spoken with Trump once about the accord on the phone and was expected to raise it again when they met face-to-face.

“What we have seen from Trump is he takes personally the one-on-one talks he has with other world leaders,” Waskow told Fox News. “That kind of persuasion can have some real effect if it is delivered in a very personal way.”

Trump attends the meeting accompanied by influential advocates for staying within the agreement: his daughter and son-in-law Ivanka Trump and Jared Kushner, who are both presidential advisors, and secretary-of-state Rex Tillerson.

The accord’s most ardent critics – US Environmental Protection Agency chief Scott Pruitt and special presidential advisor Steve Bannon – are back in the US.

Twenty-two Republican senators sided with Pruitt and Bannon on Thursday, citing fears that staying in the agreement while pursuing coal-friendly policies at home would open up the administration to “significant litigation risk”.

Meyer said the key outcome for other leaders would be to not “strengthen the hand” of Pruitt and Bannon, while making clear that the rest of the forum remain aligned on climate change.