The Indian coal plant getting paid $150m to sit idle

Consumers are footing the bill for Rattan India’s Amravati power station, a “shocking” example of a dysfunctional sector 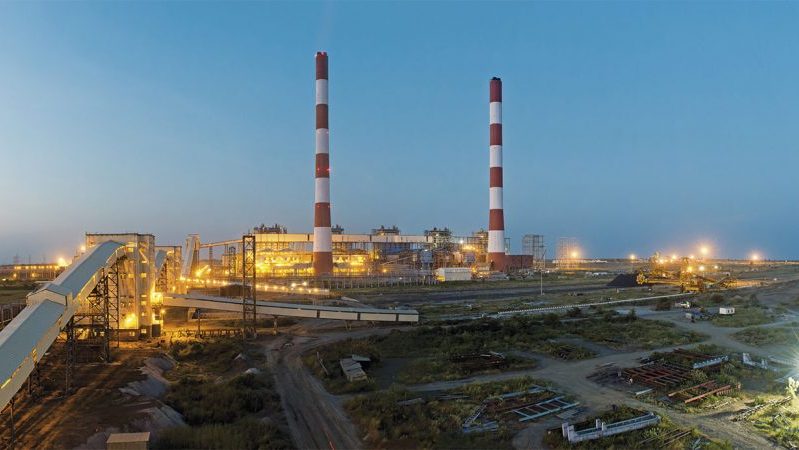 By Darryl D'Monte in Mumbai

An Indian coal-fired power plant is to be paid 983 crore rupees ($150 million) this financial year for generators that are sitting idle.

The Rattan India plant in Amravati, Maharashtra state was brought online between 2013 and 2015, as part of a coal power boom. Already, it is all but redundant.

It is one of the most expensive examples of excess capacity procurement that is inflating power prices and subsidising dirty energy across the country.

State-owned Mahadiscom, the world’s second largest electricity distribution company, is bearing the fixed cost of 1,200MW under its power purchase agreement (PPA) with Rattan India. The agreement rewards the developer for creating capacity regardless of how much electricity actually reaches consumers.

That contract is worth nearly $600m over the four years to 2020, yet Mahadiscom forecasts the capacity will be needed only a fraction of that time. It plans to completely “back down” the plant from April 2017 to March 2018, documents show.

The unit cost works out at a “shocking” $2.40 a kilowatt hour, almost 40 times the market rate, calculates AP Ganguly, a consultant with the Confederation of Real Estate Developers of India in Nagpur, the nearest big city.

“The [distribution company] doesn’t need power; there’s no demand for it,” he told Climate Home, adding that he had raised his concerns with the state electricity regulator.

Without the payments to idle generators, the state’s power tariff would be one-tenth cheaper and that much more affordable.

Ashwini Chitnis from the Pune-based energy analysts Prayas said: “What this indicates is that Mahadiscom has contracted more capacity than what it needs and with increasing open access and falling prices of renewables, demand [for coal power] is going to further reduce.

“Under such circumstances Mahadiscom should not enter into any new long term PPAs and should seriously start thinking about managing its surplus power better and selling it to [states with a power deficit].”

The picture in Maharashtra, India’s second largest industrial state, is replicated elsewhere, with many existing plants running at less than full capacity.

In July 2016, the average load factor of plants nationwide hit a historic low of 54%, meaning they were generating just over half the time. If investors were assuming an 85% rate, which the Central Electricity Authority (CEA) advises is normal, they are in for disappointment.

Despite this weak performance, more plants are in the pipeline. A Greenpeace report in October 2016 identified 65GW of coal power stations under construction and projects totalling 178 GW at various stages of obtaining permissions.

The report forecast that 94% of the capacity being built would not be needed in 2022, representing $49 billion of wasted investment.

Ajay Shankar, a former top official in the power ministry, said there was a “gigantic stranded asset problem, with promoters and their lenders in deep trouble”.

One solution, he suggested, was for the government to boost demand by stepping up its rural electrification scheme, which is now restricted to families below the poverty line. Half the households in Uttar Pradesh and Bihar states cannot afford to pay for power. This could be financed from the Clean Energy Fund, which has raised $8.5 billion since 2010 from a levy on coal.

Switching to electricity would reduce the emissions of black carbon from the use of kerosene lamps, which along with smoky cook stoves are a major source of air pollution in all of south Asia, contributing to what is known as the “Asian brown cloud”.

Climate advocates prefer to highlight the opportunity for India to steer away from burning coal, one of the biggest drivers of global warming.

Under its contribution to the Paris Agreement, India has committed to generating at least 40% of its power from non-fossil fuel sources by 2030. Plans to ramp up coal generation are incompatible with that target, a recent report from the University of California and NGO Coal Swarm stressed.

Steven Davis, study co-author from the University of California, Irvine, said: “India is facing a dilemma of its own making. Its proposed coal plants will almost single-handedly jeopardize the internationally agreed-upon climate target of avoiding more than 1.5C of mean global warming.

“We’ve done calculations to figure out that India’s Paris pledges might be met if it built these plants and only ran them 40% of the time, but that’d be a colossal waste of money, and once built, there’d be huge incentives to run the plants more despite the nation’s contrary climate goals.”

The story of Rattan India, developer of the Amravati plant, is typical of the sector. An offshoot of India Bulls real estate developers, it is one of several private companies to enter the power business on a wave of expansion. A decade ago, India began to add 10GW of thermal power capacity a year, which then doubled as the economy took off.

In November 2015, a CEA status report showed construction was on hold for a second phase of development in Amravati, which would double the plant’s capacity.

Shortly after Rajiv Rattan, chairman of Rattan India, told Business Today magazine: “I don’t want to build plants if I am bombarded with all these problems.

“I can easily scale up my second phase of the Amravati plant, but I am not in a hurry to do it. I need a good PPA, and insulation from imported coal prices along with clarity on availability of coal. I have all the clearances for water, environment etc. But I need more visibility of regulated returns before I build the second phase.”

Another obstacle not mentioned by Rattan is local opposition.

Sanjay Kolhe, an activist from the Kisan Ekta Manch (Farmers’ Unity Front), told Climate Home that villagers had been protesting since 2010 against the two large pipelines the company was constructing to carry water to the plant and succeeded in getting one cancelled.

“We didn’t want it to take water used for irrigating crops to produce electricity,” he said. “It needed 240 million litres a day for its full capacity of 2,700MW. Because it only receives half that amount, it has cancelled its second phase.”

Rattan could not be reached for comment, but his company’s more recent investments tell their own story. Rattan India last year announced that instead of building a coal-fired plant in Punjab state, it would cover the 800-acre site in solar panels.