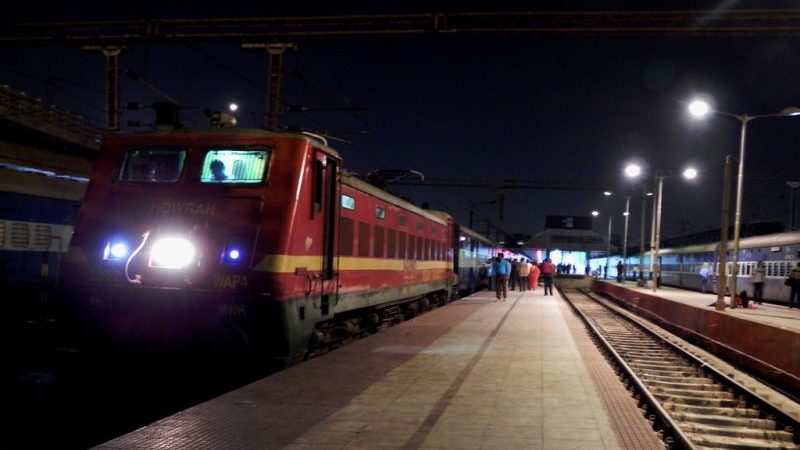 By Manipadma Jena in Visakhapatnam

The pounding of trains running through the night does not disturb the fatigued sleep of the homeless migrants huddled at the foot of the sky bridge at Visakhapatnam railway platform.

“It is the dark corners that frighten us, near the water taps and where we take a child to relieve himself,” says Usha Saimala, who has arrived with other families from Kannayapally village in neighbouring Telengana State to work the brick kilns of Andhra Pradesh.

In the shadows drug users, thieves and even human traffickers may lurk, Saimala explains. For her – and the hordes of passengers passing through – lights bring a sense of security. 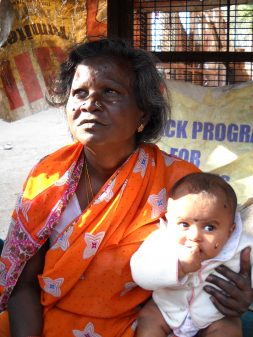 Solar lighting is on its way to this station, one of the busiest on India’s east coast with 33 million passengers passing through in the last 3 years. From August, a 1 megawatt (MW) solar roof-top will power LEDs for the platforms, two locomotive sheds, a hospital, offices and small shops.

This pioneering project is expected to save the station $31,000 a year compared to grid electricity, while preventing greenhouse gas emissions.

It is part of a government push to green the country’s vast railway network, installing 1,000MW of solar and getting at least 10% of its energy from renewable sources by 2020.

“We want Indian Railways to become a green engine of growth,” said federal railway minister Suresh Prabhu at an event in Delhi last month. “Indian Railways being a significant consumer of energy, identifying a cost-effective energy system with least environmental impact is essential.”

Decarbonising the railways supports India’s pledge under the Paris climate deal to reduce emissions intensity 35% by 2030.

The solar generation potential is enormous, with the rooftops of 8,500 stations, 125 hospitals, 600,000 residential quarters, schools to cover, plus 44,000 hectares of vacant land and the verges along 66,690 km of track.

Yet the solar rollout, launched in 2015, is off to a slow start. As of March, only 16MW of solar capacity had been installed, with developers citing policy and regulatory hurdles.

Visakhapatnam is one of the 300 railway stations where work has begun, out of 7,000 that Indian Railways has targeted for solar panels.

The tendering process is time-consuming. At Visakhapatnam, it began in December 2015 and took nearly a year to get approval.

A 2017 study by the Delhi-based Council on Energy, Environment and Water (CEEW) examined the challenges that developers face.

“It was expected that the 1 GW target would serve as a signal for financiers and solar developers to come forward and participate actively in bidding for tenders floated by the Railways for installation of solar projects. While the initial response was overwhelming, there have been concerns raised on various issues ranging from technical and financial to policy aspects,’ said the study.

While solar bids are becoming increasingly competitive and financial incentives have been rendered comparatively less significant, risk-averse developers still prefer some form of government subsidy. They are uncertain whether the current trends in solar prices are here to stay or are a temporary phenomenon.

Another road block is regulations in all but six states that prohibit Indian Railways from importing power across state borders, even when it would be cheaper and cleaner to do so.

Then there are stringent performance standards. Indian Railways calls for panels to generate on average at 16% of capacity, while most developers will only guarantee 12-14%. A mismatch can result in power shortages at the ever-bustling rail hubs, according to Aditya Ramji, the lead researcher of the CEEW study.

This is not helped by maintenance issues that may not become apparent until after installation. For instance, a dusty site will reduce output unless countered by extra washing in summer. Providing geo-coordinates in the tendering document will help to plan for these extra costs, says a UNDP document listing rooftop solar’s challenges and potential.

Of the 7,000 stations targeted for solar panels, 90% are smaller rural stations where grid-connected solar may not be viable, said Ramji. Here, solar micro-grids could be a game changer, he suggested, with any excess power sold to nearby houses or small businesses.

Despite the obstacles, Ramji said Indian Railways’ guaranteed and growing electricity demand made it an attractive customer for developers: “The momentum has been created and market signal is positive.”