As the US president announces a $54bn increase in defence spending, environmental agencies and UN climate funds face the axe 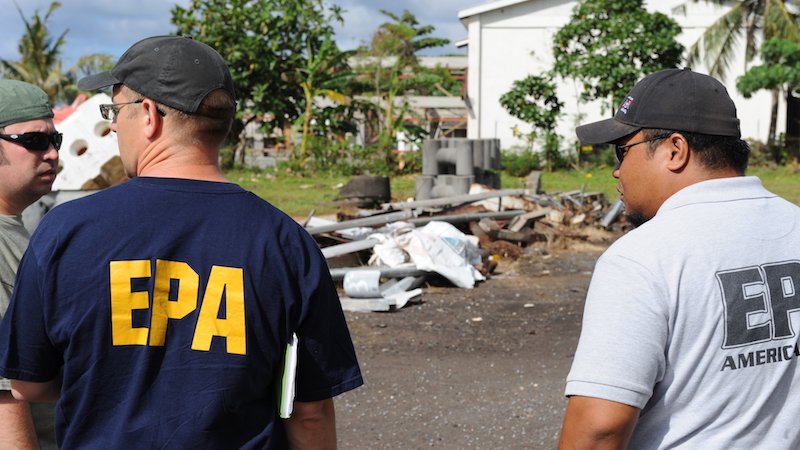 US president Donald Trump will propose a $54 billion increase in defence spending, to be funded through cuts to government agencies, his administration announced on Monday.

It is the first indication of the scale of the president’s ambition to starve the apparatus of government and environmental protections face deep cuts, according to environment groups.

“We are going to do more with less and make the government lean and accountable to the people,” Trump said on Monday morning at the White House.

The defence spending boost is part of a proposed budget plan due to be released this week. It is not known how much detail that plan will contain regarding where the cuts will fall.

An administration statement singled out the State Department’s $50bn foreign aid budget, which was used late in Obama’s presidency to send $500m to the UN’s Green Climate Fund (GCF), as a target for cuts.

The US has given $1bn to the GCF, but remains $2bn short of a pledge it made in the lead up to the Paris climate conference in 2015. The money was crucial in convincing developing countries to sign an agreement many of them saw as favourable to US interests.

US Republicans have repeatedly attacked the fund, which is to be used to help poor countries cope with climate change and transform their energy systems.

Although the White House has released few details beyond the top line defence spending figure, Alden Meyer, director of strategy and policy at the Union of Concerned Scientists, said it was a “reasonable long-term assumption” that Trump’s administration would not release any more money to the GCF.

Jake Schmidt, director of the Natural Resources Defense Council’s (NRDC) international programme, said: “We’ve been working under the assumption that the Environmental Protection Agency (EPA) will be under a huge bullseye and anything under the State Department marked climate change will be under a bullseye.”

During the Republican primary campaign, Trump promised to strip the EPA.

Like all budget measures, the cuts will have to pass through Congress and may face challenges and amendments. Many environmental programmes disburse money to states, making neutering them “very unpopular” among members of Congress, said Meyer.

The $8.2bn EPA budget is used to fight climate change and protects air and water quality, safeguards against dangerous chemicals and is used to clean up after industrial activity and mining.

The EPA is bound by federal law to fulfil some of these roles. Meyer said these requirements may provide a legal angle for environment groups, such as the NRDC, to resist deep cuts if they compromised the EPA’s ability to perform its role.

“I assume they are sharpening their pencils and getting ready to take action when those boundaries are crossed,” he said.

Schmidt said the NRDC was “keeping all options on the table”. He added that the EPA’s enforcement budget, which tackles companies that breach environmental regulations, was expected to be slashed meaning environment groups may need to perform the role by taking law-breakers to court themselves.