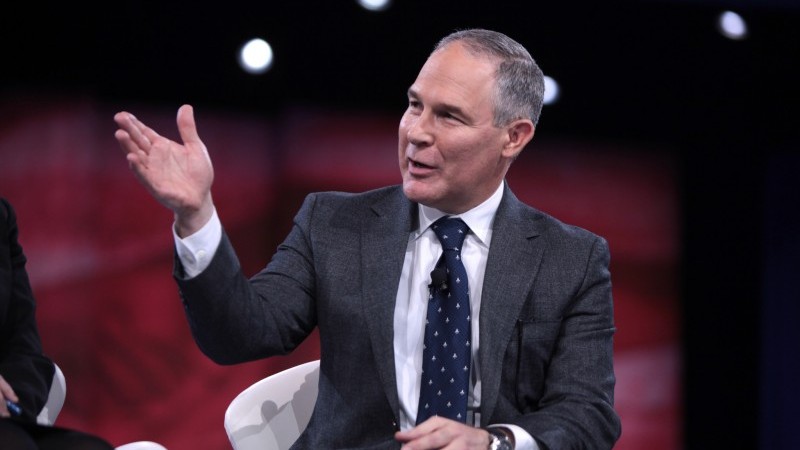 Donald Trump has reportedly nominated an attorney general who has sued and reviled the Environmental Protection Agency (EPA) to be the body’s new chief.

In February, Trump – then leading the Republican primaries – said of the EPA: “We’re going to have little tidbits left but we’re going to get most of it out.”

With his choice of Oklahoma attorney general Scott Pruitt to head the agency, he appears to be making good on another campaign pledge.

Pruitt has been a leader in a coalition of attorneys general that has sued the EPA over its Clean Power Plan, which aims to cut pollution from power plants.

Like his new boss, Pruitt has cast doubt over the science of climate change. In an op-ed in the National Review in May he wrote: “That debate is far from settled. Scientists continue to disagree about the degree and extent of global warming and its connection to the actions of mankind.”

The controversial choice will need to be confirmed by the senate. While the Republican majority might welcome the ideologue, his connections to the fossil fuel industry will give detractors a strong case.

In 2014, the New York Times found Pruitt had been sending letters to the EPA accusing them of overestimating air pollution figures. They had been written by fossil fuel industry donors and copied onto his own stationary.

Climate alarmists do not get to dictate the terms of the debate. They’ll be held accountable for their frauds… https://t.co/6eQF4yk40H

In June, he signed a letter with 12 other state attorneys general addressed to their other state colleagues around the nation. They complained that lawsuits being brought around the country against fossil fuel companies for misleading investors were spurious and “not a matter for the courts”.

In the letter, they argued that by the same logic those who “exaggerated” climate risk could be sued for fraud. Pruitt called those people “climate alarmists”.

Green groups reacted with bitter hostility calling Pruitt “an arsonist in charge of fighting fires” (Sierra Club) and “destined for the environmental hall of shame” (NRDC).

350.org executive director May Boeve said: “You couldn’t pick a better fossil fuel industry puppet. Pruitt formed a secret alliance with oil and coal companies to gut our environmental regulations and has defended ExxonMobil’s climate cover-up. This is a man who cares more about the profits of coal company CEOs than the health of our children or the future of our planet.”

Scott Pruitt is a dangerous and unqualified choice for #EPA pic.twitter.com/Xf2JtyQXEq