EU and China can outflank Trump on climate change

The time is ripe for Brussels and Beijing to step up their relationship as US climate diplomacy dwindles, write Maeve McLynn and Li Shuo 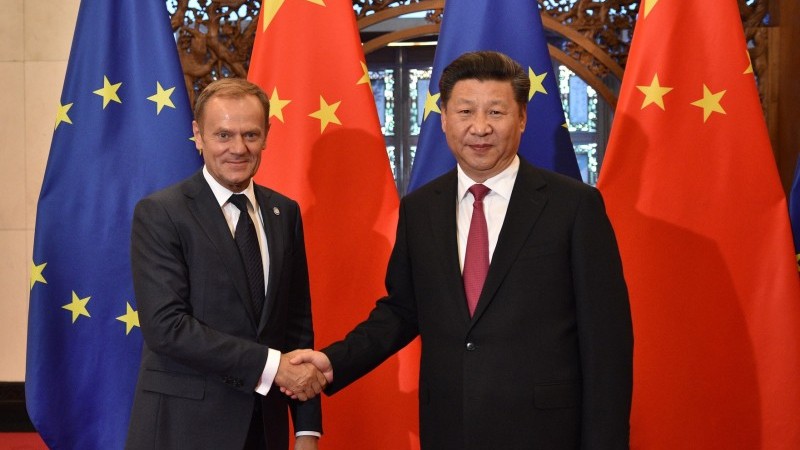 By Maeve McLynn and Li Shuo

Foreign affairs ministers of the world’s 20 largest economies will gather this week in Bonn to kick start this year’s G20 programme under the German presidency.

These include newly-appointed US secretary of state Rex Tillerson, making his debut appearance in the international arena. His presence is likely to cast a shadow on international diplomacy and cooperation on climate change, giving the EU and China an opportunity to step up their game together.

A united front on climate change could see Brussels and Beijing forging ahead and fill in part the political vacuum left by the Donald Trump administration. Top EU and Chinese diplomats should seize the Bonn meeting as the first of many moments to join forces.

The German presidency has provided fertile ground to catalyse the chemistry. Among its busy G20 agenda, Berlin has gone the extra mile to place climate change among its priorities.

The upcoming foreign affairs ministers’ meeting is due to highlight the cross-cutting nature of climate change and discuss the diplomatic and security threats it poses.

Meanwhile, other important issues, such as implementing the Paris Agreement, will be dealt with in earnest under parallel tracks.

Under the right conditions, the German plan could be an effective follow-up to last year’s G20 summit, which saw the US and China jointly ratify the Paris Agreement. This move stimulated ratification of the Agreement all over the world, including by the European Union, and brought the historical agreement into force at an unprecedented speed.

As the US appetite for climate action dwindles, this year’s G20 is unlikely to deliver the same kind of boost to international climate cooperation without reinvigorated leadership.

Less than a month ago, at the World Economic Forum in Davos, President Xi Jinping of China voiced his unequivocal commitment to the Paris Agreement. Meanwhile, in a bold move just days before the US presidential inauguration, Xi’s climate ambassador Xie Zhenhua also pledged Chinese leadership and welcomed collaboration with other countries.

Beijing sees the diplomatic, economic, and environmental opportunities presented by climate action. US inaction will not deter China’s domestically driven climate resolve, but will make it more open to work with others and accelerate the pace of change.

While China is sending its climate messages to the world loud and clear, EU leaders Jean-Claude Juncker and Donald Tusk have remained notably silent on the subject. Little has been mentioned by Junker and Tusk about the EU’s dedication to achieve the long-term goals of the Paris Agreement.

Instead, they have left it to the usual climate and energy suspects – European Commission vice president Maros Sefcovic and commissioner for climate action Miguel Arias Canete – to be vocal about the importance of the international climate regime.

The EU’s leaders approach of relegating climate change to a secondary agenda item needs to change. Not only will it put Brussels at risk of losing the opportunity to establish a new climate alliance to counter the US, it may also slow down broader international momentum for climate action.

The current cooperation between the two blocs on carbon markets and trading can produce incremental benefits, but that alone will fall miserably short of meeting the daunting challenge to fill the gap left by the US.

Instead, the two Parties should go further to spearhead joint action and collaboration for longer term decarbonisation of our societies. A stronger political alliance can promote and support the equitable transition of European and Chinese regions, bringing multiple societal benefits as they phase fossil fuels out of their economies. Major benefits could also be reaped from sharing lessons learned on monitoring and reporting their respective climate mitigation efforts.

Lastly, China and the EU can work together to integrate the goals of the Paris Agreement into their respective financial institutions, which will be key to bringing about a more efficient and effective energy transition.

The time is ripe for a closer EU-China partnership on climate action, but realising the untapped potential of a stronger alliance relies on more buy-in from the EU’s political heavyweights. Now that China has set out its intentions to lead on climate action, the EU needs to step up to the plate and fill the void left open by the US administration.