Sugarcane has brought wealth to the world’s last absolute monarchy, but climate change spells an uncertain future for this thirsty crop 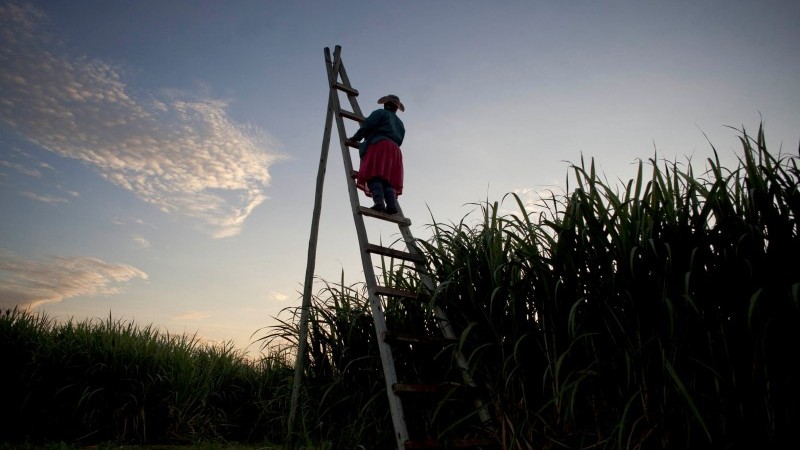 By Sipho Kings in Sikuvile

“We prayed. What else could we do?” Thulani Simelane smiles at this statement. He looks away and pauses: “Last year was hard.”

A tall man, Simelane works the electric pump which supplies irrigated water to Sikuvile, a smallholder farming community in the north-eastern corner of the world’s last absolute monarchy.

Last year was the third year of drought running in southern Africa, and the worst for Swaziland. In a good year, Simelane can run the pump all day for six days a week. But water levels in the Maguga Dam, upstream from the farm, dropped to 20%. Six days became three, and then only for 18 hours a day.

That was a problem for the community’s main crop, sugarcane, a lucrative but thirsty plant that accounts for 18% of Swaziland’s GDP.

The community started discussing which fields they would stop irrigating and leave to die. With scientists forecasting the country’s river flows will drop 40% this century, thanks to climate change, Sikuvile has more tough choices ahead.

This time round, the rain eventually came. Prolific rain. Hendrik Khoza’s makeshift chicken coop – three brick walls and a zinc roof – caved in. Now the cushion for his family’s food security comes from the plants around his home.

Like the yards of the 43 neighbours who share Sikuvile’s 100 hectares, Khoza’s is packed with cassava, mango, wheat, banana and sweet potato. “The drought here was so bad. But we prayed and by the grace of God now we have rain.”

The wiry man brings a set of formal chairs from inside his unplastered brick home and puts them under the single large tree in his yard. He sits on a black plastic water container. “The soil here is very, very, good but the rain is a problem. More of a problem these days.”

It is affecting rainfall patterns, putting a strain on communities like Sikuvile, which has thrived on small-scale sugar growing for the past 15 years.

Works starts at 5am on Sikuvile. At 360m above sea level, Swaziland’s subtropical lowveld reaches temperatures of over 40C during the day. Combined with 80% humidity, the conditions blanket everyone in a sticky layer of sweat, making labour nigh on impossible.

At dawn, though, the temperature is a bearable 23C. Groups of workers, guided by light from the purple stabs of sunlight streaking across the sky, start moving across the farm. Once 44 individual plots – where so little food was produced that the World Food Programme was ever-present – the farm is now one business unit. Resources are pooled to buy things like the bright yellow waterproof macs and armored face masks that workers wear.

Julia Msebena climbs to the top of a 3m-tall ladder to check a team’s progress. She shouts a name and gets a faint response from inside the cane. From this vantage point she can see the spigots as they rhythmically spit water across the thirsty fields. A layer of moisture slides down down the individual reeds of each cane plant.

Having received a response, Msebena climbs back down the ladder, scraping mud off her black boots on the bottom step. “Life here is good. We have money where others struggle.” 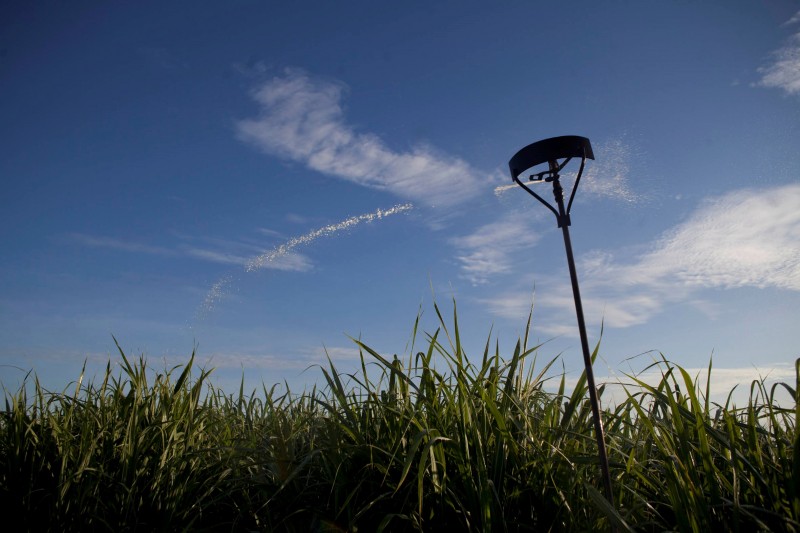 Similar scenes may be seen for 400km along the Inkomati river, which flows into the Indian Ocean above Mozambique’s capital Maputo.

The sugar industry is a relative newcomer to Swaziland, arriving with the Colonial Development Corporation in 1958, when the country was still a British protectorate. Subsistence farmers were forced off their land to create vast plantations and mills. An aqueduct built above Sikuvile diverted half of the water flowing down the Inkomati into the sector.

Since the late 1990s, that extractive model has slowed down, with more control returned to the people. The Maguga Dam was completed in 2001 and water rights allocated to downstream communities for irrigation.

Tariff and quota-free access for Swazi sugar to the European common market – a measure introduced to help countries in need of development – made sugarcane the first choice for Sikuvile when it came to deciding what to do with that water. Even with last year’s drought hitting production, the accounts show each family earned 50,000 Lilangeni last year (US$3,800).

It means farmers can afford to hire a tractor. Behind her rondavel, Sarah Dlamini follows a green John Deere up and down her previously fallow field. The circular jaws of its plough have churned up sweet potato, and some big, disgruntled, ants. Her hands sift through the dark red, almost black, soil to grab the potato for tonight’s dinner. “Our family has always farmed here. You can grow anything,” she says. 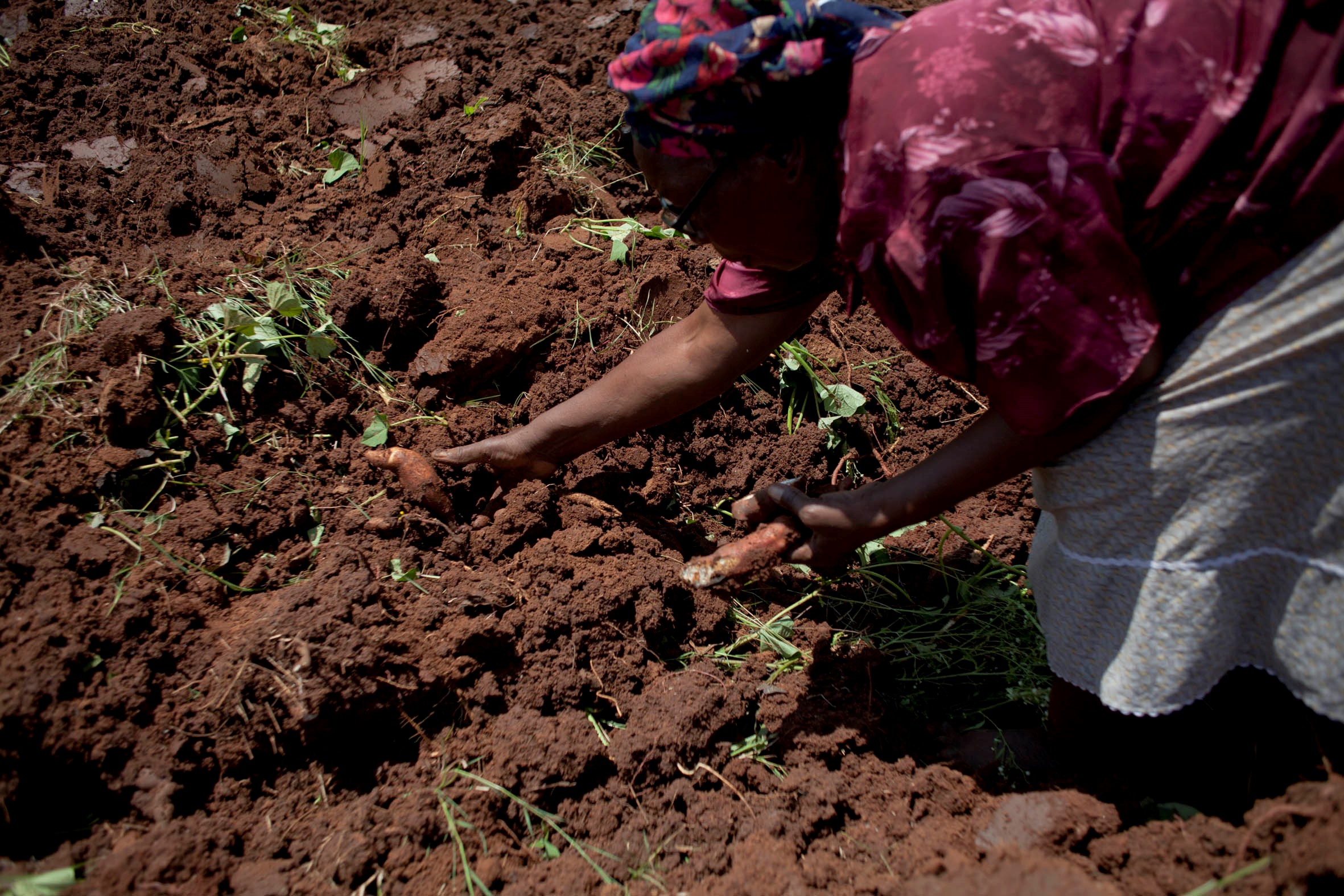 Swaziland earns L1.5 billion a year ($110m) from sugar, according to the Swaziland Sugar Association. Its “Swazi gold” supports three mills and 449 sugarcane farms, of which 410 are run by associations like Sikuvile.

Policy shifts bring threats and opportunities for the cash crop. The EU, buyer of half the country’s sugar, is bringing in reforms in September that will hit incomes. A proposed sugar tax in neighbouring South Africa could also dent demand for the sweet stuff.

On the upside, rules for blending bioethanol into transport fuel could create a whole new market – as happened in Brazil.

Mike Ogg, an industry consultant living 10km away in the dilapidated colonial-era sugar town of Tshaneni, suggests Swaziland can also trade on the environmental and social benefits of community models like Sikuvile.

“It costs $12,000 to develop a hectare of sugarcane so you need a good business plan to attract investment. Something nobody else has,” he says. Corporate buyers of sugar like Coca Cola and Nestle are under increasing pressure to get sugar that is ethically produced. Removing his glasses to wipe away the sweat accumulated on their thin frame, Ogg says farms such as Sikuvile can give this. “Look, Swaziland has a good story to tell when it comes to sugar. Sikuvile has a good story to tell. It’s a good brand.”

In the longer term, though, the challenge is to adapt to the impact of greenhouse gases Swaziland has little responsibility for generating – 0.002% of global emissions.

Simelane, the water engineer at Sikuvile, says people are already talking about how good cane will be as an investment. “We saw now what shortages can do to the crop and they say it will only get worse. Can we still grow when there is so little water, especially when you need the food crops?” Other community members echo the sentiment, saying their children will have to diversify into mango and maize.

For now, sugar is bringing wealth and control to hungry communities in Swaziland’s lowveld. As the country heats up, the sight of sprinklers spitting water across fields of towering green sugarcane could become a thing of the past.

This article was produced with the Mail & Guardian, using funding from the Climate and Development Knowledge Network (CDKN), as part of a series on climate change in southern Africa