Ireland: no longer the emerald isle? 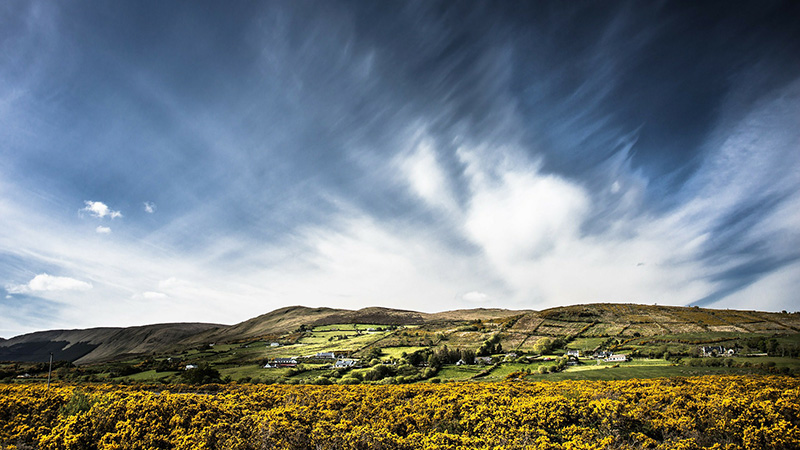 Ireland is facing a classic conflict, pitching economic growth targets against the need for action on climate change.

On one hand, Ireland’s planners want to see significant growth in its food and agriculture industry – a sector that is one of the main pillars of the country’s economy, accounting for about 8% of gross domestic product.

On the other hand, the country − along with other members of the European Union (EU) − is committed to lowering greenhouse gas (GHG) emissions by “at least” 40% below 1990 levels by 2030.

The dilemma is that about a third of Ireland’s total emissions already come from agriculture and food production − from methane produced by the flatulence of the country’s seven million cattle, and from the widespread use of nitrogen-based fertilisers on its abundant grasslands.

The publication of a new report, produced jointly by Ireland’s Institute of International and European Affairs (IIEA) and the Royal Dublin Society (RDS) highlights the clash between government economic goals and EU binding targets for bringing down GHG emissions.

“Ruminant-based agriculture is of crucial importance to the Irish economy, and Ireland’s land use pattern is exceptional by EU comparison,” the report says.

“Plans for the continued expansion of food output, focused in particular on the dairy sector, and increasingly stringent emissions reductions suggest a growing contradiction between Ireland’s climate and agriculture policy objectives.”

The report recommends that farmers become more “climate smart”. Large-scale investments need to be made in new technology and science in order to promote more carbon-efficient dairy and beef production systems. And the agricultural sector should also encourage more recycling and renewable energy use.

The rate of afforestation should also be speeded up. About 11% of Ireland’s land is currently forested, compared to an EU average of more than 40%.

Under the government’s Food Wise 2025 programme, a near doubling of food and agricultural exports is envisaged over the next nine years.

One of the central aims of the plan is a big expansion of Ireland’s dairy and beef herds − and, in so doing, the creation of thousands of jobs in often disadvantaged rural areas. At present, Ireland’s agriculture and food sector accounts for 11% of exports and nearly 9% of employment.

But GHG emissions from the sector are proportionately larger than those of any other EU state − and methane is a considerably more powerful GHG than carbon dioxide, even though it stays in the atmosphere for a comparatively far shorter period.

The IIEA/RDS report says agricultural emissions are increasing, and warns that if Ireland does not take steps to meet GHG reduction targets it will have to pay millions of euros in fines to the EU.

Farming organisations, which have considerable influence in Ireland, have objected to the report and have successfully lobbied politicians both at home and in Brussels for reduced emissions targets.

The move has been strongly criticised by environmental organisations. They say the new measures provide too many loopholes for polluters, while Green parties in the European Parliament accuse the Commission of behaving “as if the COP21 Paris climate summit never happened”.

In Ireland, environmental organisations say there must be a complete reversal of government policy if agriculture is to become sustainable, with a shift away from livestock and from the consumption of red meat and dairy products.

The IIEA/RDS study says other countries are facing similar problems to Ireland’s. “Over the coming decades, emissions from agriculture and land use will increasingly become centre stage as other sectors of the global economy are decarbonised,” it says.

“A key conclusion of this analysis is that Ireland can consider itself a test case for dealing with these issues.”