Cows, rice and soil are key to farming emissions cuts 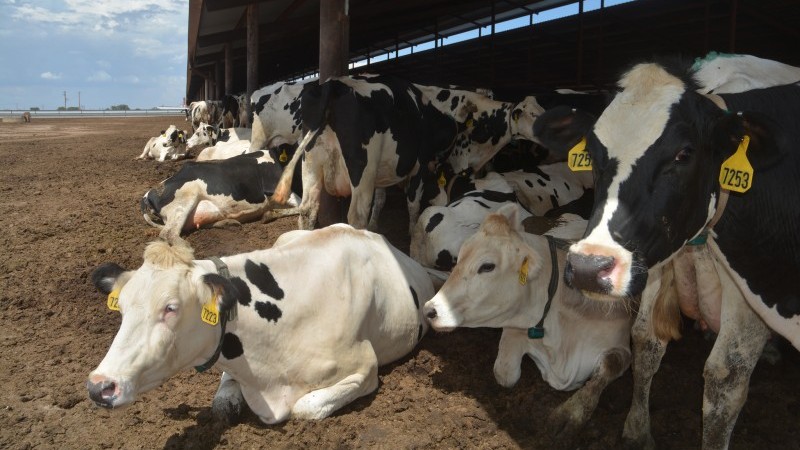 Our food system is not ready to meet the 2C global warming limit agreed by governments.

According to research out this week, agriculture alone should be reducing non-CO2 emissions one gigatonne a year by 2030 in order to meet the newly signed Paris Agreement.

Further analysis shows that that current agronomic and policy interventions compatible with food production would achieve only 21 to 40% of the needed mitigation to meet agriculture’s share of the target agreed in Paris.

Agriculture contributes between 10-12% of global emissions, and has too much mitigation potential to be ignored. 119 countries have pledged to include reducing agricultural emissions in their action plans, submitted ahead of the Paris conference earlier this year. The will is there – but do countries have a way?

There are many promising solutions in the pipeline that will not only reduce emissions, but also ensure enough food is grown to feed a hungry world. But they require major investment to bring them to scale globally. Here are just some of the possibilities.

Livestock accounts for up to half of emissions in agriculture. Notably, cows produce methane from digesting grass.

This can be reduced with new breeds of cattle that produce less methane, and recently developed food additives that reduce dairy cow emissions by 30% without affecting milk yields.

Improving livestock feed and feeding practices, allows livestock production to be intensified on a smaller area. Effective manure management, and the cultivation of grasses that accumulate carbon in soils can reduce emissions by at least 10%.

Preliminary data from the LivestockPlus project (a project conducted in Colombia and Costa Rica by the CGIAR Research Program on Climate Change, Agriculture and Food Security) suggests that cultivating grasses such as Brachiaria, which supresses the biological process that turns fertilizer into nitrous oxide, can reduce the emissions of this greenhouse gas to more than 60% in urine patches, which are considered “emission hotspots”.

Alternate wetting and drying (AWD) is a management practice in irrigated lowland rice that saves water and reduces greenhouse gas emissions while maintaining yields. It entails farmers monitoring water levels above and below the soil surface and only irrigating when they fall below certain point.

Combining AWD with genetically modified crops to use nitrogen more efficiently, management of organic inputs and rice variety selection can further reduce greenhouse gas emissions, which is referred to as AWD+.

Since farmers save money on irrigation costs, AWD+ is becoming the standard conventional practice in some places. The International Rice Research Institute has mapped where in the Philippines and Vietnam this mitigation practice is most suitable, and maps for other countries are in process.

While this study focuses on non-CO2 emissions from agriculture, we know there is much that can be done to also sequester carbon. The question now under intense research is how much.

An initiative proposed by the French government at the Paris climate conference aims to increase soil carbon by 0.4% a year, which is estimated to be enough to offset atmospheric carbon emissions.

Because of the high levels of uncertainty and the ease which sequestration gains can be reversed (by ploughing the land or deforestation, for example), it is important to stay focused on reducing emissions from agriculture as well.

Farmers, and other actors throughout the food chain, need to be incentivised to reduce emissions.

Subsidies and innovative ways of valuing emissions, such as green bonds or auctions of the future value of greenhouse gas reductions, could play an important role.

Incentives for governments and the private sector to meet sustainability standards that include mitigation could also make a big difference.

Without proper financing, farmers simply won’t be able to adopt locally appropriate mitigation tools. Support from the Green Climate Fund to help the agriculture sector monitor, report and verify emissions reductions is going to be critical.

If we are to meet the 2C climate target, we must seize the opportunity that mitigation in agriculture presents. Developing a globally recognised target for emission reductions in the sector is the first step to guide countries towards a more sustainable future for our food systems, and our planet as a whole.