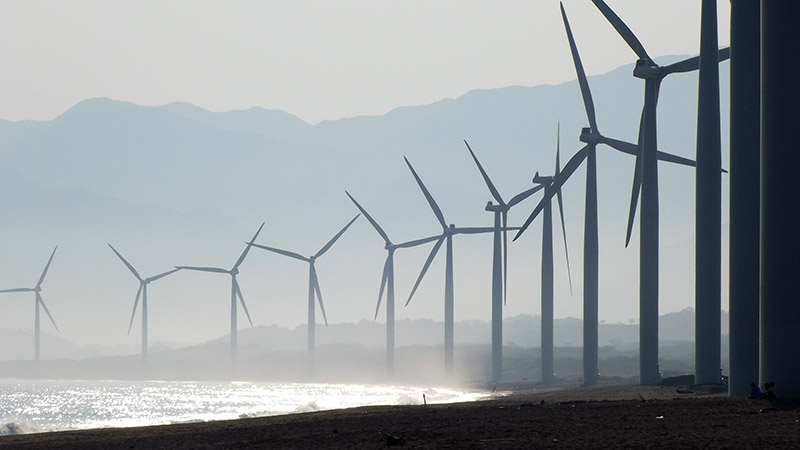 Bangui Wind Farm in the Philippines is one of the first major windfarms in South East Asia (Pic; Pixabay)

It was branded “stupid” by the president and criticised by the energy chief, but the Philippines government says it will now ratify the Paris climate deal.

Pressure from the outgoing US administration and France appears to have paid dividends. French senator Gerard Miquel met Manila’s top diplomat on Monday and extracted a promise to sign up the same day.

“We met with the secretary of Foreign Affairs, who very much assured us of the willingness of the Philippine government to ratify the agreement by July,” Miquel said.

Aquilino Pimentel, president of the Philippines senate, confirmed to reporters that they were now aiming to complete their work on ratification by the middle of 2017.

The news marks a significant shift for president Rodrigo Duterte, who had given the US ambassador a verbal hosing in mid-2016 for suggesting his country was a climate laggard.

“You are trying to stifle us,” Duterte said last July. “That’s stupid, I will not honour that. You signed… That was not my signature.”

Government officials subsequently said he was taken out of context and was pushing donor countries to clarify what financial support they would offer.

The country was one of 47 of the world’s poorest to make a joint clean energy pledge last November, but official data shows 29 coal power plants in various levels of planning and construction.

The Philippines is deeply vulnerable to climate impacts, with low-lying coastal regions at risk from storm surges and rising sea levels. In 2013, Typhoon Haiyan left 6,000 dead and many more homeless.