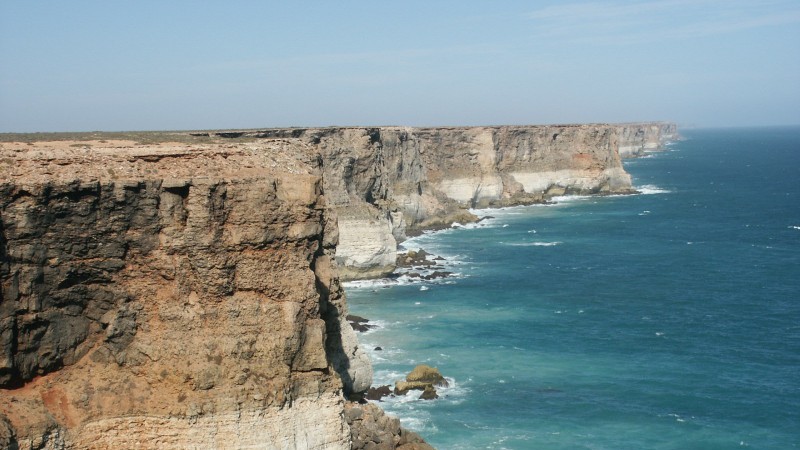 BP had intended to drill 340-400km off the southern coastline of Australia. Photo: Wikipedia

BP is seeking to offload its drilling programme in the Great Australian Bight to other oil companies, according to communications seen by Climate Home.

In September, the company said it did not intend to pursue drilling for oil in the region, citing a poor economic outlook. But since then, BP has remained coy about its intentions.

The company has not withdrawn its environmental plan application from Australia’s offshore safety regulator Nopsema. BP’s submissions have been deemed inadequate by Nopsema three times, resulting in requests for more information.

In November, Nopsema’s CEO told a senate committee that, should they eventually pass through the regulatory process, the plans could be sold to another company.

In a letter from October 19, which was sent to Climate Home this week, BP told Nopsema that “discussions with parties including its joint venture partner [Statoil] and other titleholders in the Great Australian Bight (GAB) could have a range of outcomes, including the transfer of physical or intellectual property, or indeed BP’s interests in the GAB, to a new party”.

A BP spokeswoman said the company would not “comment on commercial discussions with third parties”.

She said: “We are on title to the exploration permits until June 30, 2017 so will be exploring all options through that period, and one of those options is a transfer to another party. As we said in October, when we announced our decision not to proceed with the project, we will talk with federal, state and local governments as well as regulators to discuss ways of satisfying our commitments.  Those discussions are ongoing.”

Erik Haaland, a spokesman for Norway’s Statoil, which owns a 30% share in the Bight project, said: “We’re working constructively with BP and the authorities to systematically address the situation arising from BP’s decision. It is too early to say what the outcome will be.”

Chevron, Santos and Karoon are all actively pursuing drilling programmes in the deep offshore basin. None have come so far or spent so much as BP. The company’s investment pipeline for the basin was $1.4bn, three times larger than the next biggest player Chevron.

Piggybacking on BP’s regulatory ordeal would save prospective drillers time, money and uncertainty. None of those companies returned requests for comment.

Former Greens leader Bob Brown, whose foundation has campaigned against the operation because of the potential impact on the local environment and certain contribution to climate change, said: “It looks like BP is on-selling its rights to drill in the Great Australian Bight to others like Chevron. This is a closed-shop global corporate fix-up of one of the world’s best intact ocean ecosystems. The Turnbull government should take the Bight back out of BP’s hands.”

Analysts say that few, if any, new oil fields can be opened up if the world is to keep climate change from spiralling beyond limits agreed by the international community.

The revelation comes as US president Barack Obama declared an almost total ban on offshore drilling in the US and Canadian Arctic.

“It would take decades to fully develop the production infrastructure necessary for any large-scale oil and gas leasing production in the region,” said Obama. “At a time when we need to continue to move decisively away from fossil fuels.”

The letter to Nopsema was an attempt to block a freedom of information request for documents related to their safety plan. BP argued that a proposed release of information could lower the revenue it could raise from the chattels of its Bight programme.

Nopsema rejected BP’s appeal, although the documents remain unavailable while the company is given time to appeal again.