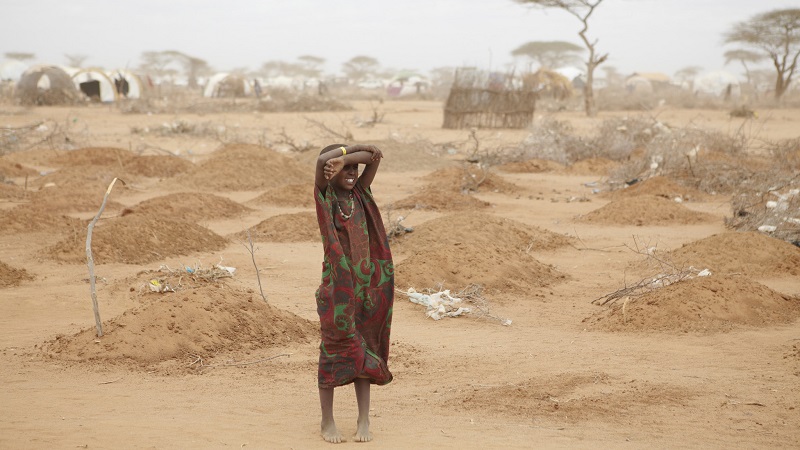 In the first-of-its-kind experiment on African soil, Kenya and Ethiopia will use models to accurately measure how much climate change really contributes to events such as floods or drought.

The project, introduced this week in Nairobi, will look at an extreme event that has affected one or both the countries in the recent past and “attribute” a certain percentage of its severity and likelihood to climate change.

The pilot, expected to start by March 2017 once a case study is selected, is the result of a collaboration between institutions of the two countries and the university of Oxford in the UK, which will provide the knowledge to start out. Scientists see this as an important step forward towards the global knowledge of climate dynamics and hope to build a compelling, evidence-based case for better risk preparedness in the continent.

Attribution science uses climate models to simulate how severe certain extreme events would be in a world without climate change, or under a higher concentration of greenhouse gases. “Comparing the two scenarios we can identify whether and to what extent climate change made extreme events more or less likely,” said Friederike Otto, a senior climate scientist at Oxford university who will take part in the project.

“Currently, the scientific community doing attribution is very small and we are a very homogeneous group,” she said. “Most of us are educated somewhere in Europe or the US. We can’t do attribution experiments for Africa very well, because we don’t have the knowledge and expertise of the local meteorology.”

Attribution studies have been carried out in America, UK and Asia, but never before in Africa.

Zewdu Eshetu, a climate scientist at Addis Ababa University in Ethiopia, said that being able to attribute an extreme event to a long term climate change pattern could prompt governments to take action. “In the short term, we will make disaster risk management a crucial part of our development agenda, which will also include climate change.”

Infrastructure development is booming in Ethiopia, with massive investments in roads and dams. One of the biggest projects, the Grand Ethiopian Renaissance Dam, was financed by the citizens through bonds. But if climate risks aren’t incorporated in the plans, the big plans that people have gambled on won’t deliver the benefits they are hoping for.

“We want to identify disaster risks associated with infrastructure development, for example flooding caused by river dams and road construction,” said Eshetu. “So when designing those developments, we need to think of what will be happening if there is [extreme] rainfall.”

The Ethiopian scientist believes that this pilot project will help incorporate risk management in his country’s ambitious development plans, but the road to success is still long.

The vast majority of African countries, including Kenya and Ethiopia, do not have the strong climate records needed to run the models.

“That is obviously one of the problems, so that’s why we form a team,” said Kinfe Hailemariam, an officer at the National Meteorological Agency in Ethiopia. “Working with multiple institutions allows the researchers to fill data gaps.”

Most Met offices in the region run weather forecasts and collect a vast body of data, but they don’t use it for scientific purposes. “For example we blended observational data [from weather stations] with 30 years of satellite data” Hailemariam said. “And there is also a wealth of data that we can rescue from paper archives”.

If successful, the attribution pilot will not only help inform infrastructural plans, but will also reinforce the call for better adaptation and long term humanitarian action. “We know that short term solutions are not enough anymore to address the problems faced by the community,” said Suada Ibrahim, a member of Kenya Red Cross. “We are looking at the underlying causes and the drivers of vulnerability in the community”.

The Red Cross team in Kenya has seen drought and floods getting much more severe in recent years. Ibrahim believes that pinpointing the role of climate change in such events will convince policymakers and development professionals that emergencies are the new normal and should be budgeted for. “Seasonal rain has always been present in Nairobi, but it didn’t used to be so bad. Buildings are collapsing, houses are marooned, people are just saying that climate change plays a part in all of this but we don’t have that sort of proof yet,” she said.

Equally, the models might find that climate change was not the primary driver of a particular extreme weather event. In that case, it could shed light on other factors that put communities at risk.

“There are some narratives out there that see all the extreme events being made worse by climate change,” said Otto. In 2014, she and her team looked at drought in Sao Paulo and discovered that climate change played only a minor role in the havoc it caused. “However, we also looked at population increase and water usage, and discovered that the latter had exponentially increased in the past 10 years.”

In Nairobi, the potential effects of climate change are combined with an array of other vulnerabilities. For example, part of the reason why recent floods have been so disastrous is the lack of basic infrastructure in the city’s informal settlements and the poor materials used to build homes.

When climate change turns out not to be the culprit, governments have to take full responsibility for their land management or urban planning, an unpopular message to convey. But the scientists working on the project hope that the benefits will win over governments, development professionals and the public.