Research shows those hit hardest by climate change can’t afford to move, supporting the call for more and better adaptation 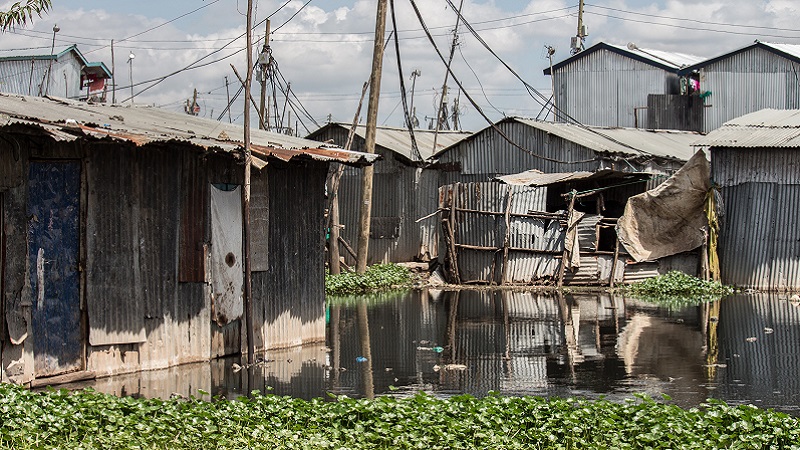 Nobody wants to leave home. Even when it gets so hot that your crops fail, or the seasonal flood turns your house into a pond. But for some of the most vulnerable, the option isn’t even there.

Kellen Murugi is an energetic single mother who provides for her three children by trading scrap metal. She lives in Nairobi’s Mukuru slum, which is home to an estimated 600,000 people. The former industrial area still bears signs of its past, with decaying factory buildings standing tall amidst a maze of metal shacks.

The young woman is determined to set aside enough money for her children’s future, but she says that regular flooding makes it very difficult to run her business: “Whenever it rains, the vehicle that comes to collect the scraps of metal and bring them to the recycling plant cannot access the settlement.” 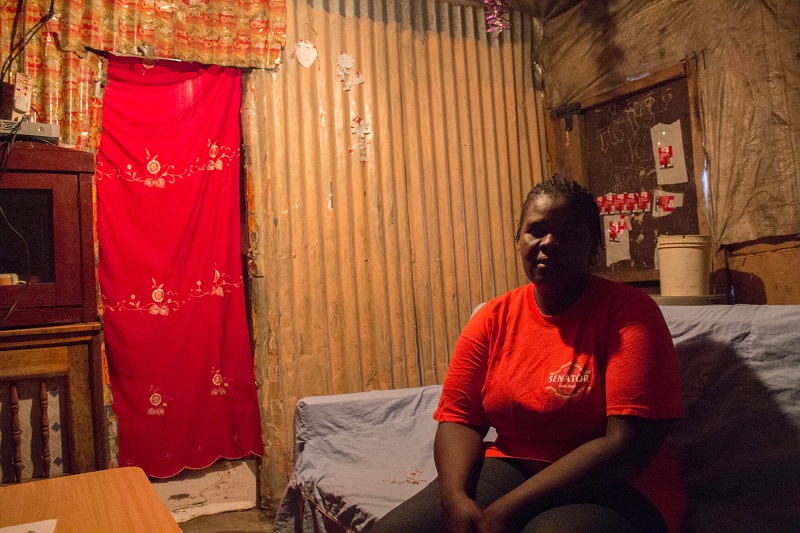 Kellen Murugi says she would leave if she could (Pic: Lou Del Bello)

In Kenya, where about 60 to 80% of the population lives in slums, flooding is a regular menace that disrupts the life of the poor, often making the difference between a small income and an empty plate.

Nairobi’s informal settlements cover only 6% of the total residential land area, yet 60% of the 3 million living in the Kenyan capital calls them home. For many slum residents, living in an insecure environment is not a choice and the prospect of climate change worsening the flooding problem fills them with dread. But escaping climate change is not that easy if you are poor.

Western leaders, including US president Barack Obama and senior military figures, warn climate change could lead to “mass migration” and a “refugee crisis of unimaginable scale“. If climate change is not addressed urgently, they say, in the near future tens of millions of people will flee from rising sea levels, drought and even conflict exacerbated by harsher environmental conditions.

The evidence available to date paints a more complex picture. A recent study examined the trends in six years of migration and weather data from Kenya, Uganda, Nigeria, Burkina Faso and Senegal.

“Many people would assume that extreme heat would force households to send more migrants out,” said Clark Gray, lead author of the study. “That’s what’s happening in Uganda but not in other countries.”

Migrating is expensive. Individuals leave behind domestic tasks to be covered by those who stay. Families who move together need somewhere safe to go and money upfront. They also need a place where they know someone, have friends or other family members ready to lend a hand. “You do that when times are good, not when they are bad,” said Gray.

While Murugi doesn’t plan to move abroad, she would love to leave Kurumu and go back “upcountry” to Meru county where she comes from. But the metal dealing business is very competitive and doesn’t pay that much: “I need to save for when my boys will want to leave our home and rent their own place,” she says. “And in Meru county there aren’t many opportunities either.”

For the time being, the family remains stuck in Nairobi and puts up with the hardships of an increasingly erratic climate.

According to a report released on Friday by research group Internal Displacement Monitoring Centre (IDMC), in 2015, almost 93% of the 1.1 million disaster-related internal displacements across Africa were due to floods. 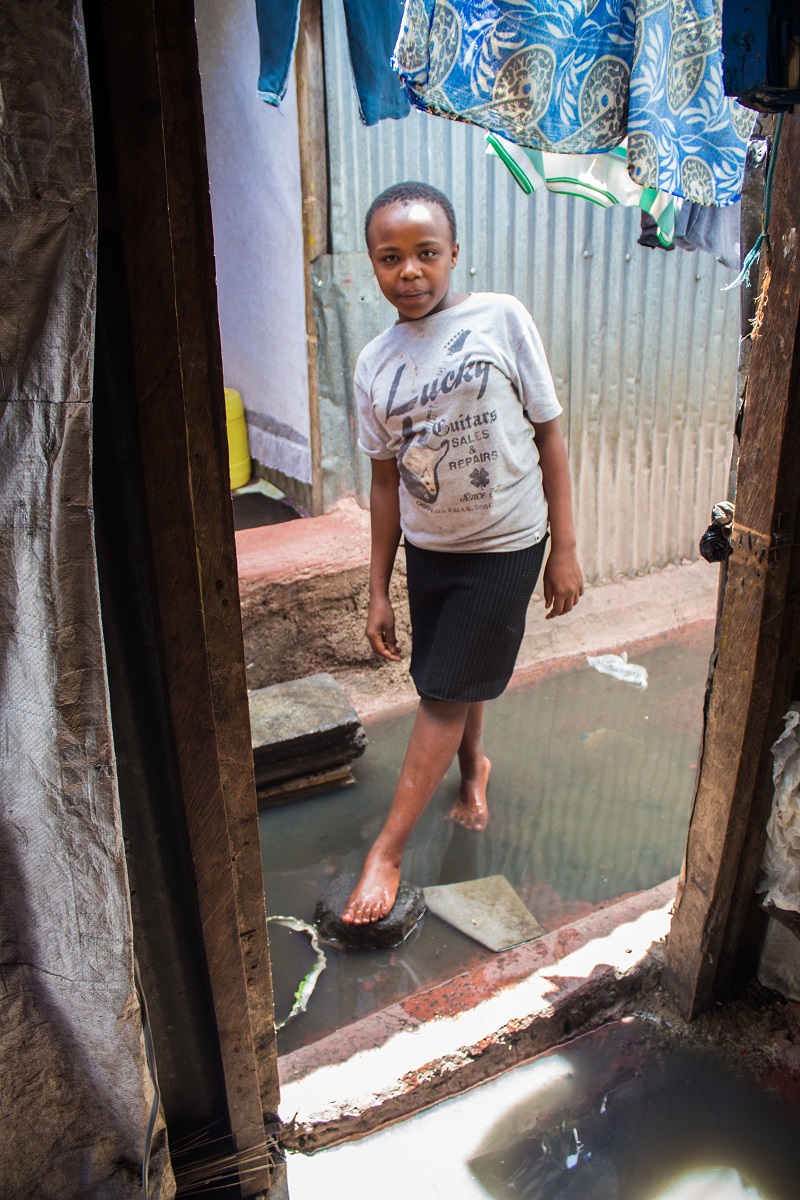 The study says that the 1.1m figure doesn’t capture slow-onset disasters such as dry spells, which would significantly increase the total. It highlights the example of Ethiopia, where between August 2015 and May 2016 food insecurity due to drought and water scarcity displaced over 390,000 people. The report points out how poverty acts in tandem with the impacts of climate change, “trapping” people in displacement for many years.

Michelle Yonetani, a senior strategic advisor at IDMC, said Gray’s work shines a spotlight on the complexities of climate change related displacement. Often people move after an extreme event, and some of them are able to go back home soon after. But a significant proportion of them won’t be able to move back.

“Some people return to a place that is not safe anymore,” she said. “Once the crisis is over, disaster risk continues to be very high so they are likely to be faced with recurrent, repeated cycles of displacement.”

But because recovery can be difficult and slow, their vulnerability increases over time, so they become poorer.

“This is something that the study misses, it doesn’t capture this really important dynamic,” Yonetani says. “It’s not that you are just trapped and can’t move, but you can’t escape from this very vulnerable situation. For me that’s also an important part of the [trapped migrants] idea.”

Researchers want to dispel the idea that global warming will see hordes of people descend on developed countries. “This story that is flying around, about climate change displacing a huge number of people to Europe or to the United States, just does not make sense and it’s not consistent with any of our evidence,” said Gray. “The idea of climate refugees is too simplistic, but that doesn’t seem to have sunk in to the policy and political community.”

Gray believes that if people get stuck in an inhospitable environment, the priority should be to help them where they are. That’s where adaptation, a sector that despite receiving growing attention within the African community still attracts just a fraction of the funding it needs, will be increasingly crucial for the survival of both migrants and trapped populations.