At COP22 in Marrakech, delegates struggle to digest the property billionaire’s surge to the US presidency 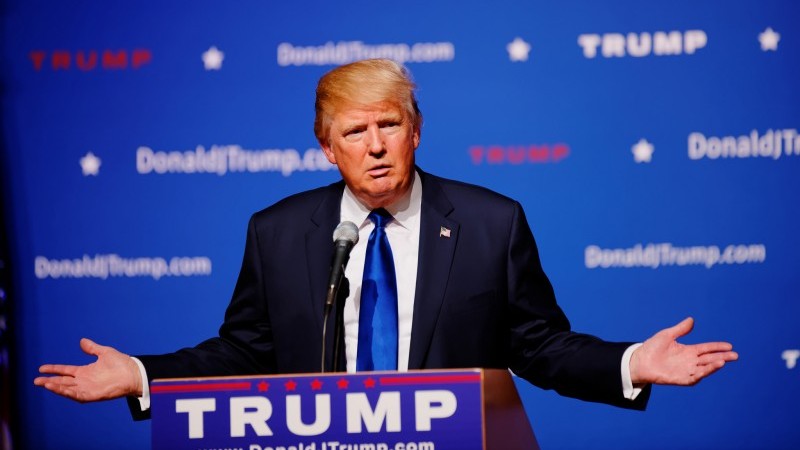 The Republican president-elect has given little firm indication of the actions he will take when he assumes office in the new year. The signs are not good for progress on climate change, but filtering policy from hyperbole has been near impossible for those following Trump’s improbable rise to power.

“It is the big news,” said Xie Zi, a climate official from China’s National Development and Reform Commission. “Maybe people just don’t know what will happen. We are just waiting, you know.”

“Nobody has thought about it, nobody has discussed it so far,” said Rajni Ranjan Rashmi, the head of the Indian delegation. “How can you anticipate the democratic process? You cannot.”

As with share markets, which plunged as more and more US states turned red, uncertainty is kryptonite for international cooperation.

Trump has said he will “cancel” or “renegotiate” the 2015 Paris climate agreement. But his true threat may lie in the disruption of the relative global stability from which that complex diplomatic treaty emerged, said Ben Caldecott, director of the Sustainable Finance Programme at the University of Oxford Smith School.

“This could upend many things and introduces instability to pretty much every part of the post war liberal order. Of course it will directly and indirectly impact the climate agenda,” he said.

As he celebrated his victory on Wednesday morning in New York, Trump extended a hand to foreign partners, but with a promise to always put US interests first. Trump swept rust belt states, on the back of a protectionist trade platform that won him many votes in towns where factory lay offs have turned the American dream on its head.

That same platform will plunge a Trump White House into conflict with the US’ most important climate partner – Beijing. Xie would not be drawn on the impact this could have on the cooperative climate progress between the world’s two largest emitters.

The timing for the climate talks is inauspicious and means the process will be the first international agreement to be affected by Trump, even before he takes office.

Comment: Which Trump will govern, the showman or the negotiator?

“[Trump] can make our lives much more difficult for a while,” Teresa Ribera, Spain’s former secretary of state for climate change, told Climate Home. “The risk is from uncertainty coming up after his election and then people may decide to sit tight, find out what’s going on before taking decisions and that could have an impact in the very short term.”

That could lead to a fuzzy, ill-defined outcome from a conference that was intended to agree on how the Paris agreement would be put into effect, said Liz Gallagher, a senior associate at the E3G thinktank.

The situation echoes the 2000 election of George W Bush. The close result and following protracted legal battle completely derailed climate talks in the Hague. Parties were forced to reconvene six months later to discuss the implementation of the Kyoto protocol. The US did not attend, having withdrawn its support, and the treaty took eight years to become ratified.

“The parallel is that it is undesirable and a shock in the international cooperation on climate,” said Ribera.

However, she stressed that the Paris agreement and the Kyoto protocol were very different beasts and that Kyoto had shown the international community was willing to press on, even without the participation of the US.

“The difference may be that now we have much more resilience and the international framework does not depend so much on the decision of one country,” she said.

Janos Pasztor, an advisor to the UN secretary general and director of the Carnegie Climate Geoengineering Governance Project told Climate Home: “We are facing challenging times, but I’m pretty sure that this process will manage to be resilient and there are plenty of actors in the world that want to move climate change forward.”

“Paris is specifically designed to accommodate circumstances like this,” said Gallagher. “Paris rises above the political cycles and allows you to come back every five years until you get the job done.”

Meanwhile, silence pervaded the US delegation compound at the conference. A press officer said a statement had been prepared but not released. She said the gist of the statement was that the negotiating team and state department would prepare to work with the transition team of the next president.

Among the NGO community, the agreed narrative was obvious: Trump can do what he likes, the arc of history is irreversibly bending toward a safe climate future.

“The one thing that I do get solace from,” said Caldecott, “is that technological change and vast improvements in efficiency and cost will happen regardless of what president-elect Trump does – it is inevitable.”