US flirts with delusion after five years of wild weather 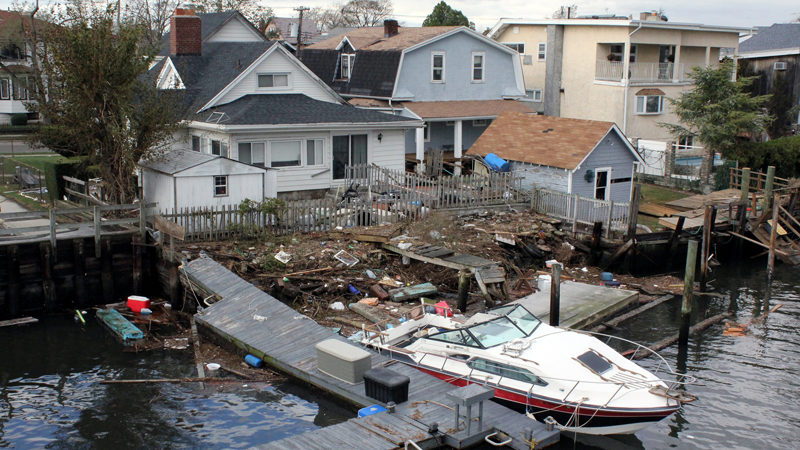 As US voters awake on Tuesday morning, it is unlikely that climate change will be on many minds.

But an almanac of five years of bizarre, hot weather, released on Tuesday by the World Meteorological Organization (WMO) has found that the warming atmosphere has exposed the US to very real, at times devastating impacts.

Hurricane Sandy was named as one of the most damaging weather events of the past five years. In all, 233 people died across eight countries as the biggest, deadliest storm of the 2012 season ploughed through the Caribbean and up the US eastern seaboard. Its storm surge famously debilitated the city of New York after flooding streets, tunnels and subways were flooded by the sea.

Because of global warming, the seas were riding about 19cm higher than normal when the storm struck. The warming of the ocean accounted for about 40% of that rise, said the WMO. Other contributions come from the melting of the great ice caps of Antarctica and Greenland.

In 2015, researchers found it was “quite possible” the barriers between the sea and the subways of New York may not have overtopped without humanity’s influence on the climate.

On the other side of the country, the wild Atlantic cyclone season of 2014, which saw 22 named storms hit the island chain, was made substantially more likely by the warmer climate. This was related to a great pool of warm water that developed in the northeastern Pacific Ocean during the year.

“The extremely active 2014 Hawaiian hurricane season was made substantially more likely by anthropogenic forcing,” said researchers from Princeton and the National Oceanic and Atmospheric Administration.

The WMO compiled research from the Bulletin of the American Meteorological Society (BAMS) on droughts, floods, cyclones and other extreme weather events that struck the world across the five year period. In 79 studies, more than half found that human-induced warming contributed to the event.

Extreme heat events were most strongly linked to climate change. Many, including the record heat in the US in 2012, were made more than 10 times more likely because of the greenhouse gases released by humans.

Across the American southwest, temperatures between 2011 and 2015 were a full degree above the 1961-1990 average. The global average for the period was elevated by 0.57C, making the southwest a hotspot for global warming.

Diplomats in Morocco had just celebrated the entering into force of the Paris climate agreement. But Taalas had a sobering message for those working in the plenary halls of the conference.

“While the Paris Agreement engages governments in pursuing efforts to limit the global temperature increase to 1.5C above pre-industrial levels, this report confirms that the average temperature in 2015 had already risen by more than one degree.”

On this front, the choice could not be more stark for voters on Tuesday. Clinton has offered solutions to fight what she calls a looming “catastrophe”. Trump meanwhile has repeatedly questioned the validity of climate science, promised to cut off funding to global climate change efforts and champion the coal industry.

The media has mostly abandoned the issue, with no questions on the topic in any of the three debates – although Clinton did bring it up.

As the world’s second largest emitter, the US position has impacts beyond its borders.

The WMO’s Global Climate in 2011–2015 report found a broad sweep of climate-related events had brought disruption and death to all regions of the world.

The 2010-12 east African drought, which saw 258,000 people die in Somalia alone, was the defining event of the five year period. In the following years, the rains failed in the south of the continent, leaving 18 million people in need of humanitarian assistance in Namibia, Angola and South Africa.

In Indonesia, forest fires raged across the archipelago during the dry season of 2015. The WMO report related this to just 34 deaths, although some estimates have been put the likely death toll at 100,000 or more. Not far north, Typhoon Haiyan struck the Philippines in 2013, destroying cities and killing more than 7,800.