Harvard and Columbia University study finds death from smoke exposure “on a massive scale” in Indonesia, Malaysia and Singapore 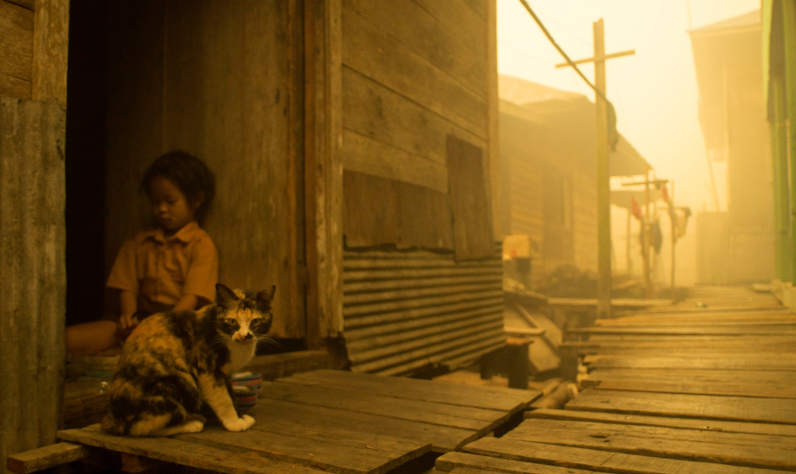 Many of the victims of smoke haze during the 2015 forest fires in Indonesia were children. Source: Ardiles Rante/Greenpeace

More than 100,000 people are likely to have died from smoke exposure as fires burned across Indonesia in 2015, according to research from Harvard and Columbia universities. The toll makes it one of the deadliest environmental calamities of the modern era.

The joint study released on Monday blows away previous Indonesian government statements that the fires killed just a handful of people. The researchers estimated 91,600 Indonesians died prematurely because of the haze that blanketed much of the archipelago during September, October and November last year.

The findings also pour fuel onto a simmering diplomatic argument between Indonesia and its downwind neighbours Singapore and Malaysia, which lost 2,200 and 6,500 of their own citizens to the pollution.

The researchers used computer models to ascertain where smoke exposure was at its highest. Once this was discovered, standardised health impact tests could estimate the likely number of premature deaths. Without an on-ground assessment the numbers are imprecise, and could be as much as 75,000 more or less.

Sarah Henderson, a senior scientist at the University of British Colombia (not an author on the present study), said the estimate of 100,300 from the 2015 fires was “certainly within the range of what I would expect, and possibly conservative”. In 2012, Henderson conducted one of the major early studies into global fire smoke mortality, which found the average global death toll from forest fire smoke was around 339,000 per year.

“This was one of the most extreme [single fire] events ever observed, and it affected a very densely populated region,” she said.

In total, the Indonesian haze killed more people than all but a handful of this century’s worst natural disasters. It was fifty times more deadly than Hurricane Katrina, which struck New Orleans in 2005. 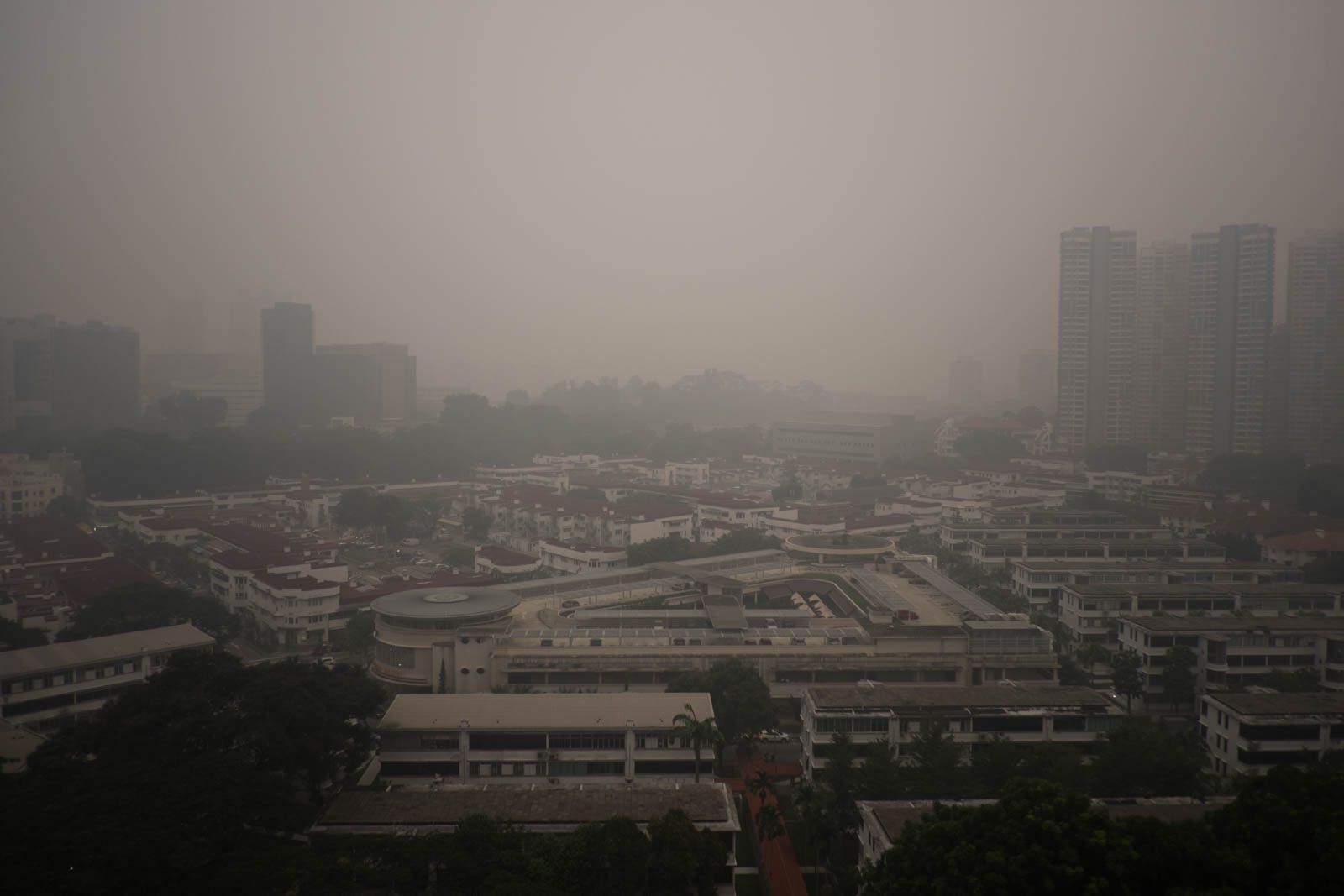 Such comparisons are inapt, because this was entirely a man made disaster. For decades the rainforests of Indonesia have been cleared to make way for food crops and monocultures of plantation timber and oil palm. The peat beneath has had channels cut through it to drain it, drying the earth. In 2015, El Niño brought exceptionally dry conditions to the archipelago and in thousands of places at once the fuse was deliberately lit.

The resulting fires contributed 3% of the world’s entire greenhouse gas emissions for that year and cost the Indonesian economy an estimated US$16.1bn. Vital orangutan habitat was lost. But the human cost has never before been estimated.

The stories of life within the smog are distressing in the extreme. Smoke exposure resulted in respiratory illness, heart attacks and the aggravation of a host of existing diseases. Half a million people were reported to have sought medical attention during the event.

Many of the victims were babies, born into an environment lacking one of the essential ingredients for life. Without clean air, many sickened and died. The authors of the Harvard study, which was published in the journal Environmental Research Letters, said that their study does not account for the extra vulnerability of the young, so the death toll is likely even higher than their estimate. Nor does it discuss the non-lethal health impacts of smoke exposure.

The study also only considered the health impacts from fine particulate matter (PM2.5) – the world’s most prominent airborne pollutant. The smoke also contained nitrogen oxides, carbon monoxide, cyanide and a cocktail of other harmful contaminants.

At the time, a spokesperson from the Indonesian government’s meteorological office called the fires a “crime against humanity”. Etelle Higonnet, a forest campaigner with the NGO Mighty, said on Monday: “Previously, governments and companies in the region repeatedly assured that no one died, or that less than two dozen deaths were recorded. Now we are finding out the truth. We now know: haze kills, it kills across borders, and it kills on a massive scale.” 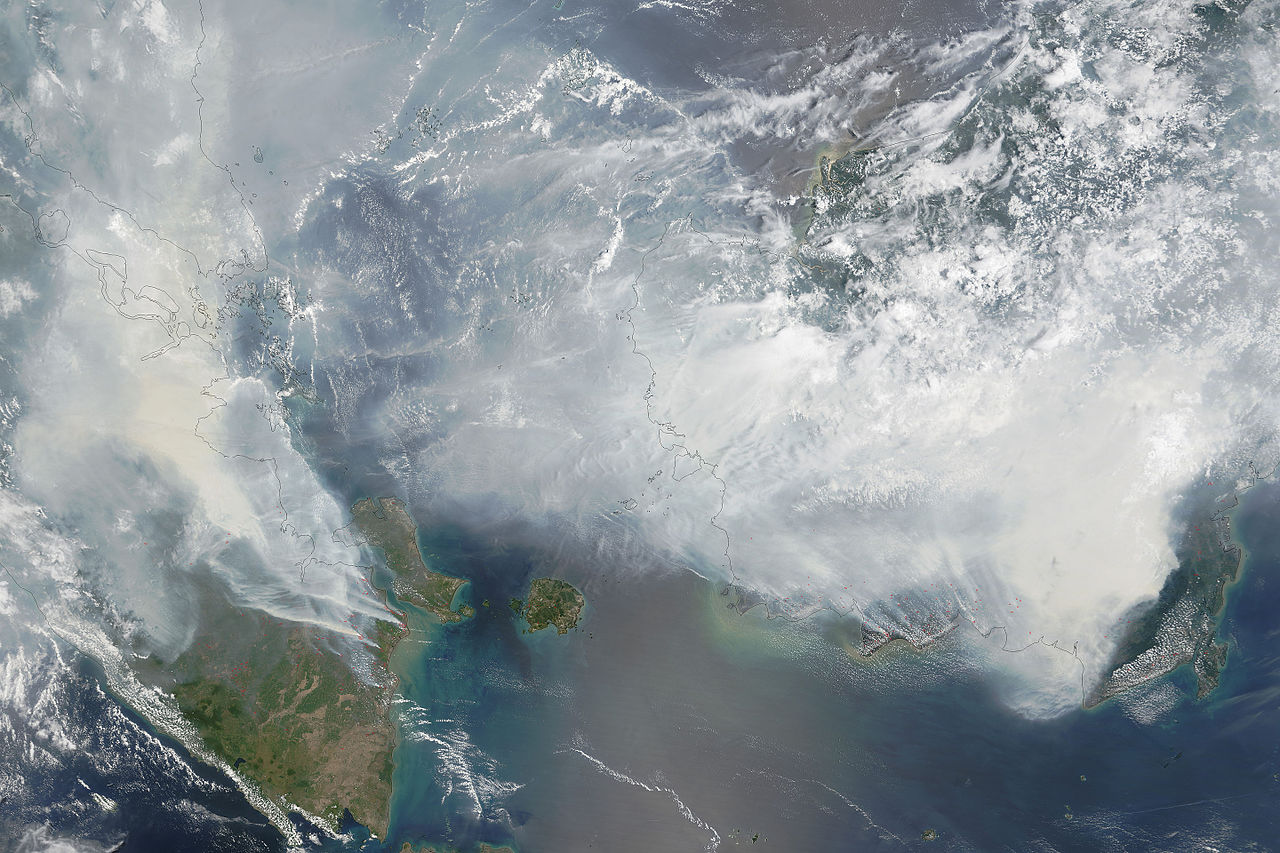 Smoke from the Indonesian provices of Kalimantan and South Sumatra drifts across the Malay peninsula in 2015. (Source: Nasa)

There are bans on deforestation and fire setting in Indonesia. But the country’s huge push to decentralise power after the dictatorship of Suharto has made federal bans hugely difficult to enforce at a provincial and local level.

The study was able to pinpoint the fires that were the most deadly, both because they created the most pollution, but also because of where they were located. Almost half of the smoke exposure was caused by fires in the province of South Sumatra. The largest share of this was from timber concessions.

Higonnet said the results could provide evidence as those affected sought to claim damages from the companies and governments who continue to turn a blind eye as developers use fire to clear land in Indonesia.

“Companies whose concessions are linked to haze-related deaths – and executives – should be held accountable for haze,” she said.

In 2015, the Indonesian government was criticised for not bringing those responsible for the cataclysm to justice. Perhaps prompted by the sluggishness of Indonesia’s response, Singaporean authorities have attempted to prosecute at least one Indonesian national over their involvement in the fires. But there were reports the Indonesian embassy intervened to block legal action.

Johannes Nugroho, a columnist at the Jakarta Globe who has reported on the diplomatic fallout, told Climate Home: “The Indonesian government is very touchy about the haze and forest fires that cause it precisely because it has been negligent and incompetent about managing the issue. Rule of law is pretty much absent here, which is why it’s difficult to implement any law.”

The diplomatic picture is further complicated by allegations that companies from Malaysia, Singapore, China and Korea were involved in illegal burning.

Nugroho said he did not think any research could shift government policy. “Especially if it’s foreign in origin. It would be seen as another foreign attempt at smear campaign. There’s currently a very strong strain of anti-intellectualism in our government.”

The 2016 fire season began in August and with it the smog has returned, although nothing like as bad as last year. In a sign that perhaps some provinces are becoming more proactive, Indonesian police have reportedly made more than double the number of fire-related arrests than the year before.

The Indonesian, Malaysian and Singaporean governments have been contacted for comment.