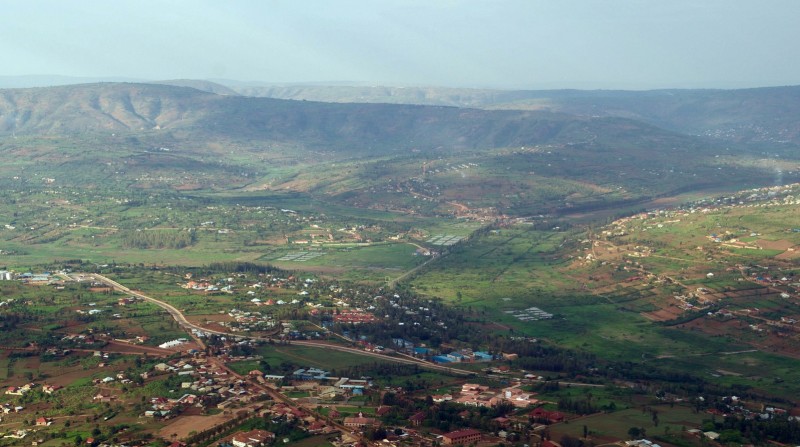 Busy weekend in Kigali, where nearly 200 countries agreed to phase out potent greenhouse gases known as HFCs in a move that could prevent 0.5C of warming this century.

Climate Home’s Lou Del Bello was in the Rwandan capital, staying up till 7am on Saturday when the meeting finally concluded. Here’s her report.

It was the third major climate event in as many weeks, coming after the Paris Agreement threshold for entry into force was triggered and a UN pact to limit aviation emissions was signed.

US environment chief Gina McCarthy said the new deal under the Montreal Protocol was a “giant leap forward”.

For top US diplomat John Kerry, neck-deep in the Syrian crisis, it was a welcome sign that multilateral diplomacy can pay dividends.

Former State Department official Andrew Light – now with World Resources Institute – underlined the fact that agreement was not just the result of a week of talks but intense leg-work since the mid 2000s.

“Achieving this historic agreement was hard fought over nearly a decade of leader-level negotiations, and a result of thousands of contributions from businesses, non-governmental organizations, and faith communities,” he said.

The UN’s environment boss Eric Solheim described the deal as a “clear statement by world leaders that the green transformation started in Paris is irreversible”.

Did you know?
According to EIA, a global NGO focused on the environment, this deal will avoid more than 70 billion tonnes of CO2 equivalent emissions by 2050, which = avoiding 0.5C of warming.

Other observers noted that despite the adulation, the final pact contained a number of holes that would limit its impact – at least over the short-term.

“It was a shame that India and a handful of other countries chose a slower time frame for phasing down HFCs but the bulk of nations, including China, have seen the benefits of going for a quicker reduction,” said Christian Aid’s Senior Policy Advisor, Benson Ireri.

“It’s also been encouraging to see small island states and African countries a part of this higher ambition group.”

IPCC in Bangkok
Great timing as ever from the UN’s climate science panel, which holds its 44th session in the Thai capital this week… days after the death of the country’s revered King. Top of the agenda: signing off a report on the potential impacts of 1.5C warming.

The HFC drama slightly obscured the latest meeting of the Green Climate Fund board, which – for a change – had some good news: it has a new boss.

Australian Howard Bamsey will take charge at the Korea-based organisation. As a former head of the Seoul-based Global Green Growth Institute he knows the area well.

According to his GCF biog he co-chaired the a UN set of talks on climate from 2006 to 2007 and served as Australia’s Special Envoy on Climate Change from 2008 to 2010.

The board approved US$745 million in funding for 10 projects, ranging from a $37 million flood prevention scheme in Pakistan to a $41 million UNDP-led forests protection programme.

They also signed off on an $80 million “Universal Green Energy Access Programme” with Deutsche Bank AG – which some might consider bold, given DB’s current strife.

Veteran Friends of the Earth observer Karen Orenstein emailed through her thoughts on the event. Here’s a distilled version:

Good: “Export-Import Bank of Korea withdrew its application for accreditation from the GCF, Sweden calls for no investments in fossil fuels.”

Bad: “Mandatory gender action plans were missing from several projects, and stakeholder consultations in some cases were highly inadequate. Yet the Board approved all regardless.”

The new BRICS bank will lend $2.5 billion next year, with its first loans targeted at green projects, its president KV Kamath told Reuters.

Climate was mentioned a few times in the Goa Declaration following the summit…. key excerpts as follows:

We support a wider use of natural gas as an economically efficient and clean fuel to promote sustainable development as well as to reduce the greenhouse emissions in accordance with the Paris Agreement on climate change.

We welcome the Paris Agreement and its imminent entry into force on 4 November 2016.We call on the developed countries to fulfil their responsibility towards providing the necessary financial resources, technology and capacity building assistance to support the developing countries with respect to both mitigation and adaptation for the implementation of the Paris Agreement.

We recognise that nuclear energy will play a significant role for some of the BRICS countries in meeting their 2015 Paris Climate Change Agreement commitments and for reducing global greenhouse gas emissions in the long term.

The third US presidential debate is THIS WEDNESDAY FOLKS, 9pm ET and moderated by Chris Wallace from Fox News. Expect the quality of debate to soar. If there’s a climate question I’ll eat an asbestos jumbo jet.

Amid the deluge of climate deals I’m sensing the UK government has missed the memo: it has to act too.

The government did issue an official response here, emphasising it will deliver a new emissions reduction plan in 2017, but will its desire to boost airport capacity undermine its goals?

According to reports over the weekend, on Wednesday the prime minister will sign off on plans to build a new runway at Heathrow and allow Gatwick and Birmingham to expand.

The bonus for us is it’s great timing for a 2-day London conference into sustainable aviation. Don’t miss Monday, 15.50: Matthew Gorman, Director of Sustainability and Environment, Heathrow Airport Limited on sustainability… and Tuesday 12.20: Prof Ian Poll FRAeS, Emeritus Professor, Cranfield University on ‘what does the physics say?’.

What the hell is Habitat III? It’s a massive UN conference on urban development taking place this week in Quito, Ecuador, and *could* have profound implications for how our cities are built and developed. Read our primer here, and follow back this week for updates.

The leaked John Podesta emails have some great vignettes on US climate policy through Copenhagen and Paris. Search for “Brian Deese”, “Todd Stern” and, yes, “climate change”