Habitat III: what to expect from the UN’s urban summit

It only takes place every 20 years and does not bind participating governments to anything, but Habitat III can help shape greener, cleaner cities 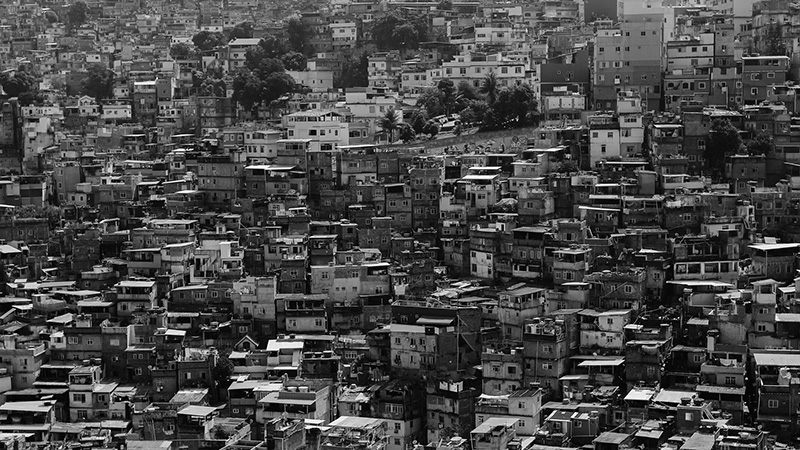 Habitat III is the huge and fast approaching UN conference you probably have not heard of.

Chances are, unless you work in a green NGO, it would have passed you by.

That’s a shame, as the four-day meeting in Ecuador capital Quito could deliver some vital inputs into global efforts to build more sustainable and greener urban areas.

As such it’s directly plugged into efforts to decarbonise the world’s economy, to wean people off cars and ensure cities are not simply concrete jungles with dirty air and water.

A 24-page final draft of the declaration which will underpin this meeting contains 22 references to climate change 10 mentions of climate adaptation.

Under “our shared vision” it sees future cities that:

And under a list of commitments it says environmental sustainability must be a central principle for future planning:

“by promoting clean energy, sustainable use of land and resources in urban development as well as protecting ecosystems and biodiversity, including adopting healthy lifestyles in harmony with nature; promoting sustainable consumption and production patterns; building urban resilience; reducing disaster risks; and mitigating and adapting to climate change.”

Why is all this important?

Cities are responsible for 70% of energy consumption and a similar level of emissions. By 2030, 60% of us will live in cities or towns. 90% of urban growth is projected to take place in the developing world.

More than half the world’s population lives in urban areas, and of those a quarter are classed by the UN as slums. According to the World Bank 1.2 billion people live in sub-standard housing, with 3 billion requiring new homes by 2030.

More than 1/2 the world population lives in urban areas, about 1/4 of these live in #slums. We must change this! #HabitatDay #Habitat3 pic.twitter.com/XB4SFldJ2F

What makes Habitat III exciting is its rarity: it only takes place once every 20 years.

What makes it less exciting is that despite an agreed declaration and input from a huge number of governments, what is agreed will not be binding.

David Satterthwaite is a senior fellow in the Human Settlements Group at IIED, a London-based development think tank.

“There is a lack of focus on local government capacity and accountability (central to delivering most SDGs) and at best ‘the poor’ are seen as passive recipients. At worst they and their needs are invisible,” he writes.

“Yet again, national governments will make long lists of solemn commitments that they will not or even cannot meet without local government and local civil society.”

As one senior London-based development official put it to me last week, “the Mayor of London’s office are unlikely to be poring over the Habitat III findings to work out what to build next and how to do it”.

Leilani Farha is the special rapporteur on the right to housing for the UN’s Human Rights Commission. She contends a current draft declaration must go further if the aim is to create a fairer world.

“A realistic vision of inclusive and sustainable cities cannot affirm the importance of economic growth without demanding a new approach to economic policymaking,” she says in the Guardian.

“This must be based on the realisation of human rights and more equitable distribution of resources in cities, including land and access to public space.”

Still – other analysts and development professionals reckon it can deliver positive if incremental change – especially on pulling together the various strands on climate, cities, clean energy and disaster risk reduction.

Here’s a briefing note from Camilla Born, a policy advisor at the London-based E3G environmental think tank, highlighting the climate links to the meeting, which starts on 17 October.

What is Habitat III?

-A meeting every 20 years that outlines the “urban agenda”
-A process that creates a guide to building the cities of the future, responding to the challenges of the time
-Habitat III will produce a declaration the reflects the world’s urgent contemporary need to deliver sustainable development – Agenda 2030, Paris, Sendai, mass migration, refugees, increasing conflict, resource crunches and climate change, inequality

What can we expect?

-A nice UN summit
-An “energiser” for the sustainable urban agenda
-The creation of a go-to document for progressive cities, planners, funders and governments
-An expansion of the evidence base for sustainably planned and managed cities

The draft declaration – this is not the final draft

-Is pretty good – if you delivered on all of this you’d be looking at a pretty utopian city. Saying that none of the policies are crazy or out of reach, each one of them will have been delivered somewhere before. However holistic delivery will require a new way of urban planning, funding and… politics.

-Climate goals are integrated through the various components of the declaration, climate action is firmly seen as an asset which can produce many mutual benefits

-The declaration seeks to reposition cities as engines for sustained and inclusive economic growth and that this can only be delivered with systemic changes in governance, planning, financing, development and management of cities

-Places the declaration in context of Agenda 2030, Paris and Sendai. Mentions well below 2C and pursuing effort to limit to 1.5C

-Seeks to explore feasible solutions for climate and disaster risks, including through collaboration with insurance and reinsurance institutions

-Supports the establishment of a UN-habitat multi trust fund for capacity development in support of sustainable urban development for developing countries. Will collaborate with climate funds to secure resources.

-Report on Habitat III implementation every 4 years. UN Habitat as focal point for sustainable urbanisation but call on other UN agencies to compliment.