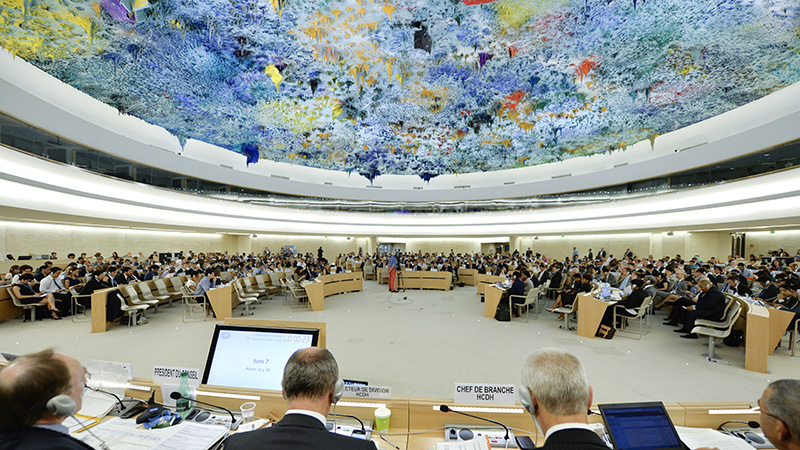 At the beginning of this month, the Human Rights Council adopted by consensus a new resolution on Human Rights and Climate Change, emphasising the links between UN climate negotiations and the protection of human rights.

A core group comprised of Bangladesh and the Philippines – the two countries having historically spearheaded this area of work of the Human Rights Council – as well as Vietnam promoted the resolution.

“Compared to any time in the past, accomplishing a world of dignity, a world of peace, a world of fairness, a world of justice may remain a far cry if we fail to factor in innovative ways to provisioning human rights of the climate-affected people” said Bangladesh’s Nahida Sobhan, calling on all other countries to support the resolution.

While the Council had already adopted several such resolutions in the past years, this year’s resolution had been negotiated under unprecedented circumstances.

Last December, all governments had indeed agreed to mention explicitly the importance of human rights in the preamble of the Paris Agreement – which thus became the first global environmental treaty to include such a reference. The reach of a consensus on this issue helped provide a positive context for the preparation of the new resolution.

“Following the inclusion of human rights language in the preamble to the Paris Agreement, there is no longer any room for arguing that human rights do not fall squarely within the climate discussion” Ben Schachter, from the Office of the High Commissioner for Human Rights (OHCHR), said.

Indeed, a cooperative spirit characterised the negotiations leading to the adoption of the new resolution; with fewer political sparks than experienced in the past.

This context also impacted the content of the resolution, the final version of which includes eleven paragraphs addressing various aspects of the relation between human rights and the UN’s climate body (UNFCCC).

The resolution welcomes for instance the adoption of the Paris Agreement, urging its rapid ratification and full implementation.

Through this resolution, the Council welcomed the upcoming organization of the COP-22 in Marrakesh and called upon States to “consider, among other aspects, human rights within the framework of the UNFCCC”.

The Council also invited the international community to enhance “cooperation and assistance for adaptation measures to help developing countries, especially those that are particularly vulnerable to the adverse effects of climate change”.

Still, the nature of the interactions between the climate negotiations and the human rights institutions remains a sensible element.

Some governments sought to clarify, while adopting the resolution, their view regarding the role that the UNFCCC and the Council should be playing.

Prior to offering his country’s support for the resolution, Russian representative Alexey Goltyaev expressed concerns with respect to the eleven references to the UN climate change negotiations contained in the draft resolution.

On the other hand, the NGOs promoting the integration of climate considerations in the work of the UN human rights bodies expect a closer cooperation between two processes in particular in relation to knowledge sharing.

Franciscans International’s Budi Tjahjono, a longtime advocate for a more active role by the Council on the issue, highlighted this expectation.

These references also echo ongoing discussions taking place in the climate negotiations. During the last negotiation session in May, some governments have continue to seek a better integration of human rights to support the full implementation of the Paris Agreement.

Uganda and Mexico in particular publically requested the organisation of a specific workshop in order to better understand how human rights obligations and principles should guide the work undertaken under the UNFCCC.

In addition to these institutional linkages, the resolution also considered specific activities to be undertaken by the OHCHR.

Since 2014, the Council has mandated annual events and reports to consider the impacts of climate change on specific aspects of human rights.

This first thematic work addressed the relation between climate change and the right to food in 2015, followed by a focus on the implications for the right to health in 2016.

The Human Rights Council conveyed in March 2016 a panel discussion on the Impacts of Climate Change on the Right to Health.

This event was followed by the preparation of a special report by the OHCHR on the Impacts of Climate Change on the Right to Health. Contents from the report fed into the resolution. 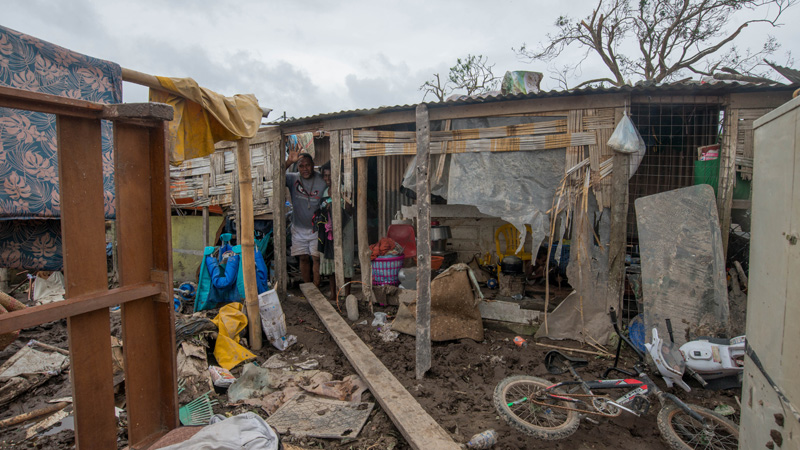 Vanuatu in the wake of Cyclone Pam (Pic: UNICEF)

“We are pleased that the current resolution explicitly takes up one of the recommendations contained in the OHCHR’s analytical study, encouraging States, as appropriate, to integrate policies on health and human rights in their climate actions at all levels, including their national plans of action for climate mitigation and adaptation.” Ben Schachter noted.

Looking forward, the Human Rights Council mandated new actions to be undertaken to further consider the implications of climate change on the rights of the child.

The Council called on all relevant experts and organisations to share information with the OHCHR in order to facilitate the preparation of a special study on this issue next year.

These activities will complement the work of the UN Committee on the Rights of the Child which already mandated a day of general discussions to be held in September 2016 with experts and governments on the children’s rights and the environment.

While the adoption of the resolution guarantees that the Council will continue its substantive work on the protection of human rights in the context of climate change, some civil society voices now call on the OHCHR to up its game internally.

“The role of the Council in relation to climate change needs to be strengthen by establishing a more permanent human rights and climate change desk within the OHCHR,” Budi Tjahjono commented.

“This would facilitate in mainstreaming the work on human rights and climate change within the OHCHR”.

Sébastien Duyck is a researcher at the Arctic Centre with a specific focus on environmental governance and human rights and a project attorney with the Centre for International Environmental Law. Follow him on twitter @duycks