Meet the woman who took on Canada’s tar sand barons

Environmental campaigner Tzeporah Berman was once branded an ‘enemy of the state’ for taking on oil companies. Now she’s talking to them, with surprising results 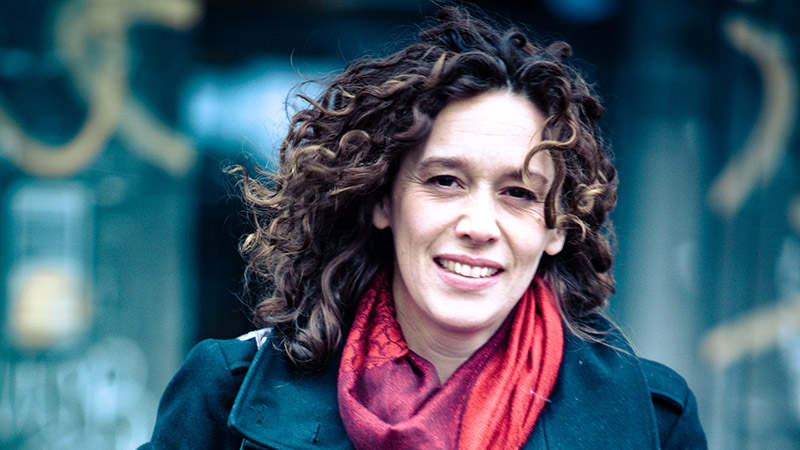 Canada’s tar sand fields remind Tzeporah Berman of Mordor, the evil land of fire and death in JRR Tolkien’s Lord of the Rings.

“It is the single largest and most destructive project on earth,” she says. Running for as far as the eye can see are “mines and open pits where toxic water is pumped out into areas the size of lakes.

“You can smell it and feel it. It is incredibly toxic – if you spend more a couple of hours your eyes start to run, your skin hurts.”

Labelled as a “whacked out nature worshipper” by the government in the 1990s, the veteran environmental campaigner has long had Alberta’s oil industry in her sights.

Where conventional oil is extracted by drilling, crude from the sands is excavated by huge diggers and intensively refined to turn it into a useable product.

This explains why previous attempts to nix the sands were non-starters.

Even some civil society groups were reluctant to call for government intervention to impose tough regulations, fearful of the wider funding implications for healthcare and education.

Yet in late November 2015, four of Canada’s largest oil sand producers agreed to a historic cap on their greenhouse gas emissions.

The limit agreed by Suncor, Cenovus, CNRL and Shell Canada with the provincial government was not that radical: 100 megatonnes a year, up from 70Mt today.

But for a province that relied on fossil fuel extraction for 70% of its revenues the cap, along with a 2030 coal phase out and planned $15 a tonne carbon price, was an unprecedented step towards a greener future.

“This is a game changer,” said Suncor CEO Steve Williams. “We are doing our part to address one of the world’s greatest problems,” said Alberta premier Rachel Notley.

Announced weeks before the Paris climate summit – where the UN hoped 195 countries would sign a new climate change pact – it was also a sign of Canada’s shifting position on global warming.

Elected to power earlier that year, Notley’s New Democrat Party took most of the plaudits for the deal – which would have been unlikely to pass under the Conservatives, who held the office for 44 years.

Underpinning it, though, were controversial negotiations between the oil giants and green groups including ForestEthics, Environmental Defense and the Pembina Institute.

Running since 2013, the talks were unpopular with veteran Canadian environmentalists like bestselling author Naomi Klein, who had long fought the tar sand companies.

Not so Berman, who emerged as a key player in the discussions and rejects any accusation of selling out in an interview with Climate Home in London.

“The oil companies have been between rock and hard place; the controversy around tar sands development has been so huge, international campaigns have been so effective,” she says.

“I would say the climate movement and indigenous groups have stopped or delayed every pipeline in North America coming from the tar sands in the last 10 years… it’s landlocked.”

Sensing the walls closing in, the industry turned to green groups in an effort to clean up its image.

For green groups, Berman argues it was a once-in-a-lifetime opportunity to at least start a conversation about an Albertan climate policy – one that previously had been off the agenda.

“Like all climate policy it is historic and insufficient, but it does cap emissions which with today’s technology, mothballs a third of permits and millions of barrels will stay in ground because of that.”

The two-year dialogue took the form of eight meetings. Some companies sensed the “writing was on the wall” as a new UN climate deal turned into a reality, others eyed a new revenue stream.

Producers hope to stay under the emissions limit by investing in cleaner extraction technology, staying competitive as the carbon price rises from C$20 a barrel in 2017 to C$30 in 2018.

“More progressive companies believe they will be allowed to produce under the limit, because they are going to be the cleanest,” she says, adding she thinks production levels will be lower in 10 years.

“Their goal is to reduce emissions per barrel… but right now it’s a gamble – the oil companies think they will be able to compete for whatever smaller slice oil makes up in the pie in the future.

“Maybe that’s true, I think they have a tough hill to climb. It’s one of the most expensive and high carbon and still extremely controversial.”

Now Alberta’s policy is in place, Berman says it’s game on, not only in the province but across the country, which under prime minister Justin Trudeau is taking a hawkish stance on climate.

Subsequently, Trudeau has signed a number of climate accords with US president Barack Obama, most recently a clean energy pledge to source 50% of electricity from low carbon sources by 2025.

Part of this new dawn is linked to Alberta’s stance on emissions, says Berman, which “unlocked polarisation” among provinces and the federal government.

Severe floods in 2013 and intense wildfires in 2016 have only added to a national sense that climate change is a real and present danger, she argues.

Still, it seems unlikely the tar sands will disappear anytime soon: Shell has invested in a $1.35 billion carbon capture facility in Alberta, which it hopes will capture 1 million tonnes of CO2 a year.

That suggests more collaboration and cooperation between natural enemies may be needed in the decades to come.

For her part, if it means she can get oil companies to agree tougher regulations, Berman is happy to engage.

“The solutions in the climate era are not black or white, they are various shades of grey. We’re not going go from no climate policy to the policy equivalent of 1.5C overnight,” she says.

“I’m going to do everything I can to ratchet up climate policy and also to support a growing and thriving movement that’s calling for the type of action we need to ensure climate safety.