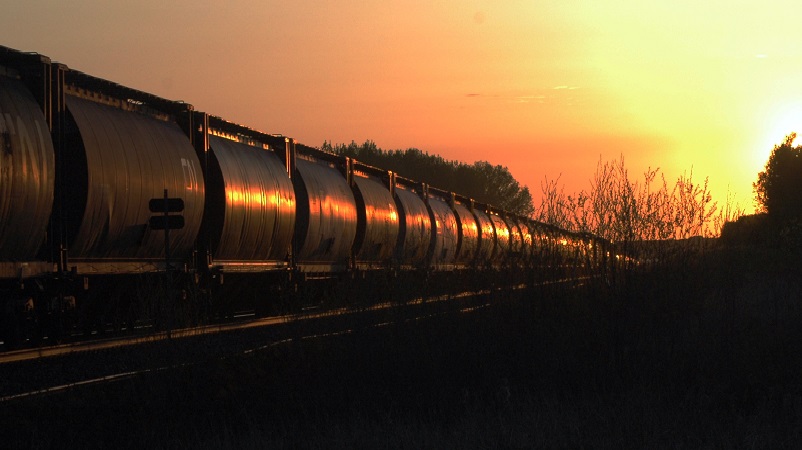 A train rumbles across Saskatchewan (Flickr/Jeff)

Canada’s resource-rich province of Saskatchewan doubled down on its tar sands industry this week, as raging wildfires intensified national debate over oil pipelines.

Opening parliament after an April election returned Brad Wall as premier, his Saskatchewan Party hit out at critics of fossil fuel extraction.

In its Throne Speech, delivered by lieutenant governor Vaughn Solomon Schofield, the administration did not refer to climate change directly.

But it accused opponents of threatening jobs in coal, oil and gas sectors, “all in the name of some misguided dogma that has no basis in reality”.

That amounted to a dismissal of the overwhelming scientific consensus burning those fuels raises global temperatures and disrupts the climate.

The assertion came as one of the projected consequences of global warming – more frequent and severe wildfires – materialised on the province’s borders.

A blaze that started in neighbouring Alberta, forcing the evacuation of 80,000 people from Fort McMurray, expanded eastwards.

While forest fires are a natural occurrence in the region, the scale of this one is exceptional, burning nearly 5,000 square kilometres (2,000 sq miles) and counting.

That is equivalent to the area of Alberta affected by wildfires in the whole of 2015, itself a worse than average year for fires. 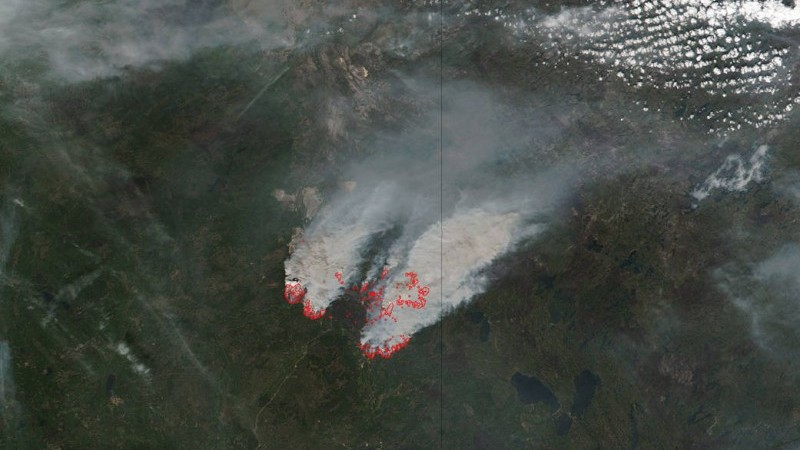 It is raising the temperature, too, of national debate on a proposed oil pipeline expansion across the Rocky Mountains.

The National Energy Board conditionally approved the C$6.8 billion Trans Mountain project on Thursday, saying it was in the national interest and environmental risks were manageable.

Environmentalists criticised the body for not taking into account the greenhouse gas emissions from enabling a rise in tar sands extraction.

“The National Energy Board has no business supporting this dangerous proposal after utterly failing to consider the climate chaos associated with tar sands development,” said Marcie Keever of Friends of the Earth US.

To advocates, however, it is the shot in the arm the economy needs to recover from wildfire damage.

Tim McMillan, CEO of the Canadian Association of Petroleum Producers, said: “Getting the green light on energy infrastructure projects such as the Trans Mountain Expansion would be a tremendous stimulus for the Canadian economy.”

It is not a done deal, with Justin Trudeau’s federal administration expected to take a final decision later this year.

While Trudeau has signalled a desire to unite the provinces behind a more ambitious climate policy, his stance on the pipeline remains unclear.

His friendship with US president Barack Obama, who was eventually persuaded to block Keystone XL on climate grounds, will hearten greens. So too will promises to improve relations with indigenous groups, who are largely against the development.

On the other hand, Trudeau supported Keystone XL and has described blocking pipelines as a “simplistic solution” to the complex problem of climate change.

Saskatchewan’s refusal to acknowledge that problem even exists underlines the challenge of rehabilitating Canada’s carbon-cutting policies.