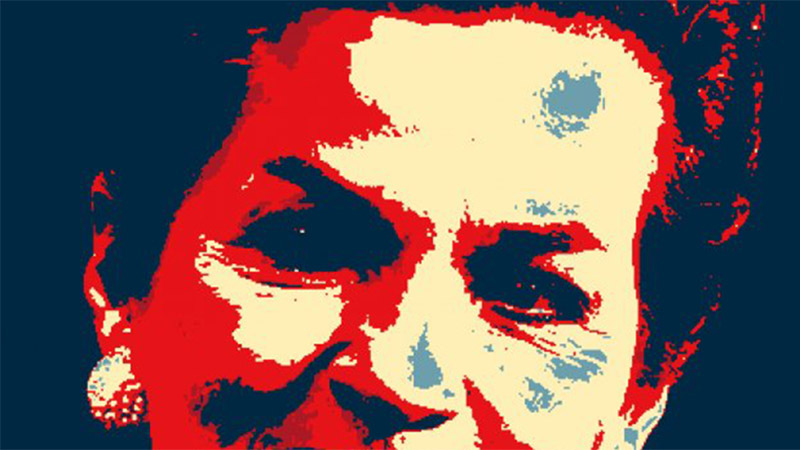 In an era where trust in politics and politicians to deliver real change is fast declining, Christiana Figueres says she can restore hope.

Announcing her candidacy for the job of UN secretary general, the 59-year-old Costa Rican pushed her role in the 2015 Paris climate agreement as evidence she is the real deal.

“I believe I have proved my stripes,” she told reporters. “The last six years shows I can get things done in the multilateral arena.”

It is a pitch that draws heavily on Barack Obama’s “change we can believe in” 2008 presidential campaign, and one she elaborates on in a 16-page vision statement.

“Today we are witnessing a downward spiral of political dislocation, where lack of trust in political systems is leading people to seek solutions based on exclusion, division and isolation by community, ethnicity, religion, gender or nationality,” writes Figueres.

“Some of those who seek to impose their will through force have become more sophisticated and, unfortunately, more cruel – with increasing disregard of human rights.”

A distinctive message is important. In a field boasting UN heavyweights like Development Programme chief Helen Clark and a host of former prime and foreign ministers, she needs a compelling brand to stand out.

Figueres also seems to have taken inspiration from Pope Francis’ positioning at the Vatican, who presented himself as the only man who could reform a vast and stale organisation.

In his time in office Pope Francis has presented himself as man of the people, washing the feet of prisoners and migrants and berating politicians for failing to tackle global inequality.

The human impacts of global warming were a regular focus for Figueres as UN climate chief, and the need to connect and empower people is a theme she frequently returns to in the vision statement, published on a shiny website this week.

“We must work to ensure that citizens feel like stakeholders in a future they are invested in since, without this, disengagement and despair are the only path open to them,” she writes.

This won’t surprise those who have lived and worked in the climate change bubble since 2010 – a world shaped by Figueres’ forceful personality.

Arriving after the devastation of the 2009 Copenhagen summit, she worked hard to build new climate alliances among youth groups, businesses and civil society.

Countries deeply hostile to a greenhouse gas cutting deal in the Middle East were embraced, the efforts of major polluters China and India to decarbonise their economies loudly praised.

There was even an unusual yet strong call for green groups to back off in their efforts to demonise fossil fuel companies, which she said offered solutions to the climate challenge.

That message of empowerment was illustrated in the Paris climate deal – where the UN imposes little but asks national governments to deliver what they can – and in her vision statement.

“By embracing this new form of multilateralism we can address the wide array of international peace and security threats we face. It is our best chance to improve the lives of people everywhere,” she writes.

Still, if the message of empowerment and hope worked in the UN climate arena, it’s far from obvious whether it can win the zero sum game of New York.

Here deals over influential positions are brokered behind closed doors, with the ever-present veto threat from the five permanent members of the Security Council: France, Russia, China, the UK and US.

The Costa Rican’s time in office saw her develop strong bonds with governments, but in the likes of Clark and UNESCO’s Bokova she faces opponents with significant institutional power in the UN.

That – along with a convention it’s Eastern Europe’s turn to hold the post – may explain why UK bookmakers Ladbrokes rate her a 10/1 chance, with Bokova the 2/1 favourite.

The next few months will see all candidates rack up their air miles, meeting the presidents and prime ministers who will determine their fate.

Clark has a head-start, having met governments in France, the US, UK, Egypt, Japan, Russia and Malaysia in the past two months.

I believe my years of leadership experience are well suited to tackling the challenges the #UN faces. #Helen4SG pic.twitter.com/a8ir2bsthF

A loyal boss, Figueres has appointed a small team, drawn from her years in climate.

While her main rivals may have more prime ministers in their contact books, Figueres draws support from a broad global constituency, including all the major green groups and a significant number of business leaders.

Win or lose, her bid will put climate change on the agenda of all candidates and force them to explain how they would support the Paris deal.

It’s rare that 195 states come together in emphatic agreement, offering the UN a shot in the arm at a time when its purpose and authority is being questioned.

And it’s clear that the former UN climate chief and her team intend to use this unusual show of global unity to bolster her case – as she intimated in Thursday’s media call.

“It is very clear that climate change is a major emergency… it and the sustainable development goals are one and same agenda,” she said.

“They are principles for peace, human rights and development into the future. I do not see them as being different.”