A solar entrepreneur struggles to get finance, while a minister defends a superfluous LNG terminal at London’s Africa Energy Forum 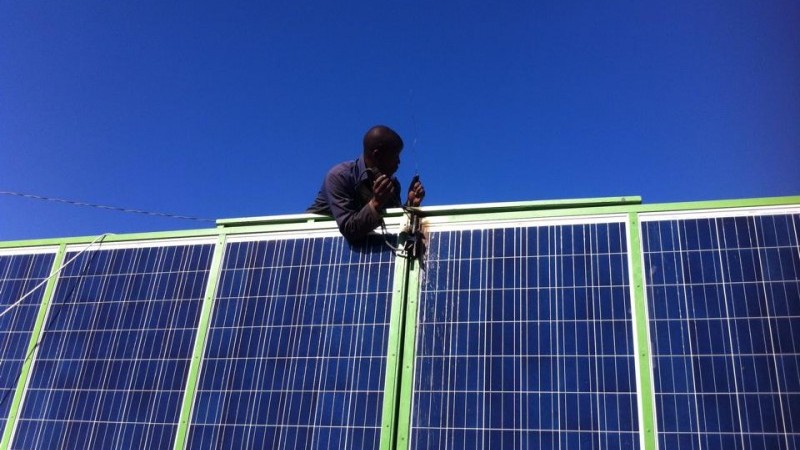 An engineer fixes the hinge on a portable solar power container (Pic: SolarTurtle)

It looks like it could carry milk or paraffin, but this plastic bottle is full of batteries.

Villagers can fill it up at a solar hub in the Eastern Cape, South Africa, and take it home to power phones or lightbulbs.

Lungelwa Tyali, entrepreneur behind the PowerTurtle model, has sold about 130 of these devices and would like to scale up.

There is no shortage of demand, in a country where 4 million people have no electricity connection, she tells Climate Home. Across the continent, two thirds of Africans are off grid.

Here’s the rub: “Financing at the moment has been a challenge for us.”

It is not that there is no money. Donor countries and development banks have pledged billions in climate finance. The private sector is increasingly looking for greener options.

Yet it doesn’t always meet its mark. The UN-backed Green Climate Fund, with US$10 billion start-up capital, is struggling to find enough projects to support.

Tyali is in London for the Africa Energy Forum, where project developers mingle with financiers and consultants in the hope of securing critical investment.

Seven African ministers are there, touting opportunities in their respective countries.

The priority is meeting a massive energy deficit, whether from clean or dirty sources. The coffee is sponsored by Shell.

Two renewables developers from Ghana are eating lunch by the window, catching what natural light they can on an overcast British summer day.

They have a number of explanations why the cash is not trickling down.

The time it takes to administer deals with development banks or major funds is one: 5-9 months, according to Charles Yawson, compared to 1-3 weeks for start-ups in Silicon Valley. “That kills an entrepreneur… the process alone will scare you.”

Then there is the investor perception this kind of project is risky, says Emmanuel Quarcoo. “The key issue is guarantees. Most African governments are so stretched, they don’t have the balance sheet to give out guarantees.”

Institutions are biased towards conventional power plants, they complain. And despite recent price cuts for solar panels, abundant sunshine and high gas import costs, politicians persist in seeing renewables as too expensive.

This is reflected in the half hour available for media to try and pin down answers from the seven assembled ministers.

A journalist from Interfax asks power minister John Jinapor why Ghana is building two import terminals for liquefied natural gas, when (she asserts) it only needs one.

“I don’t know the basis for determining we only need one LNG [terminal],” he protests. “It is a matter for the country and we think we will need two.”

The country is aiming for 10GW of gas power capacity and domestic supplies will not be enough, he adds. 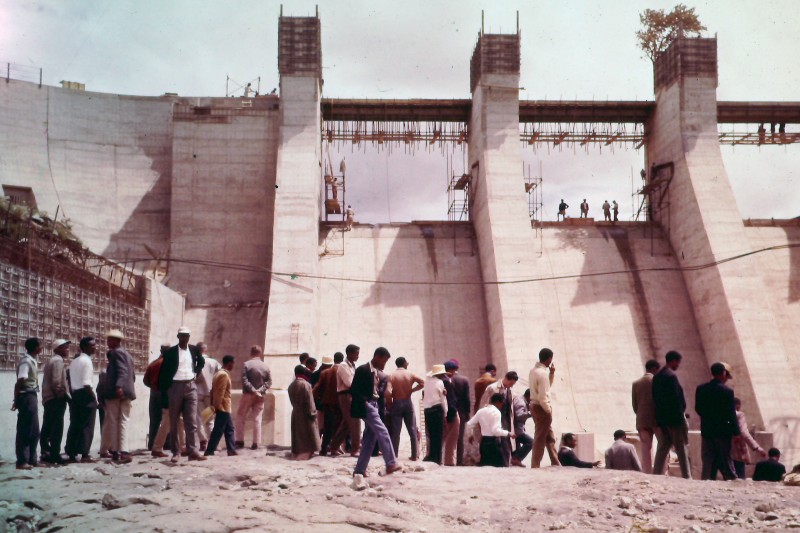 Liberian energy minister Patrick Sendolo is asked what African countries want to see from the next UN climate summit in Marrakech, Morocco.

He seems disconcerted by the question, saying Liberia is “supportive” of climate initiatives before moving swiftly to a defence of fossil fuels.

“We have a thirst for energy,” he says. “Sometimes the message is: don’t do this project or that project, when it is one of the most cost-effective ways to supply energy.”

Ethiopia, blessed with the second largest hydropower resources on the continent, is more closely aligned with the climate agenda.

Nearly all its modest electricity consumption comes from renewables and the government aims to keep it that way while widening access.

Its climate pledge towards the Paris pact was among only five globally judged “sufficient” by analysts at Climate Action Tracker.

“The economy is based on green economic development,” says water and electricity minister Motuma Mekassa.

“We cannot develop all the projects by government alone; we are trying to create an enabling environment for the private sector to come and invest.”

In a bid to bridge the finance gap, the UK government and conference organisers EnergyNet have launched the Off the Grid Club. PowerTurtle is a founding member.

They occupy a “village” in one corner of the exhibition hall. It is the opposite end to the “Platinum Bar”, the exclusive hangout of ministers and VIPs.

It’s a small gap that underlines a clean energy policy chasm in Africa. Between village and bar, huddles of suits discuss deals large and small.

Those legacy projects the politicians are so keen on will fire up factories. But it is the off-grid innovation that could change the lives of millions in rural communities.

There is a gender divide, too. An all-male opening line-up is followed by a female-only panel on empowering women entrepreneurs.

On stage for the second discussion, PowerTurtle’s Tyali says it’s time to tackle those divides that are holding the continent back.

“We don’t need to be put anywhere, as women,” she says, in response to a question from the audience. “We need to bring the men back  to the villages to start working hand in hand with us.”