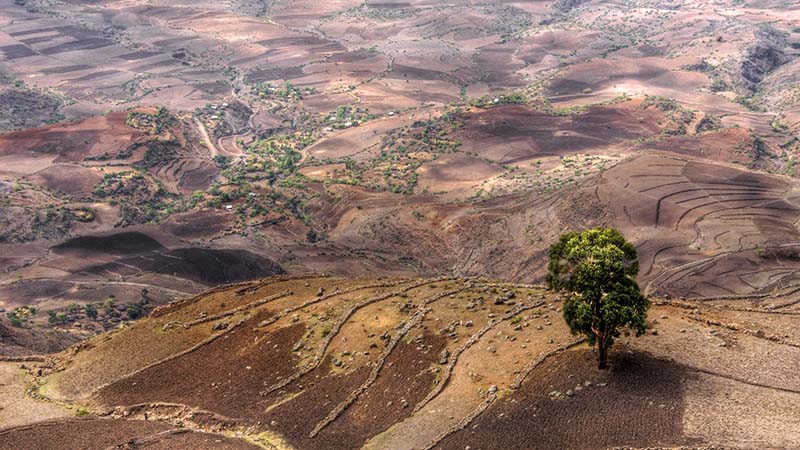 Ethiopia became the third African country to unveil its plan to slash carbon dioxide emissions as part of an global pact on Wednesday.

The continent’s second most populous country said it would target at least a 64% cut within 15 years on the current trajectory of emissions, in its submission to a UN portal.

That makes it the 39th country to post a so-called intended nationally determined contribution, in UN parlance, towards curbing global warming.

“The full implementation of Ethiopia’s INDC is contingent upon an ambitious multilateral agreement being reached among Parties that enables Ethiopia to get international support and that stimulates investments,” the government said.

The country is betting on reducing heat-trapping gases in its forestry and agriculture sectors, which accounted for 85% of emissions in 2010.

Proposals to roll out more efficient cook stoves, and plant over 7 million hectares of trees drove its plan to reduce emissions to 145 rather than 400 million tonnes of carbon dioxide by 2030.

“Ethiopia’s strategy to build a climate resilient green economy is showing the way to rich countries – from Australia to Japan – who have yet to announce their final countries commitments ahead of the critical climate summit in Paris in December,” said Tim Gore, Oxfam international climate adviser.

The republic would boost wind and solar energy, and “leapfrog to modern and energy efficient technologies in transport, industry, building sectors” as it vies to become a middle-income, carbon neutral country. It too intends to sell carbon credits to become a green economy.

Cash from rich nations would be critical, funding green projects and enabling it to adapt to climate impacts like more frequent and severe droughts and floods.

Its climate change strategy calls for $7.5 billion a year, but the country is estimated to only be able to afford $440 million a year, the Guardian reported last year.

Between 2008-2011 it committed 14% of its national budget to climate change, according to the Overseas Development Institute.

Ethiopia had $48 billion in gross domestic product in 2013, and has a population of 94 million according to the World Bank.

Gabon and Morocco released their INDCs in April and June respectively.